Why is Sex So Much Harder To
Write Than Violence?

"Believe me, you need to be thick-skinned to write about sex."

Sex is a far touchier subject than violence.  As someone who writes books with storylines embroiled in sex and violence, I have pondered many times about society’s appetite and tolerance towards both, and in turn the challenges for the artists creating such pieces. Why should sex be more controversial when violence is morally unequivocal; it is wrong—but sex is part and parcel of being a human being? Is it a devastating indictment of modern society that violence is so prevalent we are immune to watching it? In my view, no. I think the exact opposite. Few people reading this will (I hope) have experienced extreme violence. It is outside our expectations of life and so easier to watch with detachment. But most people will have had sex and have strong feelings about its portrayal.

It is precisely because sex is a much more integral part of most of our lives that we find it more difficult to watch and read about without criticizing. Not only do we have more of our own thoughts and ideas about it, but the intermingling of sex and love cuts deeply into our emotional core, which is private.

Turning the situation around to the reader or viewer, the converse is true. Sitting alone reading a raunchy book is more private than watching a sexy film, surrounded by your parents and or grown up offspring. And watching violence, or sexual violence on a screen is more disturbing than reading about it, because it pushes straight into your mind like real violence, without giving your brain time to process it.

Although the tasteful fictional depiction of sex will always be a challenge, it is easier to deal with from behind the lens of a camera than it is for a novel writer like myself.  A cameraman can step back and move the lens into soft focus. Mood music helps. But there are many reasons why the vast majority of the world’s population have sex at some point in their lives, yet 99% of authors would rather not write about it. Let’s start by discussing book prizes.

Article continues after advertisement
There are so many greater sins a writer could commit—such as writing a plot with many inconsistencies, one with exploitative violence, or one that is bland and boring. So why pick on writing about sex?

The U.K.’s prestigious Literary Review  doles out a Bad Sex in Fiction Award every year. Last year it was won by Christopher Bolen, an American writer. It was originally set up by literary critic Auberon Waugh, the magazine’s editor at that time, and the literary critic Rhoda Koenig, to draw attention to poorly written, perfunctory or redundant passages of sexual description in modern fiction. I think it’s a mean-spirited award and find it quite bizarre that a magazine designed to encourage an interest in fiction should decide to attempt to curtail freedom of expression by ridiculing writers, who are highly regarded in their field, just because they have attempted to describe sex in a way the judging panel finds distasteful.  There are so many greater sins a writer could commit—such as writing a plot with many inconsistencies, one with exploitative violence, or one that is bland and boring. So why pick on writing about sex? From a writer’s point of view, even the mechanics are tricky. For example, finding a suitable way to talk about genitals and climaxes is difficult. Many words referring to our private parts, or to sex, are used as swear words, or in a derogatory sense. The reason for this in itself could be the subject of a doctorate thesis. As a consequence, the bad sex award is often won by someone who uses obtuse and weird imagery instead. But given so many people’s sensibilities, can you really blame a writer for doing that?

We cannot ignore sexual violence in this discussion. Where does this fall? This November, the Staunch Book Prize will be handed out for the very first time. It will be awarded to the author of a novel in the thriller genre in which no woman is stalked, sexually exploited, raped or murdered. In view of this there has been much comment in the press, expressing surprise at the popularity of novels where women are sexually exploited with female readers, and expressing curiosity as to if any novel in the genre could fulfill this criteria.

Sexual assault seems to takes up a far more important position in the genre. I suppose it is because so many women have been sexually threatened at some point in their life and find reading about it satisfying for two reasons. First all too frequently they can relate to the situation in the novel. Or at least to aspects of it. Second, there is closure in fiction. Perpetrators usually get their comeuppance. So is the Staunch Prize yet another prize trying to minimize writers’ freedom of expression? At least this award operates in the opposite direction of the Bad Sex Prize; it operates to award good writing, not bad.  Time alone will tell what repercussions the Staunch Book Prize will have. However, it implies criticism towards writers like me, and makes me feel defensive.

Most novelists write from the power of their imagination. However, when a novelist writes about sex, people imagine they are writing from their personal experience.

But back to why novelists who write about sex are in the firing line. I would like to continue to address the issue of privacy. Most novelists write from the power of their imagination. However, when a novelist writes about sex, people imagine they are writing from their personal experience. Or at least from their sexual fantasies. Because my debut novel Obsession contained a few raunchy scenes, I have been subjected to a barrage of comments—some funny, some lewd, some insulting—including an increase in men hitting on me at parties.

Why, as I am a crime novelist, have they not imagined I am wielding a knife in my pocket, rather than that I am sexually available because I wrote about sex? I’ll tell you why. Sex is so intimate; you can’t write about it unless you know about it. Let’s be honest here, a virgin wouldn’t be able to write a realistic sex scene, and perhaps another reason authors are reluctant to write about sex is that many writers would rather not have their readers speculate about the story behind the sex scene. But someone who has never been in a fight could imagine what it feels like to be punched, because they may have walked into a wall, or bumped their head on the kitchen cupboard.

Of course, writing about violence also presents its challenges. Because being physically hurt is a less private situation emotionally, it is less embarrassing to depict as a writer. However, as inflicting injury on others is morally abhorrent, writing about perpetration of violence sensitively and realistically involves careful handling beneath a weight of moral responsibility.

Sex and violence are both tricky subjects, provoking many different reactions in all of us. But believe me, you need to be thick-skinned to write about sex.

After graduating, Amanda Robson worked in medical research at The London School of Hygiene and Tropical Medicine, and at the Poisons Unit at Guy’s Hospital where she became a co-author of a book on cyanide poisoning. Amanda attended the Faber novel writing course and writes full-time. Guilt is her second novel.

Mystery in the Age of Empire 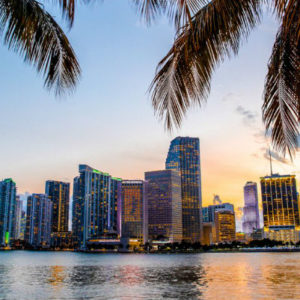 I don’t think Alex Segura and I have ever been in the same place at the same time. Otherwise surely we would have been...
© LitHub
Back to top