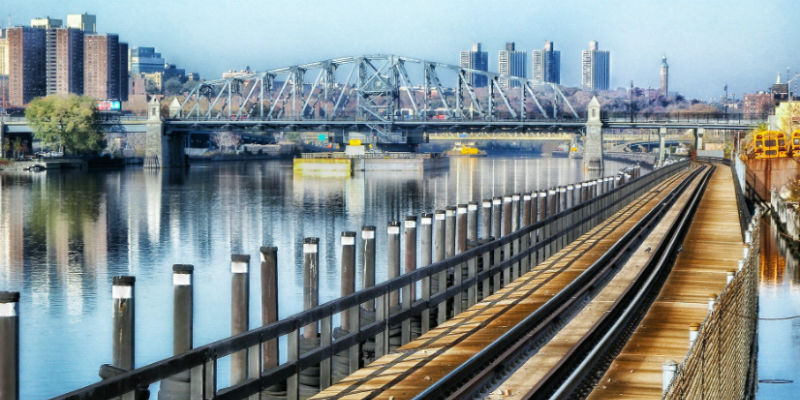 Why Isn't There More Crime
Fiction from The Bronx?

Angel Luis Colón on Searching for Noir from His Home Borough

VIA DOWN AND OUT BOOKS

Being a crime writer from The Bronx, I’ve often found myself wondering about the breadth of work in the genre that either takes place in the borough or is specifically inspired by a time there.

These are the cases where Google is your friend. A few searches with varied word strings and it’s easy to find a nice list or essay about the subject. Unfortunately, here’s a snapshot or two from my personal searches. 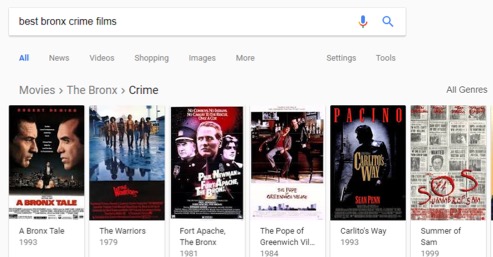 The hell? Is that it?

Where the hell is The Bronx? Where is the diverse environment I grew up with?

Where is the place every other borough resident turns its nose up at? The home of the criminal element; the birthplace of, “Whoa, whoa, whoa—don’t take the 6 north of 125th Street after sunset!”.

The rabbit hole is deeper than even I believe and in pursuit of these works, I found myself with more questions than answers—more frustration than closure.

The Warriors? I love that movie, but they’re from Coney Island. It doesn’t really count.

Don’t get me started on the lack of, well, ME on these searches (to be fair, I don’t include where I’m from in my bio or do I still live where I was raised, so I’m being facetious). That said, we seem to have a dearth in films and literature about crime in a place where most people believe folks commit misdemeanors and felonies as easy as breathing.

What’s more: plenty of incredibly talented individuals are from The Bronx. Why is it then that a lot of crime fiction avoids the borough like the plague? Shouldn’t a crime-ridden wasteland be an excellent source material for dozens upon dozens of movies/books? Is there something more at play? Does the Bronx merely suffer from being only miles away from the infinitely more exciting 13.4-mile long, 2.3-mile-wide island of Manhattan?

It’s difficult to pin things down and find a source of the issue. Maybe crime fiction isn’t something that Bronx artists gravitate to. Maybe there isn’t interesting crime going on (a stretch). Perhaps, though, perhaps we need to take a hard look at the demographical difference between the Bronx and other boroughs.

Did you know the Bronx is the most diverse area in the country? As of 2013 it’s also a majority Hispanic or Latino population. This is pretty impressive since the Bronx was 98% white back in the 40’s. In less than a century, that’s a huge sea change. That said, it isn’t without obstacles. The Bronx is one of the least educated boroughs and officially has a single bookstore (think about the size of this place and that there’s no access to books—that’s insane). More than 50% of Bronx residents work in the service industry—no surprise, in Manhattan.

Sort of makes the borough a bit of a serfdom, don’t it?

The simple fact remains: there is a woeful amount of crime fiction coming from a borough that’s been synonymous with crime for nearly a century.

It’s obviously not cut and dry. There are a million factors and thousands of graphs I can share and pore over for thousands of words. The simple fact remains: there is a woeful amount of crime fiction coming from a borough that’s been synonymous with crime for nearly a century. And it’s not my belief that the genre should be the top genre out of the borough—that would be silly—but I think it’s worth pointing out and I think it’s worth thinking about the “why” in this equation. What are the downstream impacts? Are enough writers able to portray what they know? Are audiences being exposed to fiction that provides all perspectives? Does it take a life of comfort to fictionalize crime? If the majority of a population is marginalized and under the middle-class line, is it merely lack of opportunity to pursue an interest in the crime fiction genre?

Like I said, much bigger questions sprung out of a simple Google search.

It makes me wonder if we don’t only consume media as a pure escape but at times create media as an escape. Those marginalized the most craft beauty in the place of an ugliness that is overwhelming while those in comfort can fictionalize and envision their banal or most outlandish nightmares.

Or maybe Manhattan is a monolith—more capable of inspiring the imagination of creatives, local and non-local, than any of the outer boroughs. Similar searches for each borough return similarly anemic results. Manhattan, though, is immediately visible in the mind’s eye when people talk crime fiction. It is the place most people think of when the words New York are spoken; not the suburban sprawl or the acres and acres of farmland only dozens of miles north of the boroughs.

I don’t think there’s a simple solution for this borough-specific drought. Other boroughs, cities, and towns are as notably absent in the genre. There are places all over the country with just as much lack of opportunity to pursue the arts as a passion. Access to the genre—more libraries, bookstores, and events—would certainly drive interest.

Speaking of which, all that Googling did bring me a positive sign—The Lit. Bar, a project spearheaded by Bronx native, Noëlle Santos. A project started in 2014 to get a space built in the South Bronx that could provide a neighborhood in desperate need of an independent bookstore, seems to be nearing establishment of a physical presence in Mott Haven (a pretty rough neighborhood, trust me). Read more about Noëlle and her work at http://www.thelitbar.com/.

Something positive did come from that search after all.

Angel Luis Colón is the Anthony and Derringer Award-nominated author of No Happy Endings, the Blacky Jaguar series of novellas, and the collection Meat City on Fire (and Other Assorted Debacles). His fiction has appeared in multiple web and print publications including Thuglit, Literary Orphans, and Great Jones Street. His most recent novel is Pull and Pray.
https://angelluiscolon.com/ 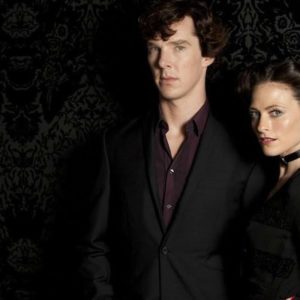 I write Sherlock Holmes pastiche, the collective name for that vast body of reinterpretations from other creators featuring...
© LitHub
Back to top