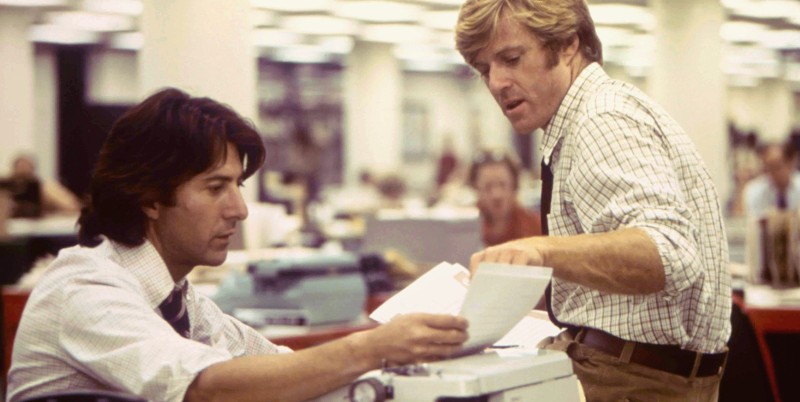 Why Journalists Have Such a Hard Time Writing About Themselves

And why turning to fiction is the solution for many.

From the moment they’re handed their first copy of the AP Stylebook, newspaper reporters are taught to keep themselves one step removed from the stories they write. Certainly, this is what I was taught in journalism school, and later by newspaper editors with very firm opinions about absolutely everything. Reporters are nothing more than an observer—eyes and ears on the scene. They should never step into the picture. This rule is considered so inviolable, some reporters are never able to write about themselves at all.

You can see this on the bookshelves where most books by newspaper reporters are about an event they covered—a disaster, a crime, an impeachment—but not the person behind the computer. No matter how big the story, most reporters keep themselves in the margins of the page. Even in All the President’s Men, one of the most famous books about journalism in modern history, Bob Woodward and Carl Bernstein barely even mention their own feelings or fears while uncovering Richard Nixon’s crimes. They are inconsequential—what mattered was the story.

That book is a masterclass in how to systematically uncover and dismantle governmental crimes. And yet it tells you nothing about how it feels to be the small hammer that brings down a gigantic, powerful, political machine.

I don’t blame them. I haven’t been a reporter for more than fifteen years and to this day it makes me uncomfortable to write a non-fiction piece in first person. Fiction, on the other hand, is completely different. In fiction I can write about how it really feels to be a reporter. I can talk about the oppressive atmosphere in newsrooms, the tension and the outright fear of missing a deadline or getting something wrong.

When I decided to write The Echo Killing, my series about a crime reporter working for a struggling newspaper in Savannah, Ga, a town where I once was a crime reporter at the local newspaper, I wanted to go beyond the limits of non-fiction, and capture the emotions that I remember vividly. How brutal newsrooms can be. That you live in fear of getting one fact wrong, something that is likely when you write articles containing hundreds of facts. The demand for perfection is relentless, especially when you consider that reporters often have only minutes in which to write an article. And that in some cases, they are writing that article after running in from a shooting scene with blood still on their shoes. 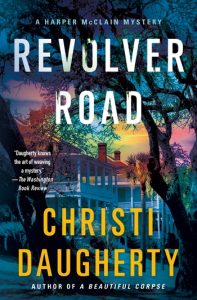 I wanted to write about what that kind of pressure can drive you to do. One of the questions I get asked most by readers is, “Would a reporter really do that?” I can honestly say, I haven’t put anything in my novels that I wouldn’t have willingly done back when I was a crime reporter. Sneaking into a room at a police station to get a crime report? Been there. Climbing over fences to get a look at a murder scene? Done that.

A newsroom is no place for soft people. It is a setting where you learn very quickly to accept harsh criticism. For a while, I had a vocal Alabaman city editor who was known to shout across the crowded newsroom while holding a copy of my news story in one hand, “This is baby shit, Daugherty! Get me a real story.”

He wasn’t actually that extreme in the pantheon of news editors. They’re a demanding and untrusting lot. Consider Arnold Dornfeld, the legendary night city editor of the Chicago News Bureau, who used to tell his reporters, “If your mother tells you she loves you, check it out.” He was known to force journalists who made errors in stories to call their mothers in his presence and demand proof that they loved them.

So when people ask of my books “Would this happen?” The answer is always: Yes. Every day.

If you’re looking for books about how it really feels to be a reporter, here are a few of my favorites.

Written when satirist and journalist Thompson was 22, this tale of alcoholism and jealousy among American writers on a newspaper in Puerto Rico paints an exaggerated but nonetheless brilliant tale.

Greene was a reporter in French Indochina in the 1950s, and he wrote this book about a journalist observing the growing American intervention in Vietnam, and seeing the danger rise around him. A menacing, slow boil.

The Girl With a Dragon Tattoo — Stieg Larsson

Larson was a journalist and editor, and this series tells the bitter story of a disgraced reporter trying to rebuild his career after a crippling libel lawsuit. Desperate to rebuild his life, he takes huge chances. The book rambles, but the characters keep it on track.

Barton is a former British newspaper reporter and editor, and her book tells the dark tale of the murder of a criminal, the police investigating it, and the widow who knows all. The story lights up whenever the dogged journalist digging into the crime appears on the page, and her presence brings everything together.

The Corpse Had a Familiar Face – Edna Buchanan

Okay, so this isn’t a novel, but this non-fiction book by the long-time Miami Herald crime reporter is thrilling and raw. Rare among reporters, she includes herself in her writing, and the book is all the better for it. A classic.

As a newspaper reporter, Christie Daugherty began covering murders at the age of 22. She worked as a journalist for years in cities including Savannah, Baton Rouge, and New Orleans. Her work eventually took her to England, where she wrote the international bestselling Night School series of thrillers for young adults under the name CJ Daugherty. The Echo Killing was her first adult novel. Her new novel, Revolver Road, is now available from Minotaur Books. 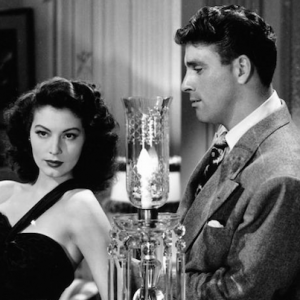