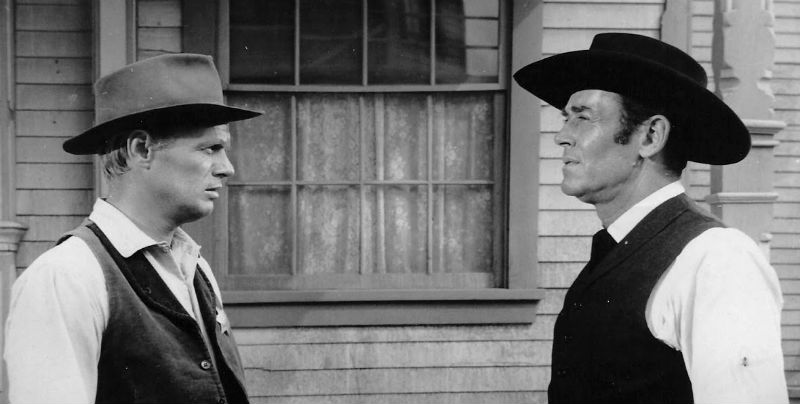 Power, Corruption, and the History of the West

There are works of crime fiction about those who break the law, and then there are those about the flaws endemic to the system as a whole. Whether he was turning his gaze back to the 19th century or addressing more contemporary concerns, the writings of Oakley Hall demonstrate a systematic hatred for the systems that dehumanize people, spread corruption, and leave lives broken in their wake. 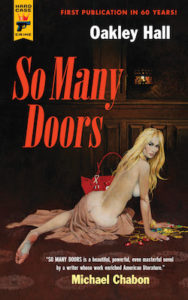 Examining Hall’s fiction is only one part of his literary legacy: he wrote a pair of books about the craft of fiction, and was one of the co-founders of the Community of Writers of Squaw Valley in California, which became operational in 1969 and continues to this day. (A new edition of his 1950 novel So Many Doors comes complete with approving blurbs from both Amy Tan and Michael Chabon.) Hall was also the namesake for a fantastic Americana band that I saw play countless shows around New York in the mid-00s. His writing career began in the 1950s and extended through his death in 2014, and included plenty of forays into the Old West and 19th century California—novels that serve to dramatize the tension existing in those times and to subtly sabotage the accumulated mythology around them.

Hall is perhaps best known for this 1958 novel Warlock, which was a finalist for the Pulitzer Prize and was adapted for the screen a year later. It’s something of a riff on the story of Wyatt Earp and Tombstone—but with various elements altered, corrupted, or otherwise transformed. Robert Stone’s introduction to the NYRB Classics edition of this novel ends with an enumeration of the fictional town’s history, including clashes involving Apaches and Mexicans and, later, clashes between organized labor and forces supporting the wealthy and powerful. “America, aspiring toward her self-generated pseudo-myths, remains a prisoner of her deepest true ones,” Stone writes.

Warlock was released four years before John Ford’s film The Man Who Shot Liberty Valance, with its famous line of, “When the legend becomes fact, print the legend.” Ford’s film offers one knowing take on efforts to mythologize the West; Hall’s novel offers a different one, but one that’s no less stinging. Geoffrey O’Brien’s 2006 review of Warlock in Bookforum points to an essential quality in Hall’s work: “his claustrophobic vision of history as a series of constantly mutating factional disputes that periodically erupt in violence but are never really resolved except by annihilation.”

That balance can be found most clearly in some of Hall’s more overtly crime-centered works. 1950’s So Many Doors at times reads like a James M. Cain remix of a pastoral John Steinbeck manuscript. In its opening pages, a man named Jack Ward sits in prison and confesses to having murdered a woman he calls “V.” He wants no legal defense; he is thoroughly consumed by his own self-loathing. The bulk of the novel traces the events that have led to that moment: the years of history between V and Jack, the economic effects of the Great Depression, and the way that violent habits and ruthless ambition leave its characters ruined in their wake.

Hall’s 1998 novel Ambrose Bierce and the Queen of Spades, the first of four mystery novels centered around the cult writer solving crimes during his days as a California newspaperman, would seem at first glance to be a brisker, more lively work. But here, too, is the pervasive sense of corruption and the notion that his characters’ flaws will do them in: though his name is in the title, Bierce is hardly a beloved crusading detective in this context. Instead, he’s presented as a brilliant but cynical man with a penchant for driving many of those closest to him away and an unpleasantly misogynistic streak.

This is a novel in which no one, not even the upstanding young man recounting the proceedings, is entirely free from contamination…

Narrator Tom Redmond ends up doing most of the legwork here, and is the lens through which we see Bierce—but even he is caught up in some fraught familial and interpersonal entanglements. This is a novel in which no one, not even the upstanding young man recounting the proceedings, is entirely free from contamination from the violent blend of politics and money that infused California society in those days. In this way, it’s no less subversive a novel than Warlock, using the tried-and-true formula of “historical figure investigates fictional crime” to advance a fictional worldview that’s as cynical as one might expect from the author of The Devil’s Dictionary.

The 1997 novel Separations at first glance appears to be a Western in full-on widescreen mode, with vistas of the Grand Canyon in abundance and an idealistic protagonist who nonetheless conceals dark secrets. But in numerous subtle ways, Hall’s real subject here is again that of corruption, and how moneyed interests distort and destroy their quarries. The action of Separations moves between 1880s San Francisco and the Grand Canyon; here too, Hall subverts expectations, creating a master class in how financial interests and unchecked ambition corrupt everything they touch.

To no small extent, the depiction of corruption here is so severe that Hall allows it to wreak havoc on the narrative tropes he wrangles with. (Some fairly major spoilers, albeit those for a novel over twenty years old, follow.) A wealthy man, Charles P. Daggett, embarks on a mission into the Grand Canyon nominally to locate and transport home the long-lost Esther Bingham, sister of protagonist Mary Temple, after Esther is seen living in a Hoya community.

His actual reason for the mission, however, is to survey the canyon for a possible railroad—but soon enough, his brash decision to avoid any life preservers in the boat journeying downriver costs him his life. He’s not the only one. By the end of the novel, Esther has joined him in death, along with other members of the expectation—turning the archetypal “white people to the rescue” narrative on its head, and making implicit the question of whether such a mission was beneficial in the first place. 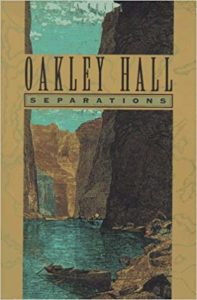 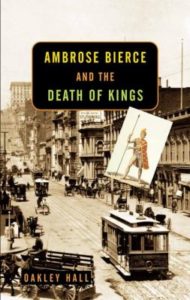 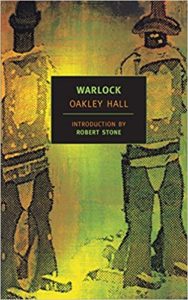 As for Mary, a poet and editor and one of the few mostly admirable characters to be found in Separations? Well, she cares for her lost sister and the community she’s a part of; that much is true. But given the limited options open to women in 19th-century California, she’s also grown adept at manipulating those around her. Mary’s behavior is, at times, manipulative—though Hall also makes it clear that, as an educated woman living in a patriarchal society, she’s doing what she needs to do in order to survive. Then again, the same could be said for numerous characters in the much more noir-infused pages of So Many Doors. And, like Hall’s earlier novel, this one comes to a haunting conclusion.

There’s a moment early in Separations where a photographer working with the expedition calls out Daggett for his rapacious tendencies. “I would like to put the grab on the nation itself!” he replies. “I would run it like a railroad, and it would run on time.” And while the allusions to a certain fascist archetype is perhaps the clearest nod here, it’s also hard not to read this tale of a greedy businessman looking to run the country and yet wholly out of his depth and not think of certain parallels with the present moment. And that may well be why Oakley Hall’s stories of crime and corruption on scales both small and grand continue to resonate today: he treats the past as a moment as full of life as now–for all the disquiet that might summon. 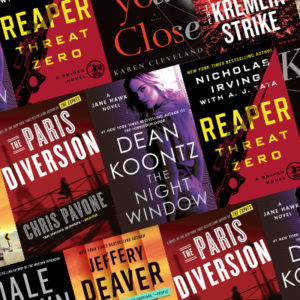 May is finally here, which means that summer is right around the corner—along with some of the year’s biggest releases,...
© LitHub
Back to top