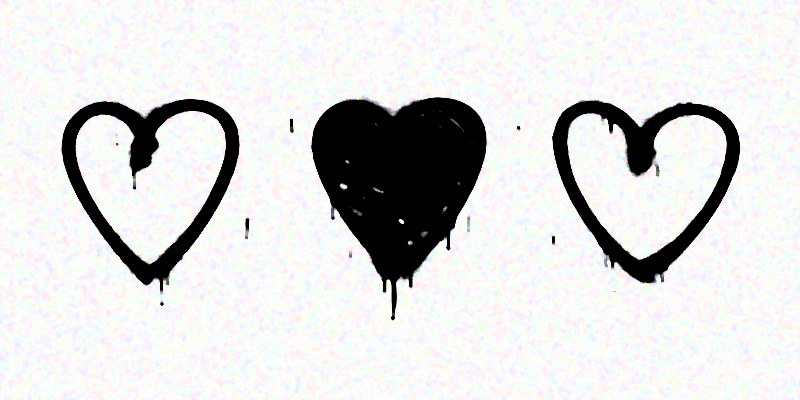 Or, how to find love in a time of serial killers.

The title came to me first. Love in the Time of Serial Killers. I was reading another true crime book – probably not The Phantom Prince by Ted Bundy’s ex, but it’s thematic so let’s go with that one – and I thought, how the hell are you supposed to fall for someone when the threat of this is out there?

Turns out that a character obsessed with true crime is kind of the ideal romance novel protagonist. For one, they are ready to bring the drama. In Tessa Bailey’s My Killer Vacation, for example, Taylor Bassey is an elementary school teacher who is also a die-hard true crime podcast listener. So when she comes across a dead body in her Cape Cod vacation rental, she is ready to tackle what could be the crime of the century as far as she’s concerned. “Dammit,” she thinks at one point, “I knew I was getting in too deep with my true crime podcasts. Now everything is a life or death situation.”

That extremism extends to her relationship with bounty hunter Myles Sumner once he shows up on the scene. The chemistry between them is immediately dialed up to 11 and the fun, romp-y murder mystery-romance that ensues has the energy of a true crime TikTok analyzing the latest trending case.

A fixation on true crime can also be an effective way to keep someone at a distance. In Christina Lauren’s My Favorite Half-Night Stand, Millie Morris is a professor specializing in female serial killers, and she definitely wields that knowledge to “test” people, or put up a barrier, or distract them from her own vulnerability.

In one hilarious scene, she leaves a message on a potential date’s answering machine: “I’m not sure if you remember me or not – we saw Girl on the Train together at the dollar theater last summer? You kept insisting that the new wife couldn’t be the killer because she was a mother, and I argued that forty-two percent of children killed by a parent are killed by the mother, alone or with an accomplice. Um, anyway, I have this thing in June and I was wondering if you’d like to be my date.”

What an absolute baller move, quoting murder statistics as a lead-up to asking someone out! Her best friend, Reid Campbell, who just happens to be listening, and also happens to be the titular “half-night stand” that she’s trying to pretend didn’t mean anything, is there to call her out on it. He’s there to call her out on all her avoidant behavior throughout the whole book, which she masks behind a tough persona of someone who’s well-versed in the darkest sides of humanity.

The second book in Roni Loren’s Say Everything series, What If You & Me, deals explicitly with this dynamic. Andi Lockley is a horror novelist and true crime podcaster whose entire career has been built off telling scary fictional stories and warning people about the scary stuff that can happen in real life. In her case, she has very real PTSD arising from her own experiences with violence. So when her sexy neighbor Hill Dawson comes to her aid one night, she’s still wary – “just because someone was a neighbor didn’t mean they were someone worth knowing, someone worth trusting.”

The most beautiful part of Andi and Hill’s relationship journey is the way they do come to trust each other, the way they communicate their needs and limits as they work through their individual traumas. At one point, Andi compares horror stories and love stories to each other, saying that both can involve obsession, being at someone’s else’s mercy. “Both involve death,” she says, and it may sound extreme, but it’s not. There is a metaphorical death that comes with the death of a dream, the end of a relationship. The person craving the cathartic end to a horror movie where everything is okay can be the same person craving the happily ever after in a romance, too.

Alexis Hall’s Murder Most Actual is more cozy mystery than romance per se, but the relationship between not-so-happily-married Liza and Hanna is a crucial storyline. Liza is another true crime podcaster, a career that has caused some tension with Hanna, who works in finance and doesn’t understand why Liza would be drawn to her work. When the couple takes a last-ditch, let’s-save-the-relationship-with-a-romantic-getaway trip to a Scottish castle, Liza’s career becomes all-too-relevant as their fellow guests turn up murdered one by one.

The parallels between analyzing a crime scene and analyzing a relationship are sharply funny, with Liza ruminating at one point about how relationships need forensics to figure them out. “You should be able to send arguments off to a lab and get a little report back saying, ‘this happened because your mother-in-law is an unbearable snob,’ or ‘Trace DNA evidence shows that you definitely did say you were going to be back late this evening and your wife just didn’t hear you because she never pays attention.” I would absolutely want the same person zooming in on the Gabby Petito video footage to be the one to help me analyze a crush’s Instagram feed. Wouldn’t you?

Phoebe Walsh, the main character in Love in the Time of Serial Killers, exhibits all the signs of a true crime obsessive falling in love. She tweaks window blinds to spy on her neighbor, justifying it as the necessary keeping tabs on a suspicious guy. She resorts to quoting from her doctoral dissertation when she wants to keep him at a distance, scare him off by talking about In Cold Blood again. She tells anyone who will listen that she’s onto him, that she won’t be taken in, when she’s already in so deep that she doesn’t want to admit it even to herself.

In romance, characters just want to feel safe and cared for. So how do you fall in love in a time of serial killers, of Ted Bundy and Dear John and guys who f*ck with cats?

You try to remember that there are good people in the world, and you try to find them.

(And, probably, you flip through your true crime library every once in a while, just to make sure there aren’t any red flags you might’ve missed.) 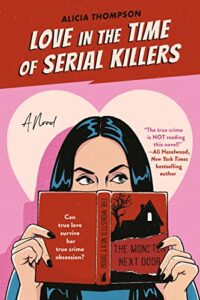 Share:
Alicia ThompsoncomedyfandomLove in the Time of Serial KillersromanceTrue Crime

Alicia Thompson is a writer, reader, and Paramore superfan. As a teen, she appeared in an episode of 48 hours in the audience of a local murder trial, where she broke the fourth wall by looking directly into the camera. She currently lives in Florida with her husband and two children. Love in the Time of Serial Killers is her debut. 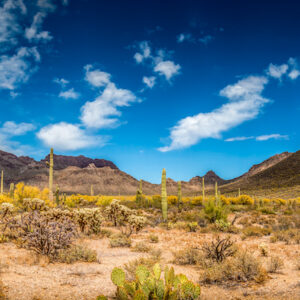 The frontier of the American West has dominated the cultural consciousness on this continent for centuries, dating back to the earliest...
© LitHub
Back to top