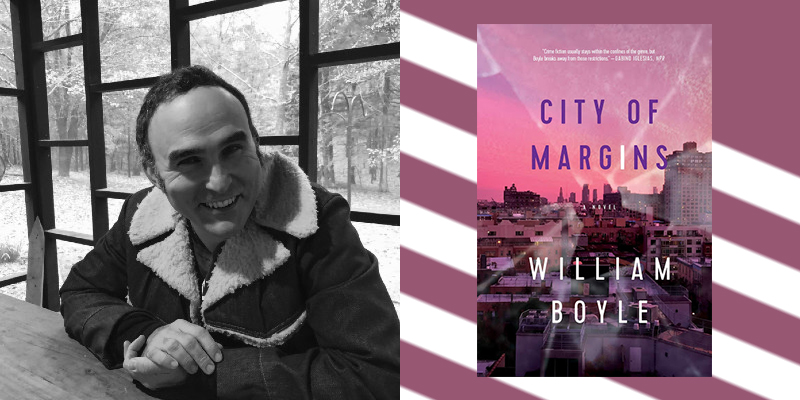 The author's noirs capture the borough in all its madcap, desperate, violent complexity.

William Boyle’s is a Brooklyn bursting at the seams, full of regrets and tamped-down ambitions, shimmering with resilient yearnings for something else, something other, something outside. In neo-noir novels such as 2013’s Gravesend, 2018’s The Lonely Witness, 2019’s A Friend is a Gift You Give Yourself, and this year’s City of Margins, Boyle chronicles life in his home city, capturing the elemental regionalism and crushing atmosphere of an insular community as well as its inherent humanity and humor.

Boyle’s characters are not so much irreparably damaged as perpetually bruised. Their grandparents arrived Stateside from places like Sicily, Calabria, and Naples; now those place-names sound as exotic and adventurous and promising as America sounded to the previous generation. Boyle’s built a literary ecosystem that expands with each book: many of the same characters turn up across his various narratives, hanging out in each other’s kitchens and backyards, attending the same schools and churches, hiding out in the same dive bars, sometimes even helping each other smuggle bodies wrapped in carpets out of houses. Their shared stories pass from one generation to the next.

Boyle’s writing, spare in tone and rich in details, ranges from highly evocative to downright cinematic. In Gravesend, one character is tangibly summed up in a single, shiver-inducing sentence: “Eugene hated most things with a hate that tasted like broken glass.” In the same novel, Boyle captures the essence of an ever-narrowing life: “The tub was small and her father had plastered vinyl curtains on all four sides, even around the shower nozzle, to fight against mildew in the grout….The darkening of the stall was—and always had been—the project of a man who had failed too often in life and wouldn’t be defeated by mildew to boot.” Boyle hones the smallest details by imbuing a flash of color—we visually apprehend a pizza slice by the “orange grease cascading off the edge of the plate”—and focusing on the most mundane of movements: “Pop clawing his fingers into a go-to jar of Vicks VapoRub and massaging his neck, the Vicks blobbing up in his neck hair like a wispy chrysalis in a tree.” It’s unfettered, unflinching realism, with a supremely humane touch.

While Boyle’s fiction contains Tennessee Williams-levels of hard-core bleakness and moments of Tarantino-esque violence, it’s also threaded with humor. In A Friend is a Gift You Give Yourself, three women try to outrun mobsters and spurned, would-be Romeos via what can only be described as a madcap roadtrip. In Lonely Witness, tough guys know how to treat Italian mothers politely when they need to, and characters fed up to the teeth with a life they’ve been trying to escape for, well, a lifetime, are on the money with one-line zingers: “‘It’s not you,’ one character tells another. ‘It’s the neighborhood.’”

“When I was growing up,” says Boyle, “my neighborhood was mostly Italian-American and there was so much mob mythology in the air. I was fascinated by it. I grew up loving that bullshit part of it where you don’t know what’s real and what’s not, when legend becomes fact. I definitely translated that to my universe. To me it’s a source of oddball humor. I try to have fun with it and not get too wrapped up in the reality of it. It’s the imagined version, rooted in the screwball.”

City of Margins, with its multiple protagonists—including brutal ex-cop Donnie Parascandolo and his former wife Donna, nursing-home manager Ava Bifulco, an at-a-loss young man named Mikey Baldini, and schoolgirl Antonina Divino—strikes a pitch-perfect balance between the dead-end reality of certain lives and the outlandish escape-pods of others. Whether it’s in the precise, concise language Boyle uses when Donnie recalls his son who committed suicide (“He doesn’t talk about that stuff, but it’s there in his memory. Gabe as a baby in his arms, sleeping on his chest, playing around on the living room floor, dressed like an elf for Christmas. Can’t just wipe it all away….”); the heart-filling scene of Donna and Mikey’s first meeting; or the beyond-the-fringes relationship that Antonina nurtures with a mobster, the novel resonates with a vibrancy that’s both lush and brittle.

“I call it Technicolor noir,” says Boyle. “It was just a feeling I was riding as I was writing the book.”

“I call it Technicolor noir,” says Boyle. “It was just a feeling I was riding as I was writing the book. I love Douglas Sirk and Nicholas Ray movies, and I had the frame of that kind of sprawling melodrama stuck in my head as a guiding principle.” He laughs. “A friend of mine read it and said, ‘I don’t know if Technicolor is right: it’s more like a washed-out VHS from the early 90s.’ And that actually does sound more appropriate. But when I was thinking of it, I had that kind of Technicolor idea: I loved the contrast of the story with that brightness.”

It’s also the book over which Boyle feels he’s had the most control: “It felt like exactly what I wanted to do. When I was writing Gravesend, I was still figuring things out; here, I had a pretty clear sense of what I wanted. Having so many characters made things exciting, being able to bounce around like that. I love Robert Altman movies—those big stories like Nashville and Short Cuts—and Alan Rudolph movies, and Paul Thomas Anderson’s Magnolia. I like that structure, that feeling of having all these characters interconnected; I always wanted to do something like that. This was me trying to get into that world a little bit more.”

An earlier novella, Everything is Broken, currently enjoying its English-language debut in Southwest Review, expands Boyle’s fictional Brooklyn even further. But the small-yet-mighty tale of a woman looking after her father while trying to improve her relationship with her son, Jimmy, is also the narrative that hits closest to home. “I wrote it right after Gravesend and I was writing more into a void,” Boyle explains. “I didn’t know that anything would happen with it. My grandfather had just gotten sick and things were basically pretty close to the way things are in the beginning of the story: the opening section especially was very close to what was going on for my mom and my grandfather at the time. And Jimmy, we’re different, but he feels like the closest I’ve ever written to myself. There’s a lot of me in that character: I think I saw him as an alternate version of myself, a version of myself that might have been or could have been. And the way I deal with place and coming home and going up to New Paltz—that’s where I went to college. There are lots of personal reference points in that book.”

That intimate approach found root early on when Boyle’s family life planted a very particular seed for the writer. “My world was really small when I was growing up, just a few blocks big,” he says. “My time was spent with my grandparents and my mom, listening to them and taping them: I thought I wanted to write screenplays and that that was how to do it—I’d just tape-record them and transcribe it. I realized pretty quickly that’s not the way to do it, but I learned so much by listening to the rhythms of their speech. There’s definitely an element of that realism in what I write, as well as a version from my imagination that’s layered over the real.”

While his first instinct was to write screenplays—he’s always been in love with movies—Boyle decided he wasn’t cut out for the collaborative nature of the work. He considered playwriting; in college he wrote poetry. But nothing, he says, “was working for me. When I started writing stories, everything clicked into place. By my second year of college, I was pretty much focused on trying to write novels. I worked on novels right out of the gate.”

Boyle is cheerful and chatty in interviews, on Twitter and in his newsletter, sharing his favorite music and movies, creating playlists and hypothetical film festivals for his novels, and pointing as much to filmmakers such Jim Jarmusch, Hal Hartley, Martin Scorsese, David Lynch, and Jonathan Demme as inspirations as he does to fellow writers. When he shares his book news, it’s injected with his singular voice: “The Czech cover for A Friend  A FRIEND IS A GIFT YOU GIVE YOURSELF feels cut from the same cloth as posters for ’80s comic crime movies I grew up loving & I think it’s damn hilarious,” reads one of my favorite Tweets. “Also, my Czech publisher mostly just publishes Stephen King, which is really cool.”  More recently, Boyle’s been busy with a guest-editing stint for a three-part noir volume of Nicolas Winding Refn’s byNWR—forthcoming this spring—for which Boyle wrote a novella, two short stories, two essays, and produced several podcasts, as well as commissioning work from colleagues such as Gabino Iglesias, Ace Atkins, Violet LeVoit and Sarah Weinman.

Across his work—both fiction and non—Boyle clearly relishes drawing from an abundant, dynamic knowledge of books, music, and movies. “I didn’t grow up in a family of readers or movie-watchers or even music,” he agrees. “I came to that stuff on my own and it was all the same experience to me. Any art that’s inspiring or moving and a little unexpected—for me it’s about casting a wide net so that I can be influenced in different ways. My ideal day is doing all those things: reading, watching a movie, listening to music.”

And, hopefully, working on his next novel, too. 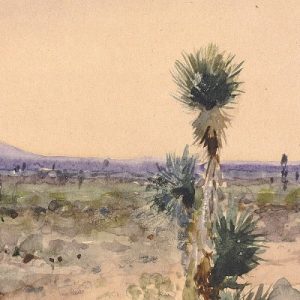 "I will stand on your eyes, your ears, your nerves and your brain and the world will move in any tempo I choose." — Marshall...
© LitHub
Back to top