You're on the mountaintop, a storm blows in, the phone lines go dead...

Many years ago, as a freestyle snowboarder competing at halfpipe, I spent five winters in the mountains of France, Switzerland, Austria and Canada. I was obsessed with the icy white world at the top of a mountain and always dreamt of setting a novel there.

Beautiful yet deadly, with their cliffs, crevasses and avalanches, the high mountains seemed a perfect setting for a thriller. Year later, as I sat down to try to write one, a news headline caught my eye. Climbers in Saas Fee, Switzerland, had spotted a hand and two shoes protruding from a glacier. Rescue teams were called in and uncovered the body of a man who’d gone missing thirty years earlier.

This sort of gruesome find is apparently becoming all too common. With global warming causing glaciers to retreat, many more bodies are expected to emerge. Another Swiss glacier is currently thought to hold 40 bodies. And—shockingly—glaciers in France’s Mont Blanc region, where I lived and trained during my first winter season—are believed to contain 160 bodies.

It struck me that if someone goes missing in such terrain, we may not discover for years or even decades if their death was an accident or something more sinister. Or perhaps they aren’t dead at all, but simply chose to disappear. And that was the seed for my novel Shiver.

Glaciers giving up bodies is just one of the ways snow and mountains can provide a chilling setting. Thriller writers often wish to strand their characters and seal them off from the outside world. Heavy snowfall offers the perfect means to do this, by blocking roads, isolating buildings and cutting off communication, leaving our characters at the mercy of the elements—and each other.

As every school teacher and parent of small children knows: there’s nothing like a raging storm to unsettle us and stir up primitive emotions deep inside us, inciting wild and uncharacteristic behavior. Possibly even murder…

Sarah Pearse’s debut The Sanatorium has one of the most sinister settings imaginable. High in the Swiss Alps, a former tuberculosis sanatorium has been converted into a luxury hotel, decorated in sterile style and furnished with creepy medical artifacts. Troubled off-duty detective Elin is amongst the guests when a snowstorm cuts off the road and a woman goes missing. Elin has no choice but to investigate the mystery herself. Soon another guest goes missing and Elin begins to realize just how much danger she’s in. 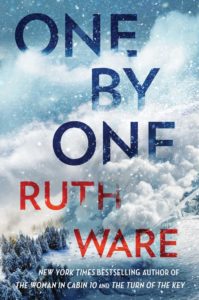 Ruth Ware brings a classic locked-room murder mystery bang up to date in One by One. The fascinating cast of oddball characters are employees of a trendy social media company on a team bonding trip in the French Alps. Rivalry and rifts amongst the guests are already present when an avalanche hits, cutting their isolated luxury chalet off from civilization. And someone, it seems, has murder in mind. 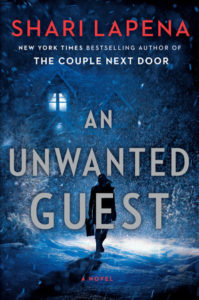 Shari Lapena’s An Unwanted Guest is set in the Catskill Mountains. A cozy old-fashioned lodge with woodburning fireplaces and a grand staircase seems the perfect place for a romantic weekend getaway. Until a body is found at the bottom of the stairs. But a deadly ice storm rages outside, trapping the guests in the building and cutting off the power.

The guests debate if the death was an accident, but when the body count rises, it’s clear there’s a killer amongst them. The atmosphere becomes frosty, friends turn on friends, wives turn on husbands and everyone suspects everyone else. This fast-paced twisty locked-room mystery is worthy of Christie herself. 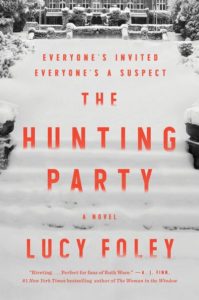 Lucy Foley’s The Hunting Party is another Christie-esque murder mystery. A group of old college friends are taking a winter vacation in an isolated hunting lodge in far north Scotland. The story begins with the discovery of a body, then flashes back a few days to reveal how it came about. Long-buried secrets, party games that go too far, a creepy gamekeeper, a couple of suspicious outsiders and a serial killer in the area are just some of the ingredients in this deliciously atmospheric locked-room mystery. 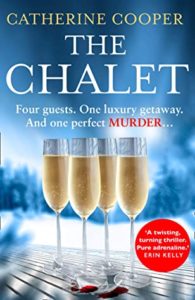 Back in the French Alps, the weather is once again playing havoc. Catherine Cooper’s The Chalet, begins on the ski slopes as two men ski into a blizzard and only one returns. Twenty-two years later, a group of guests are staying in a luxury chalet in the small resort. Secrets, rivalries and jealousies surface around the dining table. It seems that someone amongst the group knows what happened in that blizzard, and now they want revenge. 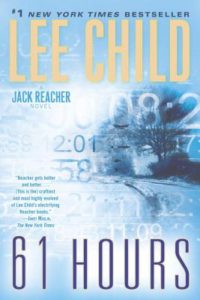 In Lee Child’s 61 Hours, a tour bus crashes on an icy road in a savage snowstorm. Jack Reacher is one of the passengers who finds himself holed up in a freezing South Dakota town. Trouble finds Reacher, like it always does, and the small town has sinister goings on for him to investigate. Reacher braves the arctic conditions without a coat in a fight for justice against someone who is determined to stop him. 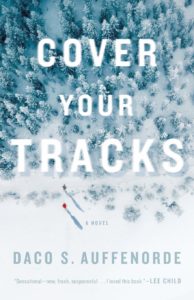 Daco S Auffenorde’s Cover Your Tracks takes us to the Glacier National Park in the Rocky Mountains, where a train is traveling through a blizzard. The novel starts with a bang when a massive avalanche hits the train, leaving only two survivors. Heavily pregnant Margo, and injured former army ranger Nick, strangers who have never met, must join forces in the battle for survival against freezing conditions and wild animals. But both have secrets which could prove even more deadly than the savage environment. Short and intense, the story races to a shocking conclusion.

There’s no shortage of thrillers that will make you shiver this winter—hopefully my own included! 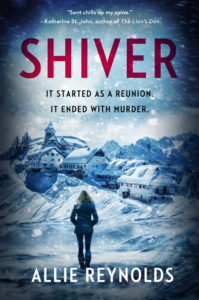 British-born Allie Reynolds is a former freestyle snowboarder who swapped her snowboard for a surfboard and moved to the Gold Coast in Australia, where she taught English as a foreign language for fifteen years. She still lives in Australia with her family. Reynolds's short fiction has been published in women's magazines in the UK, Australia, Sweden, and South Africa. Shiver is her debut novel.

Lizzie Borden's House Is
Up For Sale 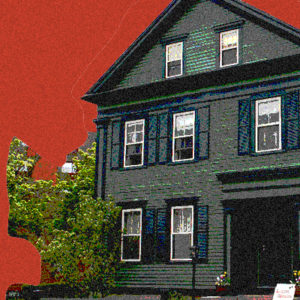 Lizzie Borden's House Is
Up For Sale

While the site of the infamous Borden murders has long been available to visit for those interested in the darker side of Americana,...
© LitHub
Back to top