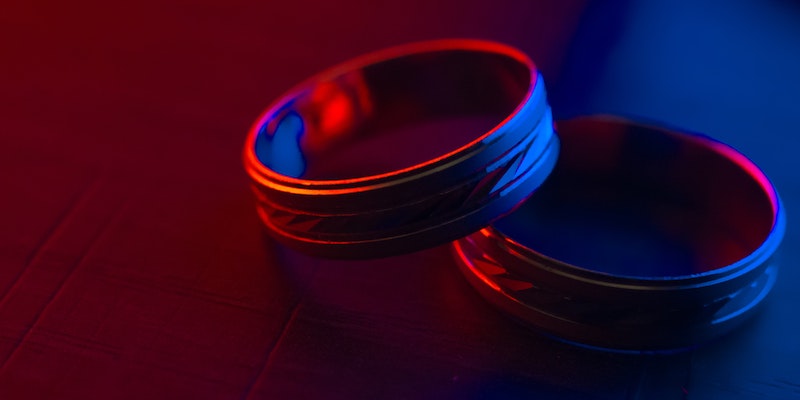 There's an Abundance of Wives In Book Titles—Where Are the Husbands?

Chandler Baker loves marriage thrillers, but she thinks it's time for men to take a turn at being defined by their domestic roles.

I got married in 2012. I remember sitting on the plane en route to our honeymoon staring at my brand new wedding band and thinking: I am somebody’s wife now. A small thrill passed through me at the idea of belonging to someone in this way. Ever since, I have always enjoyed introducing myself to my husband’s coworkers or high school classmates as “Rob Baker’s wife.” Hey, he’s a great guy to be married to! But also, let me be perfectly clear, as much as I love him, ‘til death do us part and whatnot, that sobriquet better not be the thing engraved on my tombstone. And furthermore, if someday I become rich and famous or just really interesting, y’all better not title the ensuing book about me—fictional or otherwise—that. Because, mark my words, I will come back and haunt my heirs so fast, no lie.

One might think that this goes without saying, but as a gold star book club member and lifelong reader, I’m well aware of the publishing industry’s love affair for stories with the word “Wife” in the title. The sheer number is astonishing, truly.

We all remember The Time Traveler’s Wife, but that was only the tip of the iceberg. There are a whole swath of books whose title’s were built from the same formula, that formula being an Occupation (made possessive) + Wife. In this tradition, we’ve gotten such hits as The Zookeeper’s Wife, The Engineer’s Wife, The Headmaster’s Wife, The Banker’s Wife, The Aviator’s Wife, The Bishop’s Wife and even The Magician’s Wife, just to name a few. Take any profession, real or imagined, and ask yourself: but what’s that guy’s wife up to? And you’ve got yourself a great book. If you’re wondering what mine would be called, it would be dubbed The Lawyer’s Wife, which frankly sounds like an instant bestseller and, on second thought, I might write it myself.

Then there’s the niche, but still well-populated corner of Nationality + Wife from which we’ve gotten American Wife, The English Wife, The Paris Wife, and The Japanese Wife. Add to that the small number of Animal Wives—read: The Tiger’s Wife and The Antelope Wife—and don’t forget the numbered wives—see, The 19th Wife and The 20th Wife, respectively.

My personal favorite “Wife” titles, however, almost always come from the domestic suspense genre. The moment you read the title, you’re instantly worried for that titular wife. The Wife Between Us? The Lost Wife, The Missing Wife, The Wife Upstairs? None of those scenarios sound pleasant! Then there are the adjectives that border on sarcasm—My Lovely Wife, Dear Wife, A Reliable Wife? Somehow I doubt it.

Whatever the configuration, there is no doubt that “Wife” is a popular word in titles and to a large degree, I think I understand why. Stories are most interesting when they’re about relationship. The word “Wife” immediately denotes one that can be fertile ground for conflict, in the same way that, say, “Sister” does, which, incidentally, is also a frequent find in titles.

Then, there’s the secrecy implied between spouses. How many times has your mother warned, “You never know what goes on behind closed doors”? And what does every book with “Wife” in the title hint at? A juicy opportunity to find out.

But, then, where, I wonder, are all the titular husbands?

As I sat down to write an exhaustive list, I marked down The Husband’s Secret and The Seven Husbands of Evelyn Hugo, two of my absolute favorite novels, and…and then…I blanked. Why is that?

Perhaps it’s because outside our fictional worlds, there is a lasting tendency to define women by their relationship status.  Honestly, I tend not to expend my personal feminist energy on questions like whether men should open doors for me or if it’s okay to need a man to change my tire, but I do occasionally snag on “Miss” versus “Ms.” versus “Mrs.” For anyone that needs a refresher, “Miss” is the title of respect for unmarried women. “Mrs.” is reserved for married women, and “Ms.” can be used for either or when the status is unknown. Meanwhile, men are “Mr.” regardless, forever and always, unchanged.

For the record, Baker is my married name. I took my husband’s name when we tied the knot and I have no regrets about that. But I also find it best if I don’t think too long and hard about the decision because I am keenly aware that the origins of this practice stem from the idea of marriage as a property transfer of a woman for one family to another. She literally came to belong to her husband.

So one of the aspects that I think our reader brains find so intriguing about “Wife” in the title of a book is that it also suggests a power imbalance, with a wife traditionally being the underdog. And even when I’ve read beloved books where the wife stands alone in the title, such as The Wife by Meg Wolitzer or The Wife by Alafair Burke or The Wives by Tarryn Fisher, I see women who are subtly defined by their relationship statuses and, yes, this is often smartly by design.

But, when I went to write The Husbands, a book about women evening the score, about making the social order fairer, about high-powered women making moves, I guess I couldn’t resist returning the favor. In many ways the husbands in my novel share a lot of DNA with the wives in other domestic suspense novels. They are defined by their marital relationships, they’re harboring secrets at home, and they’re navigating power imbalances.

As I was writing the book, a man asked if, as a woman, I felt equipped to tell a story about husbands. I responded that, of course I did, because The Husbands is firmly about the wives. In the same way that the word “wife” in a title exists in the shadow of the unnamed spouse, so too do my husbands.

I love domestic suspense, I love thrillers, and I love books about marriage. I just think we can let men take a turn at being defined by it. Ruth Bader Ginsberg once said, “When I’m sometimes asked when will there be enough [women on the Supreme Court] and I say, ‘When there are nine,’ people are shocked. But there’d been nine men, and nobody’s ever raised a question about that.” 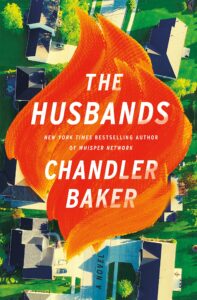 Chandler Baker lives in Austin with her husband and toddler where she also works as a corporate attorney. Whisper Network is her adult debut. Chandler is the author of the young adult thriller, Alive, as well as the High School Horror series. 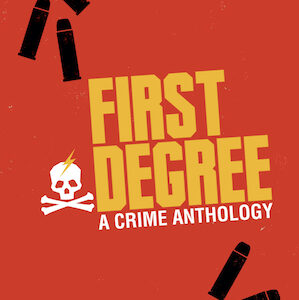