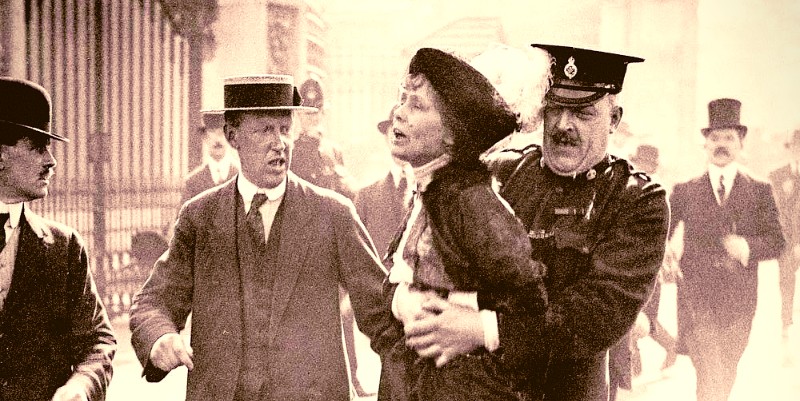 Victoria Thompson has published almost fifty historical mysteries. During the research phase, she's always looking for that one fact that takes your breath away.

All of my forty-eight published novels have been historicals, which naturally require a lot of research.  I have one rule when I do research:  I read and read until I come across something that makes me say, “Wow, I didn’t know that!” Then I build the book around that amazing fact, because I figure if I didn’t know it, neither did the vast majority of my fans. If it made me say “Wow!”, it will make you say “Wow!” too.

One of these Wow moments resulted in my entire Counterfeit Lady Series. It all started about ten years ago, with a conversation I had with my then-editor, the great Ginjer Buchanan. Ginjer had been my editor for about ten of my Gaslight Mysteries at that point, a series that will be 24 books long when Murder on Wall Street comes out in April. I was interested in starting a second series and wanted her advice on what time periods were the most popular with readers.

Ginjer suggested the early twentieth century because so many exciting things were happening then and so many “moguls’ were amassing fortunes and power. I started researching some of these moguls and I came across the story of poor little rich girl, Consuelo Vanderbilt.

As the daughter of one of the wealthy Vanderbilts (There were “poor” ones, too; they were the ones who only inherited a million dollars from the old man. Wow, right?), Consuelo should have had a wonderful life. Instead, her mother, Alva, decided to marry her off at the age of eighteen to a British Duke because she wanted the prestige of having a Duchess for a daughter. The Duke was hardly a prince charming, however. Penniless and with his family estate crumbling, he was much more interested in Consuelo’s enormous dowry than in the girl herself. He was also about a foot shorter than she was and no one’s idea of a romantic figure. They had to go on a year-long honeymoon while Consuelo’s money was used to make the Duke’s estate inhabitable again.

Consuelo eventually produced an heir and a spare, divorced the Duke, married a French nobleman and lived happily ever after, but in the meantime, she also became very involved with the Women’s Suffrage movement in England. As it happened, her mother had also become involved with the Women’s Suffrage movement in America. Alva had eventually divorced Mr. Vanderbilt and married the equally wealthy Mr. Belmont (the racetrack is named after him), and she used a great deal of her fortune to support the Suffragists in their efforts. Hang on, because we’re getting to my Wow moment.

I guess I’d learned in school that women had demonstrated for the right to vote and eventually won it in 1920, but I realized I didn’t know much more than that. What I didn’t know and what made me say Wow is exactly how much women endured to win the right to vote. When they demonstrated, they were often attacked and beaten by mobs of men and even sexually assaulted. Wow, right?

In spite of this, women demonstrated outside the White House every day in 1917.  President Wilson found it amusing at first, but by November, he was growing impatient. He had the women arrested and held in jail overnight, thinking this would discourage them. Instead it just made them angry, and more women came to demonstrate. More arrests still did not deter them, so finally the women were sentenced to three months of hard labor in a workhouse. There they were beaten and otherwise mistreated, and served food infested with maggots. Undeterred, they went on a hunger strike. The warden ordered the women to be force fed, which entailed shoving a rubber hose down their throats. Only when several of the women were near death did a judge finally release them. Demonstrations continued until Congress finally passed the Fourteenth Amendment giving women the right to vote in 1919. The Amendment was ratified a year later.

Did you know all that? I certainly didn’t, and I felt strongly that it was a story that should be told. I knew, however, that even I wouldn’t pick up a book about the Women’s Suffrage movement. That sounds like homework! So how could I tell this story in an interesting way that would intrigue readers?

I decided the best way to tell the story would be through the eyes of an outsider, someone who cared nothing for Women’s Suffrage and thought they were all silly for putting themselves in jail. This person would have to be good at pretending to be someone else so she could make the other suffragists think she was one of them, and who is better at doing that than a con artist?

I’d accidentally learned a lot about con artists while researching another book (this often happens to writers), so creating Elizabeth Miles was an easy task. She cares for nothing and no one and does whatever she must to get by. But when she is locked away with forty fine, idealistic women, she finds herself becoming the person they believe her to be.  Emerging from the Workhouse a new woman, she is determined to change her life, but she finds she must run one more con to finally free herself from the past and save her very life in the process.

This was the first book in the Counterfeit Lady Series, City of Lies, but with that story told, what was left to say? I was thrilled to have a brand-new group of characters to build a series around, but what should that series look like? Should it be a traditional mystery series, like my Gaslight Mystery Series, or something different? After Ginjer Buchanan retired, I had gotten a new editor, and the fabulous Michelle Vega advised me to make it something different. But what?

I asked myself why people read crime fiction in the first place. For me, the answer was easy and is hard-wired into the human psyche. Children must be taught many things before they become responsible adults, but one thing they seem to know instinctively from birth is when something is unfair. If you’ve ever served cake to more than one child at a time, you know the pieces have to be the same size. Exactly the same size. The gifts must be equal. The attention given must be comparable. Everything must be fair or you will hear about it!

But as we all know too well, real life is often unfair. All around us we see the innocent suffering and the guilty unpunished and prospering. We like to think justice really exists, but all too often it isn’t served. This, I think, is the main appeal of crime fiction. In crime fiction, the villain is revealed and punished. The innocents are avenged. Justice is done in a way we seldom see in real life. Everyone gets treated fairly! I think this is another way a writer makes a reader say Wow, and in a very good way.

Now, how could I make the Counterfeit Lady Series different but still meet the readers’ demand for fairness?

Con artists always say, “You can’t cheat an honest man.” The joke is that they don’t think any men are honest. This is why Elizabeth’s love is Gideon Bates, a man so honest he won’t even tell a little white lie. He is an attorney and believes unquestionably in the rule of law. Elizabeth is willing to give up her life of crime, but she soon realizes that Gideon’s beloved law can’t always get justice for people, and sometimes those people are desperate for help. In that case, you may need to tell a few lies and run a little confidence game to even the scales.

This is what Elizabeth decides to do. At first Gideon his horrified. She is violating every standard he holds sacred! They quarrel and break their engagement. When he tells his mother they argued over the rule of law, she doesn’t believe him. Engaged couples don’t argue over the rule of law! But even Gideon eventually sees the truth, that all the rules in the world can’t help in some cases, and he even joins in, helping Elizabeth save people with the lies and deceit that help make life a little fairer for those in need. And Elizabeth even gets a little revenge for herself now and then.

So this is one of the answers to that age old question writers are often asked: Where do you get your ideas? I find something that makes me say Wow. I hope I made you say Wow at least once, too! 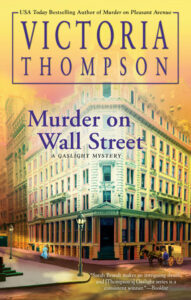 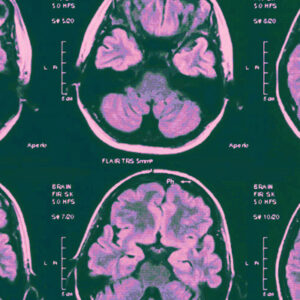 I love my brother—and—my brother killed our mother. This pair, this impossible simultaneous truth, is what I learned...
© LitHub
Back to top