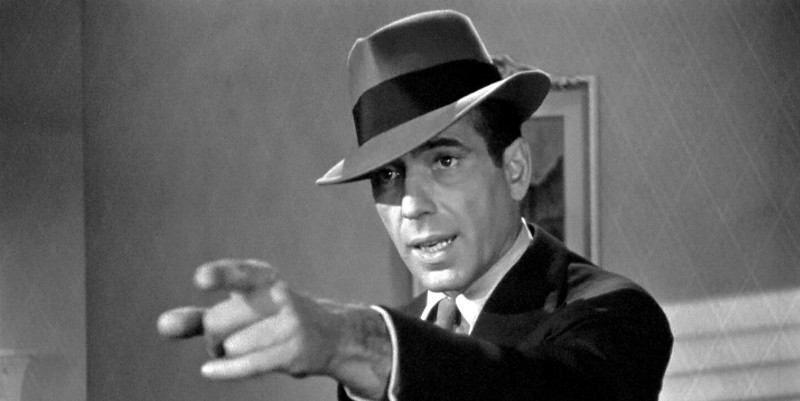 Worldbuilding: Crime and Fantasy Books Have More in Common Than You Might Think

In noir, as in fantasy, it's all about finding the right details.

A few months ago, I had the chance to speak to a group of MFA students about my second novel, Last Seen Leaving. One of them said, “I know that so far you’ve written literary thrillers, but I see that your new book is a fantasy novel. What did you find to be the biggest difference between writing crime and writing fantasy?”

This question, I’m embarrassed to say, had never occurred to me. “One has magic and the other has cell phones,” I said, joking, and quickly moved on to the next subject. Afterward, the question nagged at me, in the way the best questions do. Worldbuilding, after all, is a concept we mostly associate with fantasy and science fiction; google it, and you’ll find endless How-to guides, lists of tips, even entire seminars devoted to it. There’s even a subreddit, r/worldbuilding, which is ten years old, and has more than 475,000 members.

Worldbuilding is pretty much exactly what it sounds like. Taken on the grandest scale, it can include world maps, languages, even entire religious systems. On the page, it’s details. The room the character sleeps in, what they see out the window when they wake up, what they put on before leaving; what they eat, what they wish they were eating, what they do for fun. It’s all the little things that may not directly affect the plot, but add richness and color nonetheless. Honestly, I don’t consciously think too much about worldbuilding when I am actively engaged in writing, just like I don’t consciously think too much about character development: the words go on the page, and then I add or pare away or change those words until the story on the page comes as close as possible to matching the one in my head. But the more that I think about it, the more certain I am that worldbuilding works just as hard in crime writing and noir as it does in fantasy and science fiction.

Take, for example, this passage from the second chapter of Dashiell Hammett’s The Maltese Falcon. Sam Spade is on his way to a crime scene, and he stops at an overpass nearby to check out a few looky-loos interested in the murderous goings-on:

An automobile popped out of the tunnel beneath him with a roaring swish, as if it had been blown out, and ran away. Not far from the tunnel’s mouth a man was hunkered on his heels before a billboard that held advertisements of a moving picture and a gasoline across the front of a gap between two store-buildings. The hunkered man’s head was bent almost to the sidewalk so he could look under the billboard.

There’s nothing in this paragraph that relates to the murder he’s about to investigate or the case he’s working; the fleeing car doesn’t have any important characters in it, and the looky-loo never shows up again. This is pure worldbuilding. Spade’s world is one of cars and ads and fumes and concrete and people so bored and aimless that they’re willing to contort themselves to catch a glimpse of a dead body. For all we know, the two stores are selling rare flowers and fine art; it doesn’t matter, because in Sam’s world, all that matters is the tawdry commerce of it all.

A few years later, Horace McCoy’s They Shoot Horses, Don’t They?—one of my favorites—takes the same mood even further.

The park was a fine place to sit. Through the palms you could see many buildings, the thick, square silhouettes of apartment houses, with their red signs on the roofs, reddening the sky above and everything and everybody below. But if you wanted to get rid of these things you had only to sit and stare at them with a fixed gaze . . .

The two people sitting in the park are Gloria and Robert, who—worn down by the dismal grind of life in Depression-era Hollywood—are about to sign up for a gruesome dance marathon. Obviously, this paragraph says a lot about Robert, our narrator: even before meeting the nihilistic, suicidal Gloria, he’s already estranged enough from humanity that his favorite thing about the park is the distance it provides from the rest of the world. But that world isn’t one of cozy bedrooms and friends and cocktail parties; it’s a world of blocky, graceless apartment houses, topped with signs that dye everything red. A different kind of LA story might have spoken of the way the palm trees grow tall and straight, the way their fronds explode out at the top. In the paragraph before the one I’ve just quoted, Robert sees them as “sentries wearing grotesque helmets.” This is a book about a world at war; not a war between opposing armies, but between hard economics and fragile human beings. We learn all of this, subconsciously or otherwise, from a three-sentence description of some apartment houses on the other side of some palm trees.

Article continues after advertisement
The noir writer’s job is to show us that place we think we already know, to make us see it in a different way and think differently about the people that inhabit it, and the same is true of fantasy.

No reader is a blank slate, and all writing, no matter the genre, takes for granted a certain level of received knowledge. If I say the words space station or city park or castle, a picture forms in your mind: maybe it’s from Star Trek, or maybe it’s from Game of Thrones. We’re familiar with the typical noir setting, too: maybe it’s a suburb, a grimy part of the city, the car dealership where you bought your Subaru station wagon. The noir writer’s job is to show us that place we think we already know, to make us see it in a different way and think differently about the people that inhabit it, and the same is true of fantasy. To write effective fantasy, you have to cut through peoples’ preconceived notions about the genre, notions that come in large part from animated films with singing animal sidekicks and the sanitized fairy tales of our youth (unless you had somebody awesome or oblivious enough to get you the unexpurgated versions): to show you something you think you already know, but to see it differently. Fantasy worldbuilding can be more obvious, because cars and pawnbrokers are closer to our frame of reference than wagons and moneylenders, but the world is built, nonetheless.

Miryem, the protagonist of Naomi Novik’s Spinning Silver, could have fit right in with Robert and Gloria: poor, up against a wall, forced to take insane risks to survive. Instead of a callous dance marathon promoter, she finds herself facing the king of the Staryk, a mysterious people who live in a land of ice and raid farms. Instead of a seedy seaside dancehall, Miryem’s quest leads her to the king’s castle; instead of craven reporters and desperate dancers, she meets reluctant servants who don’t quite know what to make of her. But the need that drives her is the same.

My crime novels are all about hopeless, typically working-class protagonists. Unhappy people making bad decisions, I joke. My fantasy novel is about unhappy people making bad decisions, but with magic. The idea is the same: to build a world for the characters to inhabit that feels distinct from ours and yet fully-fleshed out, familiar but different. Worldbuilding is, indeed, languages and weather and religious systems, but it has its deepest roots in playing with, and off, that difference. My husband, after reading the first draft of my fantasy novel, The Unwilling, said, “It’s funny, you built an entire world around the lack of the telephone.” It’s not untrue. A lot of the complications in my book could be eliminated by a solid 5G network. And in some ways, that’s the biggest difference: fantasy has magic; noir has electricity. What matters are the characters, the story. 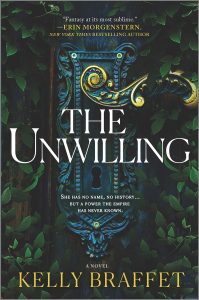 Kelly Braffet is the author of the novels Save Yourself, Josie and Jack and Last Seen Leaving. Her writing has been published in the New York Times and Vulture.com, as well as The Fairy Tale Review, Post Road, and several anthologies. She attended Sarah Lawrence College and Columbia University and currently lives in upstate New York. 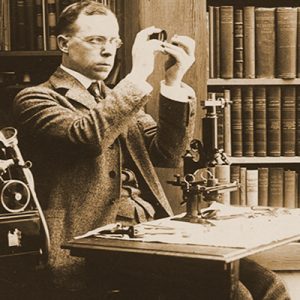 “New murder case,” read the note that the criminalist jotted in his journal on August 24, 1925. He slipped a white lab coat...
© LitHub
Back to top