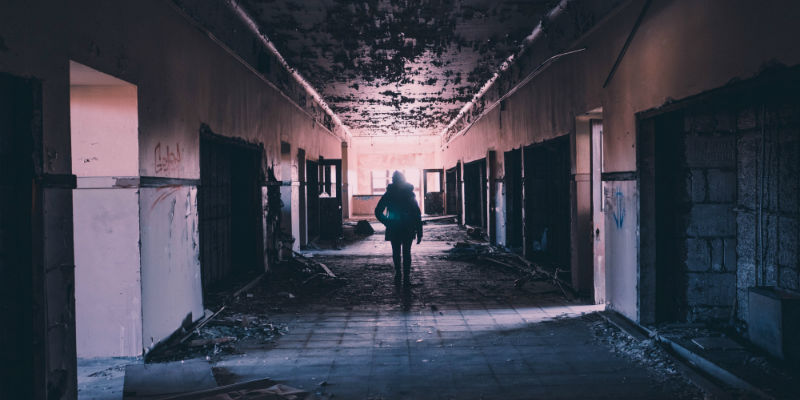 A Lawyer and Mystery Novelist Reflects on Drug Court

Every author brings aspects of their own life to their work in one way or another, whether it is the small details that instill authenticity in a character or the larger world through which a character journeys. As for me, my books reflect my twenty-five years as a criminal defense attorney, with my cases and clients informing my plots in various ways. However, for my most recent novel, The Shadows We Hide, I wanted to delve into an aspect of my practice that provided some of the darkest moments in that career as well as some of the brightest—drug addiction.

For the final eight years of my practice, I volunteered as an attorney with a program called “Drug Court,” which is designed to be a last-chance stop for addicts before going to prison; in fact, a person usually doesn’t get into Drug Court unless they are on the verge of receiving a significant prison sentence. If they qualify and are accepted into Drug Court, they are pulled out of line for prison and given one last chance. In Drug Court, the participants come to court once a week to meet with a judge and discuss their progress (or lack thereof) in the program. Between court appearances, they work with psychologists, chemical dependency counselors, social workers, employment specialists, and others to try and rebuild their lives in a way that sets them on the path to recovery.

Before my experience in Drug Court, my view of addiction was that of a passerby looking out of a car window as I drove through that world. I saw the people who struggled with addiction, but at the same time, I really didn’t see them.  At my practice, I worked with nurses, lawyers, clergy—even cops—who lost everything because of addiction. I did my job as their attorney, limiting their consequences, but then I moved on knowing that if they didn’t clean up their act, they’d be repeat business for me. It wasn’t until I started working in Drug Court that I found some perspective on how crushing addiction could be.

The folks who made it to Drug Court were what we called high risk/high need addicts, people who had spent years burning bridges, sponging off of their relatives, and making promises that would never be kept. Often, they had been living in that bleak world so long that they had forgotten any other way to live. Some came to their addictions because of mental illness or found it to be a way to deal with trauma and dysfunction in their lives. Others simply couldn’t kick the painkillers after a simple accident. Regardless of what started them down the path, they found themselves in our court, many having been abandoned by their family and friends. Thus began their journey in Drug Court.

And just to be clear, Drug Court, like other avenues of recovery, can only do so much. There is no panacea for drug addiction, as the current epidemic has proven. There is no guarantee of a happy ending. For eight years, I attended Drug court on a weekly basis, interacting with the participants and getting to know them on a personal level. I met their families. I heard their stories. I came to understand their struggles.

There were times when I watched them fall. Some of them went to prison, but some overdosed and died. And now that I was on the Drug Court team, I was no longer a passerby merely looking out through my car window. I knew these people. I had watched addicted mothers break down as they relived the pain of losing their children. I listened to men tell of how they had betrayed their friends, lost their families, and destroyed their careers. I began to understand how addiction could become more important to them than anything. I started to grasp the struggle they went through as their brains and bodies demanded that release that came from using—a  feeling that I am told can be as powerful as the demand for breath even though one is submerged under water. When things went badly, I felt it personally, and when that failure involved a casket, I mourned.

But then there were the successes, people who came into the program who weren’t supposed to make it. Some walked through the door with a pretty good shot of recovery, but there were others who seemed so far gone that no amount of effort would work. I remember times when our team discussed whether a particular participant should be admitted, and the discussion reached the conclusion that no one really thought the person could succeed, but we felt that we had to give them that one last chance. And when those people turned their lives around, it seemed like nothing short of miraculous. It was those victories that kept team members like me coming back.

It is against the backdrop of that experience that I wrote my most recent novel, The Shadows We Hide. In all of my novels I seek to delve into various aspects of the human experience in order to find seeds of emotion. I write mysteries, true, but it is my hope that the intellectual exercise of the mystery plot can be used as a vehicle to explore deeper themes, like guilt and hope and forgiveness. What is important to me (and hopefully to my readers) is the world behind the eyes of my characters, the history that brought them to where they are in their lives.

The Shadows We Hide is my fifth novel, but it is the sequel to my debut novel, The Life We Bury (2014). In that book I created Joe Talbert, a kid who runs away from home to attend college. Over the years Joe had become the main caregiver for his autistic brother because of their mother’s significant addiction and mental health issues. Kathy’s character is drawn from many people that I’d met in my time as a criminal defense attorney, but in particular, she comes from my experience working with people in the throes of addiction. Her lying, her selfishness, and her general air of undeserved arrogance came easily to me. I knew her. I had met this person and spent time with her. I’ve written five novels and created characters who were assassins, serial killers, rapists, and pimps, imbued with the darkest traits imaginable. Yet, in the years that I’ve been doing book events and speaking to book clubs, no character I’ve ever written has carried as much abhorrence and loathing with my readers as did the character of Kathy.

I’ve thought about this a great deal and am of the opinion that the enmity my readers feel for Kathy is as strong as it is because she is more real to them. Very few of us can say we’ve shared a meal with a serial killer. On the other hand, how many of us have that one person in our lives—maybe in our own families—whose self-centeredness has been the source of immense strife? I think readers understand Kathy on a personal level and thus relate more directly to the pain that she inflicts within the story.

When I decided to write a sequel to The Life We Bury, the aspect of the novel that intrigued me the most was how readers would feel about revisiting Kathy after six years. At the end of The Life We Bury, Kathy and her son Joe were on the outs, and in the time between the first novel and its sequel, their relationship has been completely destroyed by Kathy’s actions. But what would happen, I thought to myself, if Kathy went to Drug Court? Given who she was, would the lessons of recovery sink in? Or would she game the system and defy any attempts to change her.

Now that The Shadows We Hide is completed, I am curious to see how it will play to readers. There is a particular scene in the novel—a scene that I wrote a good year before I was ready to write the rest of the novel—that is very powerful and emotional for me. I wonder, though, if it will be as emotional for others. Would that scene have been as powerful for me if I hadn’t gotten involved with Drug Court—if I hadn’t gotten to know the participants as I did? Will my readers feel emotion reading that passage? Or will they look at it in the same vein as I looked upon addiction for all those years—as though through the window of a passing car? 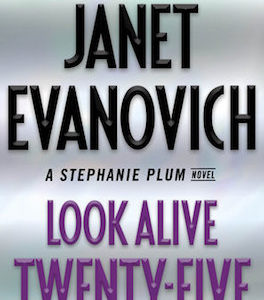 VINCENT PLUM BAIL Bonds is one of several storefront businesses on Hamilton Avenue in Trenton, New Jersey. It’s run by my cousin...
© LitHub
Back to top