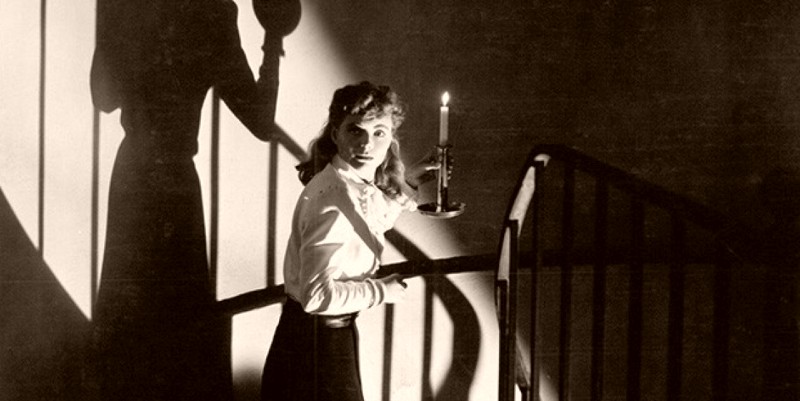 What writing horror (and hearing noises in the night) taught me about the impulse to explore—even in the face of danger.

Horror films often have a trope where a character will hear an unexpected noise and go to investigate. Usually at night, usually when they’re alone, sometimes during a storm or power blackout. They creep downstairs, or upstairs, or from room to room, moving agonizingly slowly while the camera follows them in a continuous shot and shows less of the environment than we would like.

They might call, “Mark, is that you?” Their only answer is another noise luring them deeper into the house.

The music is subdued: a single, strung-out note, gradually growing louder, cluing us in that something bad is about to happen. The camera lingers over the protagonist’s wide eyes and lightly-parted lips. The stringy music is now so loud that it can’t go on any further, this is it, it’s about to happen—

Meanwhile we, the viewer, are asking why they couldn’t just turn on more lights, or call someone, or, I don’t know, stay in their locked room with the police on speed dial.

Inadvisable behavior is a well-known trope in horror films and fiction, whether it’s investigating strange noises in the basement, or splitting up, or ignoring enormous neon warning signs.

But how do real humans react in those situations? How would I, someone who writes horror fiction for a living and who is in possession of a long list of rational and irrational fears, react?

Not much differently, as it turns out.

This happened when it was nearly midnight, my family was asleep, and I was in my bathroom, brushing my teeth after a shower. Two things occurred in the span of a second: a loud bang came from behind me, and motion—something small and light—shot across my peripheral vision.

I turned, trying to figure out what had happened, but there was little to see. I was alone; the door was closed; nothing seemed disturbed.

Ghosts and hauntings have fascinated me for as long as I can remember. My family moved a handful of times while I was growing up and each new house presented the same wonderful and awful possibility: what if this is the one? What if this building has some kind of paranormal entity?

Inevitably, the answer was no. Or, if there was something unexplainable, I didn’t see any signs. It’s possible that doors opened when they shouldn’t have or objects were slightly shifted, but with four humans and three boisterous cats living together, they went unnoticed.

That moment in the bathroom, as I stared at the empty walls and closed door, was the first time I encountered something more. Something without a cause. No easy answers.

I don’t know if I believe in ghosts. I put them in the same box as certain cryptids and the infamous local big cat sightings. Are they real? Possibly. Can I say either way? Not yet.

On one hand, in the era where everyone has a device capable of recording video in their pocket, evidence of the paranormal remains scant. On the other hand, I’ve heard stories from people I trust. People who have seen figures, had bruises form on their bodies, and heard voices when they were very much alone. My mother used to work as a nurse and once saw a security tape of a spectre walking through the hospital’s parking lot. This was before the internet, and the tape had been rewound and replayed so many times that it was barely more than static.

I trust those people. But second-hand accounts aren’t the same as a real experience. Despite my faint hope-slash-dread spawned from every new building I live in, and despite numerous ghost tours, I’d never seen anything with my own two eyes. Until that night.

My first step was to rule out every possible natural cause. The movement had come from my peripheral vision; that could be easily explained. It was late, I was tired, and visual hallucinations aren’t uncommon. The noise was harder to discount. It came from inside the bathroom, just behind me. I’d never experienced audial hallucinations before and having them both occur at the same time was too great for coincidence.

I stood there for several moments, waiting for some kind of answer to present itself. None did. There were no other noises. No other movement. Eventually, I turned back to the sink and resumed brushing my teeth.

That’s the part of the experience that really sticks in my memory. I’d just witnessed possible proof of the supernatural in my own home, and, after a brief pause, I simply returned to my life.

The character who unwisely walks into the basement to investigate strange noises is, in a frustrating kind of way, more realistic than I’d like them to be.

It’s hard to watch a fictional character live in a house that is very clearly haunted, and discount every red flag. Those are the characters that hear a strange noise in the middle of the night and investigate alone. They don’t call the police. They don’t wake their family. They just slink into the basement, lights off, confused but not especially concerned.

I have a love-hate relationship with those characters. On one hand, I wish they would do the smart thing and get out of there, but on the other hand, they create some deliciously awful moments of tension. And they inevitably lead to fantastic jump scares. Yes, I like jump scares. Yes, yes, I know, it’s the cheapest form of horror. They’re my guilty pleasure. Don’t judge me.

In a novel, unnerving experiences are condensed and the mundane are ignored. No one writes about a character loading the dishwasher unless it leads to something.

But life is made up of the mundane. Each day we experience thousands of insignificant moments, most quickly forgotten.

That experience in the bathroom only lasted for a second. It was disturbing, and I wouldn’t quickly forget it. But it became just one second out of millions, and even the most important second fades into the background under the ceaseless onslaught of routine.

I’m not alone here. Humans have a remarkable ability to put up with discomfort. Many families that report paranormal events also report simply living with them.

The hotly-debated Enfield Poltergeist, which formed the basis for The Conjuring 2, lasted for eighteen months. The family tried to make it stop, but, when their efforts didn’t work, they simply learned to put up with it.

A woman I met during a ghost tour told me, in hushed tones, about the supernatural events she experienced while working in a youth centre. Footsteps running along empty hallways, voices whispering to her late at night, disembodied shadows. They frightened her to the point where she refused to be alone on her shift. And yet, despite this scenario sounding like the intro to every horror story ever, she continued working there for six years.

The character who unwisely walks into the basement to investigate strange noises is, in a frustrating kind of way, more realistic than I’d like them to be. And I resent that fact aggressively.

And it’s a big part of why I love fiction; I get to dabble in the fantastical. Whether that’s a ghost leaving bloody handprints in the hallway, or the idea that a panther-like big cat lives near my home… or even just a character who takes a paranormal experience seriously.

My own story has a resolution, but, as these things tend to be, the truth is deeply disappointing. I found the cause of the noise early the following morning. My showerhead is hinged, and the connection had become loose. As it cooled after the shower it swung down and hit the tiles. Light reflected off the metal and arced across the wall near me.

Thankfully (or unfortunately?) I continue my record of living in extremely unhaunted buildings. At least for now.

There’s a silver lining, though: I learned something about myself in the moment where I turned back to the sink and continued brushing my teeth. I am the idiot who will ignore every warning sign and blithely continue living in a haunted house.

Darcy is the USA Today Bestselling author of Hunted, The Haunting of Ashburn House, Craven Manor, and more than a dozen horror and suspense titles. Her latest book, Voices in the Snow, is now available from Poison Pen Press. She lives on the Central Coast of Australia with her family, cats, and a garden full of herbs and vegetables. Darcy loves forests, especially old-growth forests where the trees dwarf anyone who steps between them. Wherever she lives, she tries to have a mountain range close by. 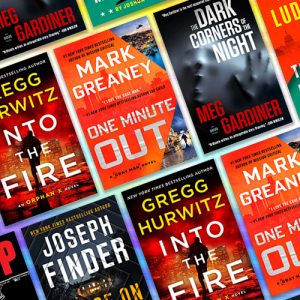 What a time it is to be alive if you’re a fan of high-octane thrillers! Through January and February, some of the year’s...
© LitHub
Back to top