A Different Kind of Thrill

There’s a reason the romantic subplot is a mainstay in mystery/thriller. It can give the reader a break from the non-stop death-defying action, and it lets us see another side of our hero. Or maybe there’s no real relationship involved – our Jane Bond might just be picking up a hunky henchman for a quick roll in the hay, or two characters have more of a prickly love/hate connection going on. Either way, a sex scene is a chance to mix up the action and add new stakes.

“Sex scenes are devised to nudge a character in a different direction and change the trajectory of their journey,” says Tessa Wegert, author the Shana Merchant series of mysteries – and yes, Tessa says we’ll see some heat in an upcoming novel. “At their core, mysteries are about plumbing the depths of the human condition, so as long as a scene reveals some aspect of human behavior, whether that’s manipulation, self-destruction, or an emotional brain state like trust, the plot can reap the benefits.”

After all, if you’ve decided not to do the classic fade-to-black, there’s probably a reason for that (right?). Your readers would have picked up an erotica novel if they were looking for sheer titillation; they’ve come to your novel looking for something different.

Like any other plot point in my books, I try to have at least one secret I’ve been holding back just for that scene, which reveals itself during the action. It could be something subtle, like a macho character being actually kind of a sap – or something stark, like our heroine checks out during the main event. Are they thinking of past experiences? Is there someone else they wish they were with? Maybe our couple’s initial attempt doesn’t work out, with someone killing the mood – do they work through it, or give up? These are all ways to learn about the characters and their circumstances.

Keep in mind, there are plenty of reasons people have sex beyond the hearts and flowers – ego fulfillment, jealousy, wanting to make someone else jealous, wanting to humiliate a partner, hoping to feel something. I love to see characters making mistakes and getting things wrong, whether trying to uncover a dead body or, uh, a live one.

That doesn’t mean it’s easy to write. I knew I needed my characters to hook up in a pivotal moment, but I also knew that my parents, great aunts, and former elementary school teachers all read my last book. (My advice: pretend they aren’t going to be picking this one up). My goal was to stay away from wish fulfillment and focus instead on the little notes of realism – in The Bone of Cay, the female character immediately gets up to pee after the big event, while the male character falls asleep. Ah, romance.

As with real sex, people have different tastes around how raunchy they’re willing to go and there’s nothing that’s going to work for everybody. Good writing is good writing in all circumstances and bad writing will land you on the wrong lists at award season. But we’re all good writers here anyway, right? No purple prose, no wasted space, no leaning too hard into an extended metaphor. “What’s hot to one reader might be a turn-off to another, so this is one of those times when I ditch the show don’t tell rule,” says Wendy Walker, whose most recent novel Don’t Look For Me came out last year.

I read a lot of action novels so I’m also pretty familiar with sex scenes written from the male perspective. There’s generally lots of talk about how desirable the woman is, heavy description of her physical appearance, and how much she enjoys the studly hero’s, uh, skill-set. I’d like to think we can challenge ourselves to give readers something fresh and new.

I asked E.A. Aymar, author of They’re Gone and The Unrepentant, for his go-to examples of favorite explicit thrillers that break the mold. “I really admire crime fiction writers who turn the same unflinching eye toward sex that we routinely do to violence,” he said. “Jennifer Hillier, P.J. Vernon, and Christa Faust are three of the best, off the top of my head, at not turning the camera away when the clothes come off. And crime fiction is better for it.”

To this I would add a recommendation to read beyond the genre by picking up a few steamy romance novels, many of which include a diverse mix of couples and points of view. These folks know what they’re doing!

But when in doubt, keep it simple: “With thrillers in particular, I try not to use page space for anything that doesn’t move the plot or develop the characters,” says Wendy. “So if I absolutely need the reader to experience a sexual moment between two characters, I’ll make the passage short and focus on the emotional impact, not the physical description. Get in and out, so to speak!”

Hmm, I wish I’d asked Wendy about this before I emailed that last draft of this novel to the family newsletter. 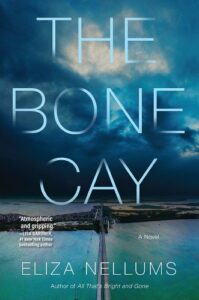 Tessa Wegert is the author of the Shana Merchant series of mysteries, which includes Death in the Family, The Dead Season, and the upcoming Dead Wind (April 2022).

Wendy Walker is the international bestselling author of six standalone novels including last year’s Don’t Look For Me.

E.A. Aymar is an Anthony Award-nominated author of two novels. His next book, NO HOME FOR KILLERS, is coming out in 2023 from Thomas and Mercer.

Eliza Nellums is the author of All That’s Bright and Gone and The Bone Cay (December 2021). The former is totally G-rated.

Raised in the Detroit suburbs, Eliza Nellums now lives with her cat outside Washington DC. Her first novel All That's Bright and Gone was named as an Amazon Editor's Pick for December, and was praised in the Washington Post and RealSimple Magazine. She is a member of the Metro Wriders, a weekly critique group that meets in Dupont Circle. An amateur botanist and avid gardener, she divides her time between plants, books, and cats. 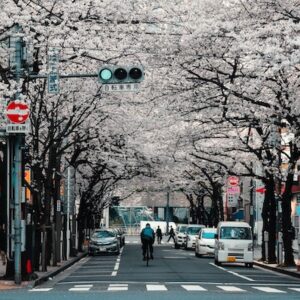 Silent Parade by Keigo Higashino is set on a street of shops in Tokyo, not too different from the street where Newcomer takes...
© LitHub
Back to top