Yes, Crime Writers, You Can Kill the Dog: A Counterpoint

Carter Wilson on breaking the cardinal rule of crime fiction.

How about that? A warning at the beginning of this piece; I’ve never done that before. I’ve killed off a decent amount of folks in my thrillers—hell, even crucified a few of them—yet none of my books contains a trigger warning. I added one here because I saw a review on Goodreads for my new book, The Dead Husband, that stated, “There are a couple instances of animal torture/death, which deducted half a star from my final rating.” (To be fair, there was only one instance (that I remember) and the death was quick and off-camera. I say give me my half-star back!) The reviewer went on to mostly praise the book but warn of potential triggers for other readers.

So, okay, I get it. No one likes it when the dog gets killed. I certainly don’t like it—I love dogs! I remember bawling my eyes out watching My Dog Skip just because the dog grew old and got a bit gimpy. Dogs are cute and fuzzy and drooly…but most of all, innocent. Conventional wisdom states a writer can kill whomever they want in a story as long as the family pet stays intact. Most readers willingly accept the murder of a person as long as the only anguish felt by that person’s dog is conveyed by its licking of the face of its bludgeoned guardian on the living-room floor.

But I say yes, you can kill the dog, too.

Nothing is off-limits as long as it serves the story. And that’s the key: it needs to serve the story. Sex and violence in a novel are often best depicted in small doses by the author; gratuitousness of either is lazy and boring. But when it comes time to screw or kill, an author should be decisive and impactful.

Every reader has their own limits. I recently read a thriller that detailed the gruesome killing of an entire family, little kids included. That was skip-over material for me. Although I skimmed the details, I understood and appreciated the author had to write that chapter in order for the reader to understand the stakes for the protagonist. In my newest book, a killer slays a dog to send a message of the highest urgency. Though the dog is unknown to the reader and the killing is not shown, I knew the revelation would be shocking. I didn’t kill the dog because I wanted to piss off readers. I killed the dog because slaying a hamster didn’t convey the necessary gravity of the message.

Let’s consider just a few examples of theriocide in popular fiction and film (another warning: spoilers!):

There’s a simple calculation assumed by the writer in these instances. It’s the mathematical postulation that the number of readers who accept the death of an animal as a discomforting but necessary plotline advancement is GREATER than the number of readers who read the scene, throw the book against the wall, and deduct a half-star from their review. But it’s all a guess. An author needs to treat the death of any animal delicately, and I suggest anyone writing such a scene seek feedback from their agent, editor, beta readers, etc. to gauge the necessity of the death and if so, the correct amount of detail used to portray it.

The lazy author writes an animal-death scene as a shortcut to evoke an easy emotional reaction. But that’s a mistake. No matter what, someone’s not going to like it. Someone’s going to hate it, and they’re going to warn their friends not to read the book because of it. That scene needs to be so important that the story crumbles (or at least teeters precipitously) without it. But it can be done, and done with great effect, as long as it serves the plot.

Oh, man. I just checked that Goodreads review. Three people have already replied that they won’t read my book because of that one scene.

Maybe I should’ve written a sex scene instead. 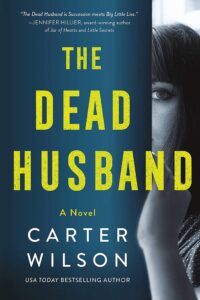 Carter Wilson is the USA Today and #1 Denver Post bestselling author of six critically acclaimed standalone psychological thrillers, as well as numerous short stories. An ITW Thriller Award finalist and a four-time winner of the Colorado Book Award, he has been honored by multiple starred reviews from Publishers Weekly, Booklist, and Library Journal. He lives in Erie, Colorado, in a Victorian house that is spooky but isn't haunted... yet. For more information, visit CarterWilson.com. 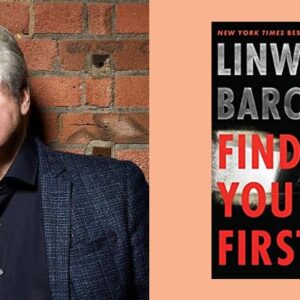 Linwood Barclay is the author of eighteen novels, and two thrillers for children. A New York Times bestselling author, his books...
© LitHub
Back to top