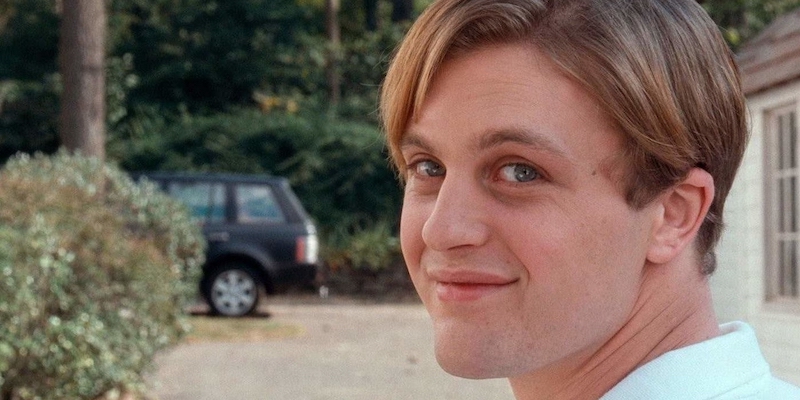 What is the responsibility of the author - and the audience - in creating and consuming horror?

A family room adorned with couch and a coffee table, the aftermath of a disturbing sequence of torture so fresh the blood is still pooling into the fibers of the rug. The body left behind is that of a child, his father dripping wet of sweat and tears crumbled on the floor. The silence, most of all, hangs there, punctuated by gentle sobbing. The boy’s body hidden; he’s no longer in pain—the games that culminated in a bag over the child’s head, devolving into suffocation and strangulation… it’s over. It’s all left to the father to deal with.

The father looks up and calls out his wife’s name, suspicious of the dead silence. He gazes over at the lit-up hallway and receives no response. The camera is filming the entire aftermath, the two home invaders in white—white gloves, white shirt, white shorts—have since left the room, perhaps left the film. Yet the camera continues to film, and the audience continues to watch. After the anguished 30 seconds that feels like 30 real-time minutes, the father begins to tremble as a golf ball rolls into view. Hold on that shot a little while longer and they return, the two invaders announcing, “Player one, level two.”

This is one of many harrowing scenes in Michael Haneke’s Funny Games that effectively folds the entire narrative onto the audience, forcing them into a psychological corner, asking, no… daring them to sit up, take notice, maybe even turn the film off. But they don’t, and it’s because the viewer continues to watch that the invaders and their victims continue their “funny” games. The fact that the invader uses a video game reference, nothing specific, just that the “player” here has decided to enter the next level, further cements this for the astute and perhaps more daring viewers. But it’s also far more than being fearless, it’s about embracing the reasons why something makes you afraid, unsettled, downright terrified.

Haneke’s film received a lot of controversy for going this route, with many attendees walking out of the premiere of the original 1997 version of the film at Cannes Film Festival (there’s also a 2007 shot-for-shot remake for US audiences starring Michael Pitt). The film was among a bevy of 90s horror films that pulled back the fourth wall and dabbled with violence and voyeurism. Early found footage films like Man Bites Dog and the Last Broadcast positioned the viewer in the same violent situations they’ve grown accustomed to yet due to breaking that fourth wall and ratcheting up the violence, viewers were put in an uncomfortable position. You don’t write and direct a film like this if you aren’t forging steps into a prevocational direction. You could say I hoped to do the same with Anybody Home?.

I was one of those people “walking out” of the proverbial theater when I first watched the 2007 remake. I still remember the visceral disgust I had when I finally pirated it off the Pirate Bay, too poor to buy the DVD, the film wasn’t available to rent anywhere near me. It sounded like yet another experimental film, which I had been devouring, one film a night. Consider it a crash course in understanding unconventional narrative structures. Haneke’s film was among some list that clued me into procuring it. Even after I had downloaded it, the film rested in my to-watch list for weeks. And on a fateful Sunday night, I decided to fire it up, and made it up to the infamous hot/cold fourth-wall breaking scene that culminates with confirmation of animal cruelty by the invaders.

At that time, I couldn’t understand why I was so disgusted, just that I was. I promptly disassociated myself from the film. I didn’t delete the video; instead, I looked to “cleanse” with a different film. I fired up a different horror film of the time, 1408, a film adapted from a Stephen King story. Also made to cause unrest, it was a different breed, something familiar. It was almost… funhouse, safe, convenient. The scares were there, sure, but there was no threat of being provoked or… complicit. And yet, there was still abuse, death, trauma in its characters actions, and the same could be said for many a horror story.

The most effective horror stories cause a psychological reaction. It’s why for every safe and fun zombie film we have torture porn, for every big-budget film we have movements like the New French Extremity. The extremes are tethered to a sense of provocation that conjure a wanton need to watch, to dare to survive it, fighting back that fight or flight response. It is why people go back to the classics like Psycho, The Exorcist, and The Shining. These films ask its viewers to understand it. Yet in those extremes, we also find that the depraved and the gory, the dark and the disorienting, often steps into a space that blurs the lines, lulling people into the reaction without being mindful of what’s at stake, what exactly is being posited in these gruesome scenes.

If the reader is responsible for anything when they encounter horror, it’s to attempt to understand why they are having such a response. Why did you recoil in disgust? Why does your heart race when a young teenager is chased by Jason? Why… why the response, and why so entertained? You could say that we are all responsible for our choices to consume any sort of art or entertainment, yet when it comes to horror, there is also the added caveat of understanding our subconscious reactions of which we are a witness. Your responsibility is to ask why and to keep reading.

Why did I back off from Funny Games? It hit me deeply. Seeing the dear dog’s body falling out of the back of the SUV… it made me think of my own pets, or any pets at all. It tapped a nerve that had everything to do with understanding the sheer devotion and loyalty, the kindness and cheerfulness of a pet dog, juxtaposed with the idea that such a kind soul was tortured and killed… it was too much.

When I returned to Funny Games, daring to understand, daring myself to make it to the end of the film, it was a few years later. Haneke’s choice to make the viewer complicit struck a chord. I couldn’t shake those moments when Michael Pitt’s unnamed invader turns to the camera, breaking the fourth wall, involving the audience. The final scene, Pitt’s domineering yet subdued character knocking on the front door of yet another unsuspecting house, enacting a repetition of invasion, only to make eye contact with the audience, holding strong, offering a telling smirk. In that moment, there is no longer the camera, only the character and the audience.

Funny Games forced me to ask why. Anybody Home? was written to dial deeper into these curiosities, the provocation itself; the family is a family, its members barely anything but their paper-thin tropes. If there’s a character fully defined at all, it’s the invasion itself, perhaps second being the house, the setting of the torture and terror. In designing and writing Anybody Home?, I aimed to force the reader to turn the proverbial lens on themselves, to ask themselves why. We shouldn’t sift through our experiences without an aim to understand. In asking why, we can find as much meaning in the act as we are entertained by it. Numb, indifferent, completely detached: It’s only when we blur everything and devour the story like fast food, like something to provide a flash of satisfaction before moving on, that becomes the most disturbing thing of all. 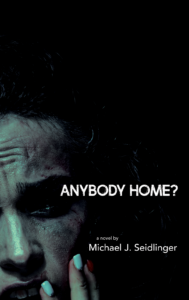 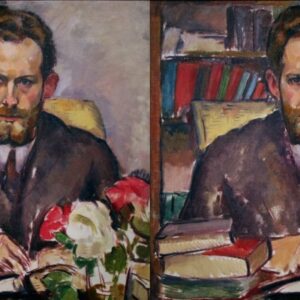 It truly gives me great pleasure to be able to put a few words to paper to mark the re-issue of The Benson Murder Case, the first...
© LitHub
Back to top