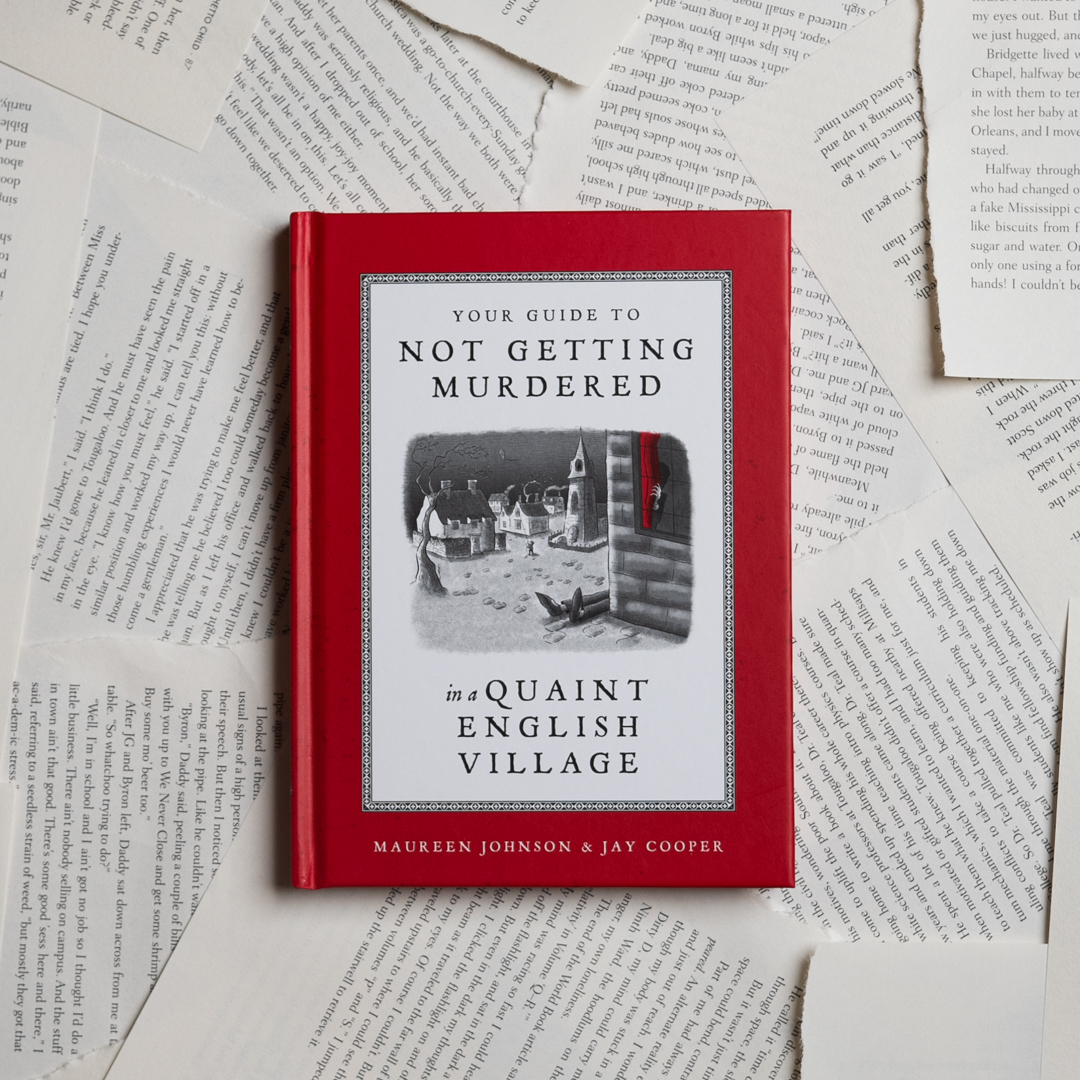 Inspired by the viral article of the same name that appeared on CrimeReads last year, Your Guide to Not Getting Murdered in a Quaint English Village is an illustrated guide to all the countless murderous possibilities lurking behind the bucolic facades of quaint English villages; perfect for fans of cozy mysteries.

A weekend roaming narrow old lanes, touring the faded glories of a country manor, and quaffing pints in the pub. How charming. That is, unless you have the misfortune of finding yourself in an English Murder Village, where danger lurks around each picturesque cobblestone corner and every sip of tea may be your last. If you insist on your travels, do yourself a favor and bring a copy of this little book. It may just keep you alive.

The Sweetness at the Bottom of the Pie by Alan Bradley
A quintessential tale of how everyone in every English village wants to kill you, and they will use delicious baked goods to do it. Lots of chemicals, strange relatives, large country houses, and fervent escapes on old bicycles. A master class in avoiding murder by being far more dangerous and suspicious than your enemies, which are everyone.

The Honjin Murders by Seishi Yokomizo
This one takes place in Japan, but all quaint villages are dangerous, no matter where you are. Don’t go to picturesque inns. Don’t stop for a drink at the village tavern. Don’t keep swords around. Don’t have relatives. Don’t, etc.

The Westing Game by Ellen Raskin
Strangers move in together in a large building on Lake Michigan. Not a quaint English village, but this one will provide essential training on observing your neighbors’ every movement, and maybe learn to build some bombs.

The Name of the Star by Maureen Johnson
A Jack the Ripper copycat London starts recreating his crimes. This one involves the big city, but it’s still England, which means someone is trying to murder you.

*By entering the giveaway, you consent to get news, excerpts, giveaways, and more from Pushkin Press and Random House, including info about Mystery, Suspense, & Thriller, and Humor books.