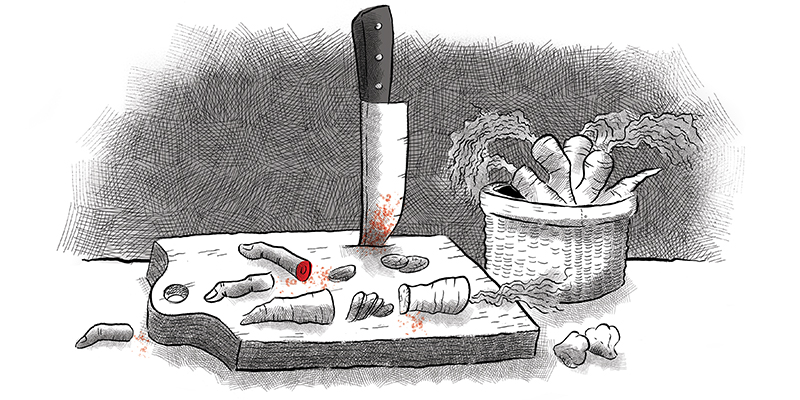 "[T]hey aren’t really full of murders and dead bodies. Those are just stories. Visiting a manor house would be fun!"

You are here because you love mystery stories. I understand. I am like you. I enjoy them so much that I write them, and I’ve just written one that takes place at an English country manor house. Everyone loves a manor house! And wouldn’t it be fun to go! After all, they aren’t really full of murders and dead bodies. Those are just stories. Visiting a manor house would be fun!

If you hold these naïve views, you fundamentally misunderstand the manor house and its occupants.

The manor is not a house or a home; it is an extension of a biological line, a symbol of dynastic power. Now it stands—barely—a shell of its former glory. The manor is too expensive to maintain in the modern world, now that people are so fussy about “working conditions” and “salary.” The poor aristocrat is a geode of privilege and anger—what you end up with if you compress all the entitlement and rage of collapsed empire into solid matter. They’ve had to sell the lesser Turners and the staff is down to eight. Most of the income is derived from tourists who have come to watch the manor crumble to dust.

At one time wealth came from the land, and those who owned the land were all powerful. Back then, there was a servant for every whim, ensuring that the manor dwellers never had to answer their own doors, run their own baths, brush their own hair, or find their own ducks to kill. Times have changed. Everyone wants to eat the rich, and the rich do not want to be eaten. The impoverished noble is one of the deadliest creatures on earth, and the manor house is their weapon of choice.

But why would they want to kill you, an innocent visitor?

Always assume that someone is roaming the grounds with a shotgun looking for long-lost relatives who might be mentioned in the will or a warm body to use to fake their own death. The entire place is a trap so you may die by accident. You don’t want to end up like that one villager who came to visit and wound up being eaten by the puma that the lord of the manor kept as a pet. And no one knows what happened to all of those orphans that were given refuge there all those years ago.

Do not go. Stop reading now. Close this window. Go back to whatever it was you were doing.

And yet you read on.

Should you insist on visiting a manor, familiarize yourself with this basic guide. You’ll last an extra day or so, and that may be time enough for you to make your escape.

“Come in. Come in! I was just revising my will and cleaning my guns! You must be freezing. Come, sit by the fire and get warm. Closer. Closer. That’s it. Now have a drink from one of these unmarked crystal decanters and once you’re nice and toasty we’ll go and feed the puma.”

It’s for working on memoirs and revising wills. You’re mentioned in both, but not in a good way.

Strangely, it’s safer than the study.

Quiet and peaceful. Full of things on high shelves that require ladders to reach. Contains deep family knowledge and having knowledge is always bad when it comes to the manor. Why, look! There’s an ancient copy of the family tree here in this copy of A Natural History of English Singing Birds. According to this, Aunt Clara was illegitimate, which means that the twins aren’t going to inherit…wait, wasn’t there a wall of shelves there a moment ago? 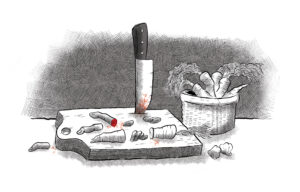 They really make a big deal about telling you that it locks from the inside, don’t they? That must mean it’s safe in there and no one can get in.

Tired: the 100-year-old plumbing that feeds the bathtub.

Wired: the electricity to the 100-year-old plumbing that feeds the bathtub. 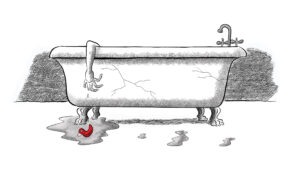 “Oh, that room? You wouldn’t be interested in what’s in there. It’s very unique but not your sort of thing at all. But if you’d really like to see for yourself…”

It’s not just the eyes that move. 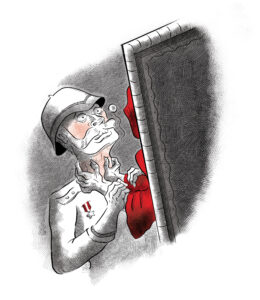 All the best stuff happens inside of them. 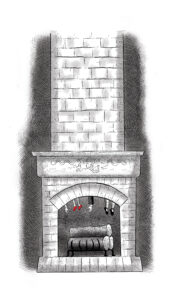 The aristocracy have three passions: inbreeding, collecting stolen artifacts, and engaging in recreational violence. You must take care as you approach the manor and beware of any events in progress, especially during a dynastic inheritance struggle.

There’s every chance that you have been invited to the manor for a shooing party. This is supposed to be a fun day out in which some servants shake birds out of the bushes while other servants carry and reloads guns, all so that the aristocracy can shoot at anything with wings. Well, that’s the theory. The shooting party is how the inhabitants weed one another out right in the open, an anyone of lower rank than a baron counts as a bird. 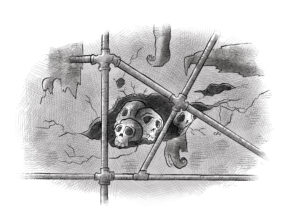 After the east wing collapsed on some schoolchildren back in the eighties, the villagers made such a fuss. Something had to be done. The renovations are still going on and will be going on forever, but there is no money for renovations, so they are never going on. The entire manor is held together by scaffolding covered in tapestries and child bones from the east wing incident. Small human skulls are simply perfect for filling holes in the masonry. In only there was a way one could get more…

It’s so lovely to get out of the city for the weekend and play tennis, have a picnic, do a bit of riding, and commit some adultery. Of course, no one is invited to the manor out of generosity or actual friendship. The best-case scenario is that you’re there to be framed for murder, but we all know things probably won’t go that well for you. Enjoy your horsey ride! 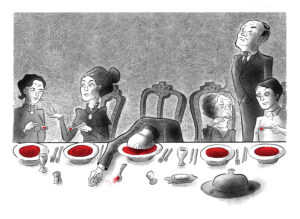 For when you want to be murdered, but you don’t have an entire weekend to spare. This brief festival of poisons and pointy things is a case study in what people can accomplish when they hate everyone around them as much as they hate themselves.

Come in, poors. Look around! You simply must see the east wing. 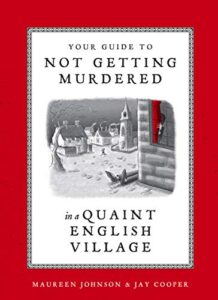 Partially excerpted from Your Guide to Not Getting Murdered in a Quaint English Village, written by Maureen Johnson and illustrated by Jay Cooper.

Maureen Johnson is the #1 New York Times and USA Today bestselling author of many books, including the upcoming and very murderous country house mystery Nine Liars and Your Guide to Not Getting Murdered in a Quaint English Village. For safety’s sake, she lives in New York City; the vicar cannot reach her there.

Jay Cooper is the illustrator of twenty-five books for kids young and old, including the upcoming graphic novel The Last Comics On Earth (based on the New York Times best-selling series The Last Kids On Earth) and Your Guide To Not Getting Murdered In a Quaint English Village. He’s also a Clio award-winning graphic designer of theatrical advertising and has crafted art and ads for over a hundred Broadway productions. Most importantly, he has a dog named Bradley Cooper.

Article continues after advertisement
Share:
Katherine TeganMaureen JohnsonNine LiarsTen SpeedYour Guide to Not Getting Murdered in a Quaint English Village 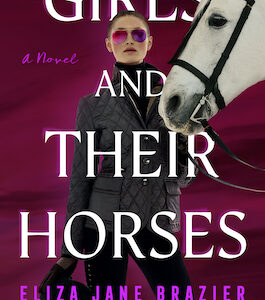 Maple’s mother had insisted she wear riding clothes to the horse stable, even though they weren’t there to ride. They...
© LitHub
Back to top