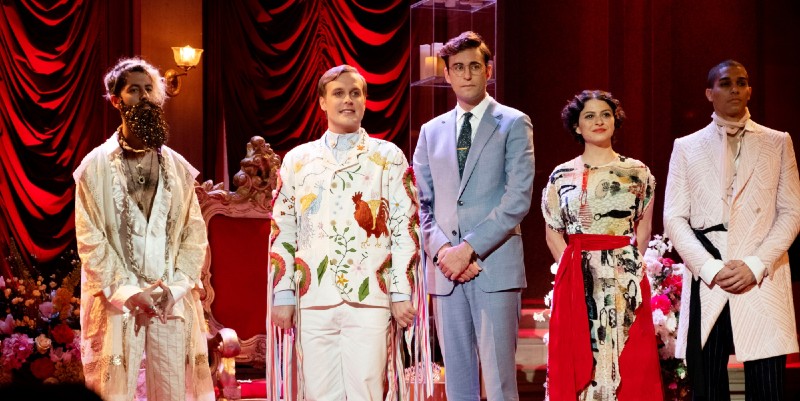 Perry Mason, international espionage, and more HBO shows that you can reasonably get through in one month.

Are you still more or less housebound and looking for new shows? Do you like spies? Do you like moody period pieces? Are you feeling nostalgic for a version of New York that existed just a few months ago but now feels like a generation removed? Well, you’re in luck, because there are some excellent new and returning series coming in June. Plus if you’re a fan of Venezuelan actor Edgar Ramirez (if you’re not, what’s wrong with you?), get ready because he’s in two big crime features this month, and both are coming to Netflix.

Look, I know what you’re thinking. The first season of Dirty John was pretty mediocre, why the hell would I watch a second season? The answer, Amanda Peet. To which the inevitable followup, wasn’t Connie Britton in the first season of this, and Connie Britton is pretty great, too, right, so why should I assume it’s going to be so much better this time around, without Eric Bana? Your reasoning is sound, but this season also has Christian Slater. And it’s kind of a period piece, so that could be interesting. Anyway, there’s Amanda Peet.

A futuristic sci-fi heist film starring everyone’s favorite Venezuelan leading man? Sure, I’ll definitely watch that. Based on the Remender/Tocchini comic, this one looks pretty lush on the visuals, and like it’s going to be a little over-the-top with Michael Pitt speeches, but hey, a heist film is a heist film. The Last Days involves a “signal” the government uses to interfere with criminal activity; the signal is going to be turned around to make the grab. Sounds pretty intriguing.

I recently did a digital event with Harlan Coben where he started off the conversation by saying that he was joining me “from Harlan Coben’s The House.” Honestly, at the time, the joke kind of zipped right by me but in retrospect I’ve come to appreciate it, especially as my Netflix algorithm gets more and more insistent (and correct) that my wife and I will jointly enjoy any new thing Harlan Coben has in the pipeline as part of his massive deal with the streaming giant. And we will. This one’s in Polish and has six episodes. Just thought I’d mention those facts, too. Does Harlan Coben speak Polish? Is he playing multiple parts himself, a la Eddie Murphy? Nothing would surprise me.

No US trailer for season 5 yet (above is the bande-annonce from its homeland), but rest assured your favorite brooding, stylish, weirdly addictive French spy show is coming to Sundance TV this month. As in other seasons you can expect plenty of internecine rivalry, creepy surveillance technology, and lots of staring off into the distance contemplating the fallen state of today’s world. For espionage junkies, this one is the gold standard on TV today.

Wasp Network was pretty widely savaged at the Venice Film Festival, which has significantly tamped down expectations, but it’s been reportedly re-edited in significant fashion, and it’s still an Oliver Assayas-directed spy film set in 1990s Florida starring Penelope Cruz, Edgar Ramírez, Gael García Bernal, and Wagner Moura, so just try to keep me from watching this thing. I will be there, and I will expect some seaside art deco decadent espionage. (Netflix seems not to have bothered making a new trailer for this yet, so above is the original.)

This one has been through quite a development, but it’s finally here. Originally developed for HBO by Nic Pizzolatto with Robert Downey Jr. producing and set to star, eventually Pizzolatto moved on to other projects and Matthew Rhys was brought in as the lead. Rather than tap into the iconic TV’s show’s nostalgia factor, the new series is going for a different kind of nostalgia, setting its story in Depression-era Los Angeles and absolutely soaking the thing in the noir staples, from the costumes to the moody sets to the corrupt city politics, not to mention Tatiana Maslany as “Sister Alice.” This is looking pretty promising, at least for noir aficionados. Whether a modern audience will tune in…well who cares, not our problem, plus HBO is just sort of airing everything now, right? Let’s hope this one is a winner doing justice to Erle Stanley Gardner’s legacy.

There’s no official season 3 trailer yet, so in lieu here are the trailers for the first two seasons. In case you’re just getting acquainted, and without dropping too many spoilers, Search Party is one part biting satire, one part lost girl mystery, and one part emotionally poignant belated coming-of-age portrait, and the whole thing is really quite good, although it arguably lost some momentum in season 2 after…the deed. But still this is one of the most innovative crime shows in recent memory, and it’s been rescued by HBO Max.

This new six-part docu-series is built out of Michelle McNamara’s 2018 book of the same name, and it follows her years-long investigation into the Golden State Killer, who was finally arrested last year (sadly, after McNamara’s death). The series is a deep-dive into a criminal investigation, but it’s also a portrait of a killer’s victims, and a portrait of a writer’s obsession. McNamara did as much as anyone to bring the new wave of DIY true crime investigation to the forefront of the popular culture, and the new series is sure to bring her work to an even wider audience. Hopefully it will inspire some other writers / sleuths out there.

The Search (June 12) (Netflix): Based on a true story of a kidnapping in Mexico City 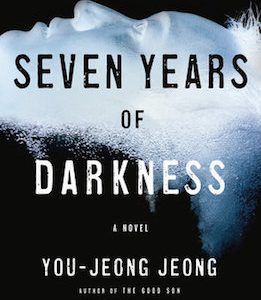 Sunghwan opened the glass door that led from the living room to the veranda. The wind was coming from the south, and the salty...
© LitHub
Back to top