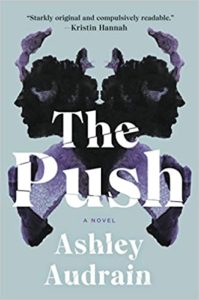 In Ashley Audrain’s slow-burn suspense thriller about motherhood, Blythe Connor doesn’t have much of an idea about how things are supposed to go–after all, her own mother left when she was a young child. She’s determined to be the perfect mother she never had, but she can’t ignore the worries caused by her eldest’s many outbursts. Something seems…off, about the child, something that she’s never felt about her darling youngest. As her checked-out husband reassures her that everything is fine, Blythe becomes increasingly certain that things are far from okay. –Molly Odintz, CrimeReads Senior Editor 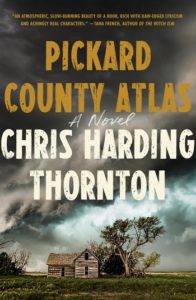 In the midst of a heat wave in 1978, the residents of Pickard County, Nebraska, are finding it hard to keep a cool head. When the family of a long-missing child decides to finally erect a headstone, it provides not comfort but a catalyst to the townspeople, as long-simmering rivalries and resentments spark into full-size wars. Chris Harding Thornton has crafted a lyrical ode to a harsh landscape that deserves its place in the canon of rural noir. –MO 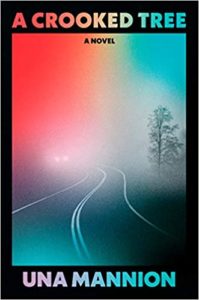 Mannion’s debut is a powerful coming of age story wrapped inside a slow-burn thriller. Libby, a teenager in 1980s Pennsylvania, is still dealing with her father’s death when a new tragedy strikes the family, an impulsive moment with a long ripple of trauma and mystery. Mannion writes assured, poignant prose that captures the nuances of a family’s terrible reckoning and a young woman’s struggle to cope and grow. –Dwyer Murphy, CrimeReads Editor-in-Chief 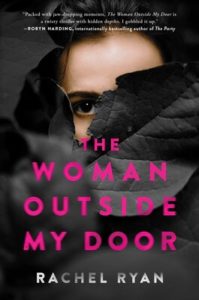 Rachel Ryan, The Woman Outside My Door
(Gallery)

Ryan’s debut is a chilling story about motherhood and grief, centered on a mother whose young child, coping with the death of a grandmother, seems to invent a new imaginary friend in her place. Except that maybe the friend isn’t imaginary. Expect a few chills to run down your spine as you work your way through this sharp debut. –DM 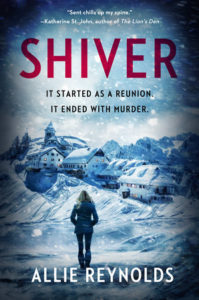 Reynolds, a former snowboarder turned author, delivers with this locked-room mystery that calls to mind a Golden Age tradition of disparate characters summoned to isolated locales to reckon with their sins. In Shiver, a group of snowboarders is invited to a French mountain resort. They’re expecting a reunion, but then the cable cars go out and the resort seems to be abandoned. Soon they’ll realize that some among them have crimes to answer for. –DM 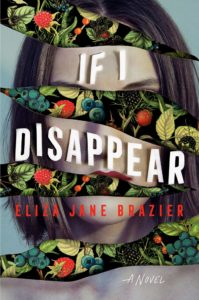 Sera works a dead-end job, has few friends, and spends her spare time obsessively listening to her favorite true crime podcast. When the host, Rachel, goes missing, Sera sets off to find her, and in the process, to shed her old self. She heads to the isolated California ranch that served as homestead and recording studio for the missing investigator, and gets hired on by Rachel’s creepy family to help out for the summer. Soon enough, Sera finds herself out of her depth as she begins to understand the dark secrets behind her bucolic new crash pad. –MO

A dog walker meets a brooding recent widower and gets involved in a tumultuous relationship, quickly becoming the subject of the town’s gossip, where the wife’s disappearance is also frequently discussed, along with the disappearance of her best friend, both lost in a nearby lake. What are those thumps she’s hearing from somewhere in the house? And what really happened to her new beau’s former lover? The ending was genuinely surprising, and I don’t say that a lot. –MO 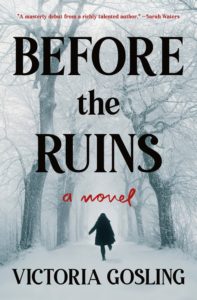 Gosling’s atmospheric thriller is centered on a fabulous, abandoned estate, where four strangers on the cusp of adulthood once spent a magical summer exploring, bonding, and playing increasingly dangerous games. Decades later, one is missing, and the others must reopen old wounds in order to track down their errant friend. Gosling uses her richly ruinous setting as a jumping-off point to examine class, innocence, morality, and loss. –MO 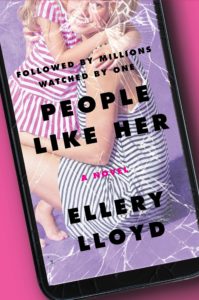 Not since reading Gone Girl have I found such a satisfyingly furious speech tucked in the midst of a thriller. Ellery Lloyd is the pen name for married couple Collette Lyons and Paul Vlitos, and something about knowing this book was written by a loving couple makes the gleeful cynicism of People Like Her that much more delightful. In this snarky take on the influencer era, a mommy blogger is being stalked by an angry fan, but People Like Her is much more than a tale of obsession—it also lays bare the contrast between curated screen lives and the messy truth underneath. –MO 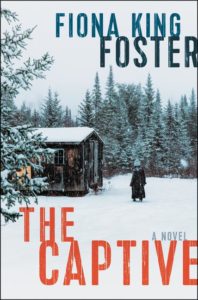 In this intense literary thriller, a family ekes out a precarious but peaceful living on a remote farm in a dystopian future. As is often the case in thrillers, an interloper arrives to disturb the careful balance in the household—in this case, it is an escaped prisoner whose chaotic presence will most likely cause all sorts of revelations to come to the fore. –MO 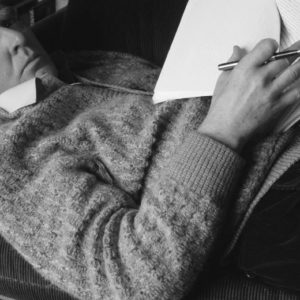 People say you should never meet your heroes. When, in 2011, I sat next to David Cornwell (aka John le Carré) I was more...
© LitHub
Back to top