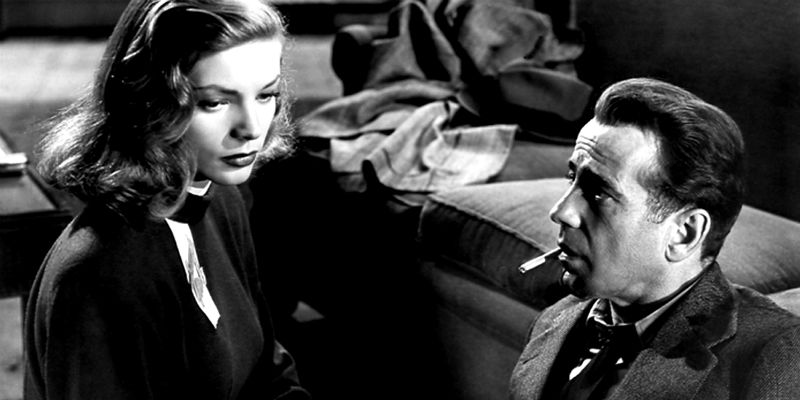 Why Is This Night Different From All Other Nights? Because This Night is Noir AF...

Passover has always been my favorite holiday—with its strong social justice overtones and drunken sentimentality, it warms the cockles of my pseudomarxist heart. The historicity of the narrative is debatable; some believe that rather than an actual migration of people, it was merely the story of the exodus itself that made its way across the Sinai Peninsula, while others have posited that the holiday originates from ancient rituals to ward off evil that had nothing to do with Egypt, and everything to do with guaranteeing a good harvest by ritually sacrificing sheep.

But, as in much of Jewish history, apocryphal tales of suffering and liberation became increasingly relevant as we fought back against prejudice with, well, symbolism (but very emotionally helpful symbolism!), and also, sometimes, actual fighting. Rebellions against Rome were fomented during Passover gatherings, and of course, the famed Warsaw Ghetto Uprising was launched on the first night of Passover (this year, a Passover Seder will be hosted in Warsaw for the first time in 76 years). Passover has also been embraced by many outside of Judaism, and frequently used as a metaphor in a number of liberation struggles, whether that be the fight for Civil Rights, carving out a space for feminism, campaigning against Trump, or, briefly in the mid-70s, an excuse to remember all those Soviet Jews who needed exit visas.

Beyond it’s emotional resonance, however, Passover is just brutal. All those dead firstborns, daytime darkness, desperate struggles, and lamb’s blood? It’s by far the most noir of Jewish holidays. In honor of Passover, I thought I’d round up 10 reasons why my favorite holiday is noir AF.

10 Reasons Why Passover Is The Most Noir Holiday

The death of the firstborns is pretty noir (and, given it’s punitive intent, definitely murder).

One of the plagues is three days of literal darkness. What could be more noir than that?

What do a hard-boiled detective from the 1930s and a guest at a Passover Seder have in common? They both drink several glasses of alcohol before even contemplating eating dinner…

Matzoh is super noir. I mean, a cracker with NO SALT?!? That’s food as fuel, not food as pleasurable indulgence.

Anything that scares the Goyim as must as Gefilte fish must be noir.

The proof is in the pudding.

7. Eating Tears and Also Everything Else on the Seder Plate

The symbolism of the Seder plate is brutal. You consume salt water that stands for the tears of suffering, bitter herbs that represent the bitterness of slavery, and delicious sweet haroseth, a fruit, nut, and wine concoction that is supposed to be the mortar used to build the pyramids, but is honestly just in there to make the Hillel Sandwich taste good. Oh, and a shank bone! Sacrificing lambs—very noir.

He starts as a fugitive on the run (re: baby in a basket), then impersonates royalty (although not of his own volition), and then becomes an enemy of the state engaged in clandestine rebellious activity (talking to a burning bush).

Nothing’s more noir than alternating between self-denial and self-indulgence, and that’s what we do when we spend four hours waiting to eat, and then, get to eat.

10. Every Jewish Holiday is Noir

Passover is pretty noir, but so is every Jewish holiday can be summed up as “They tried to kill us. We survived. Let’s eat.” I mean, that sounds like an elevator pitch for virtually every great crime novel.

20 Crime Novels That Probably, In Retrospect, Overestimated the Dangers of Marijuana

It’s been twenty-five years since I last murdered someone, or has it been twenty-six? Anyway, it’s about that long ago....
© LitHub
Back to top