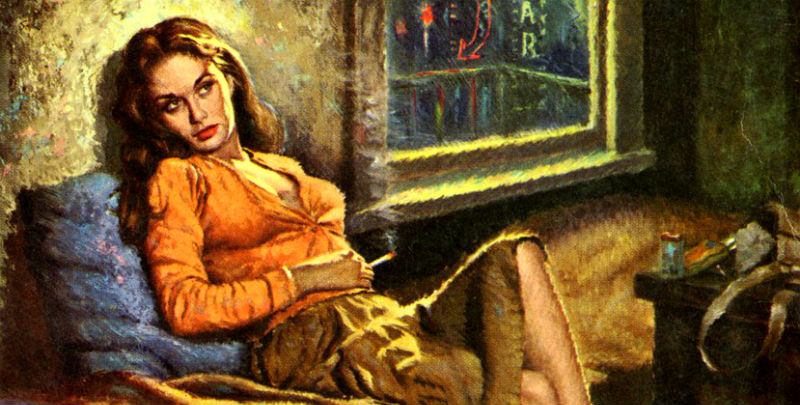 20 Crime Novels That Probably, In Retrospect, Overestimated the Dangers of Marijuana

Crime Fiction's Colorful History of Being Freaked Out by Weed

Crime fiction and marijuana have a long and sometimes sordid, sometimes really pretty sympatico relationship. The iconic PIs of midcentury noir mostly had a tolerant view toward the drug. Lew Archer was dubious of parents who saw the primrose path to hell lined with doobies; Travis McGee wasn’t a regular smoker himself but he never seemed to mind when his romantic partners lit up a jazz cigarette or when a dockside party laced the air with purple haze. But for every open-minded investigator of the era’s fiction, there were a dozen or so sensationalist accounts of teenager drug fiends gone mad, daughters lost to ganga, and red-eyed monsters driven to all manner of murder and mayhem by the drug supposedly sweeping the nation like an epidemic.

That’s right, we’re talking about the famed “reefer madness.” The madness was more than just a propaganda flick (1936) or an after-school special (take your pick of years up to the early 1990s). The world of crime fiction got in on the act, too, with many a paperback trafficking in the tropes of marijuana alarmism, a danger that seemed real and relatable to a certain segment of the reading population, which scooped up these paperback tales of teenage hoodlums and runaway dope-fiend daughters.

This 4/20, we’ve taken it on ourselves to scour the annals of crime fiction past for the books that probably, in retrospect, overestimated the dangers of smoking marijuana. Now, keep in mind, we haven’t read all of these books. We’re basically going on the covers, the titles, and the taglines. (A note: we’ve tried very hard to distinguish where “dope” was referring to marijuana as opposed to heroin or some other opiate; we may be wrong in a few places but seriously, we tried.) (Another note: for the serious, non-sensationlist argument about the dangers of marijuana, check out reporter / thriller author Alex Berenson’s recent book; or consider Don Winslow’s arguments concerning the legalization of marijuana and the cartels’ turn to opioids.)

Presented to you here, with minimal commentary and mostly for a laugh but also a fun little trip down noir memory lane, we give to you the very best and most sensational accounts of marijuana use a bevy of talented crime writers could dream up. 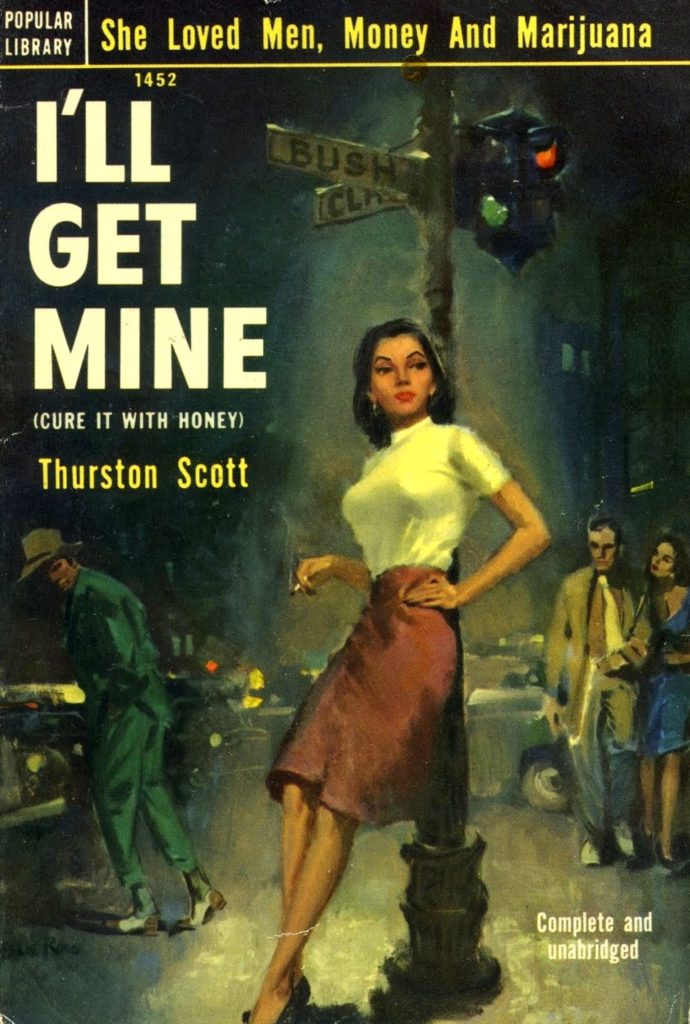 Don’t miss the subtitle: “Cure It with Honey” 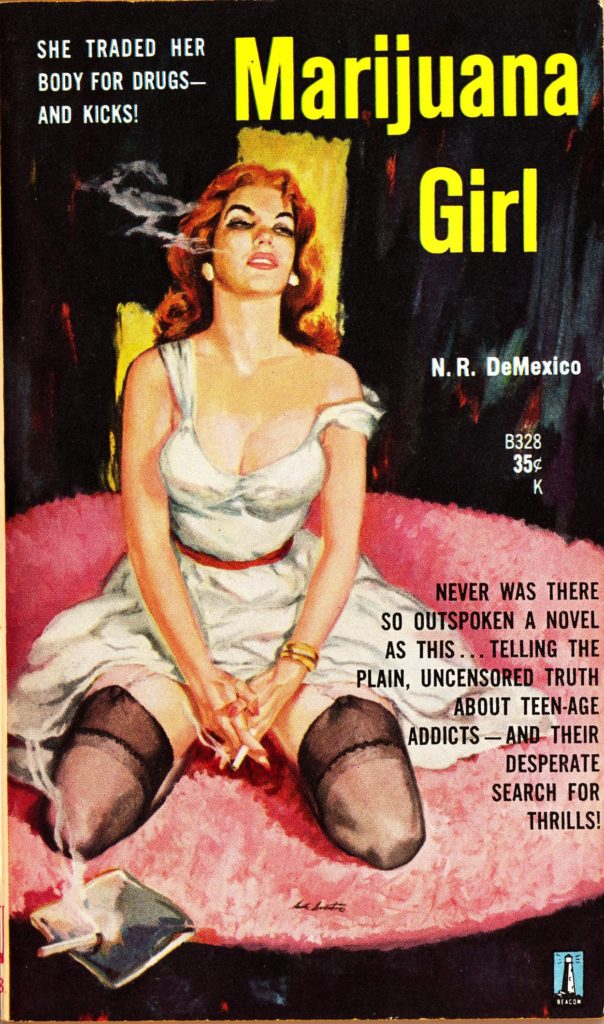 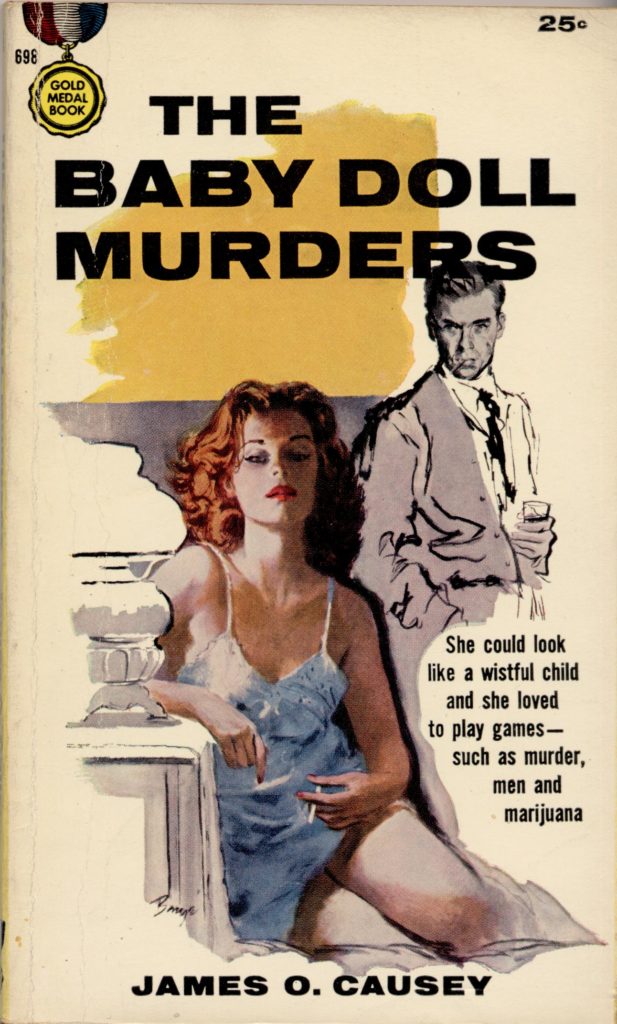 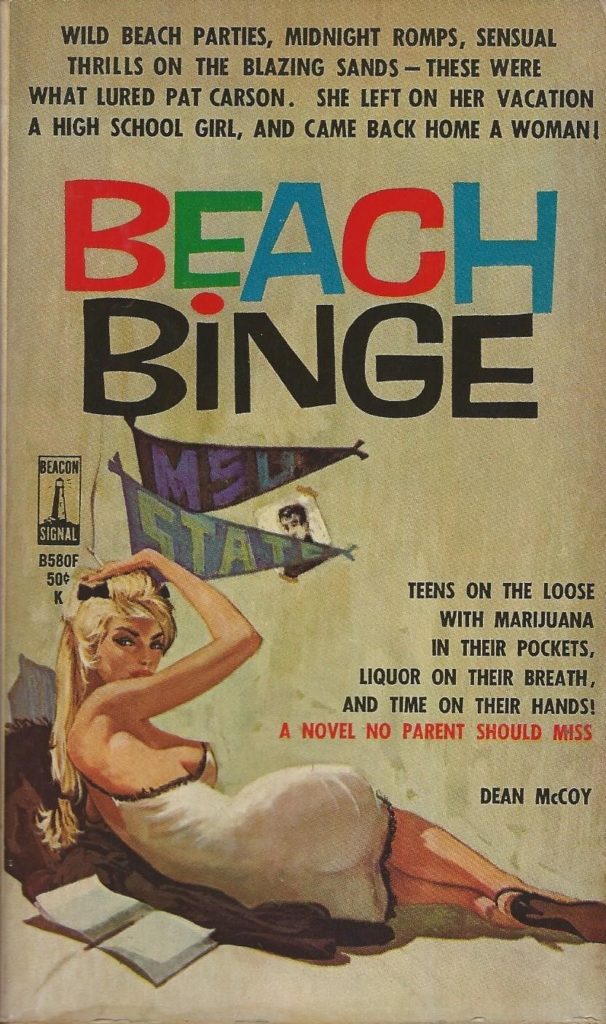 The one thing you can’t give teens: “time on their hands” 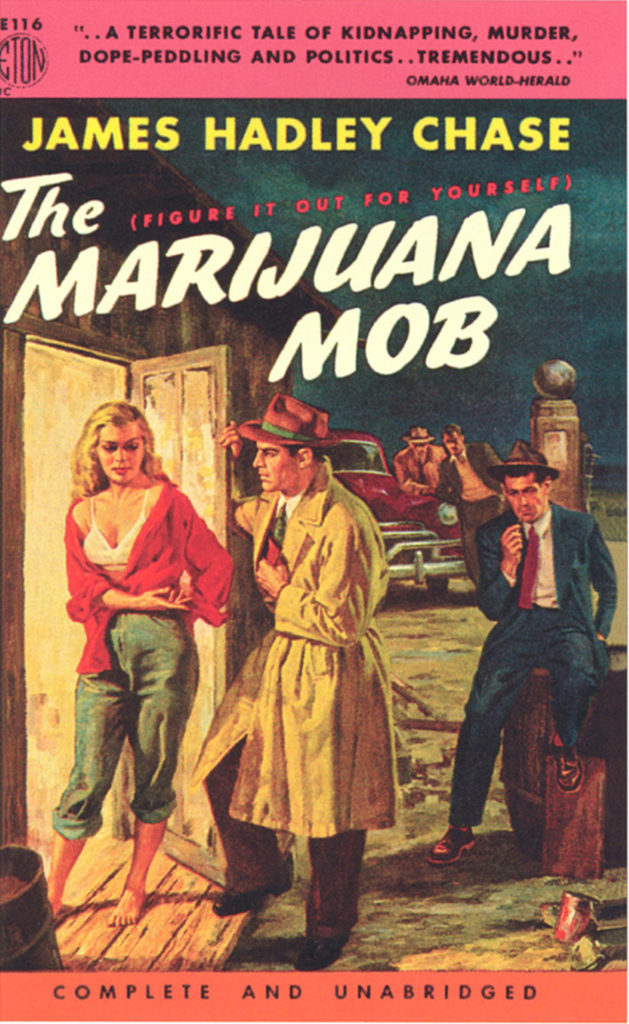 Pretty curious where the “politics” comes into play in this one 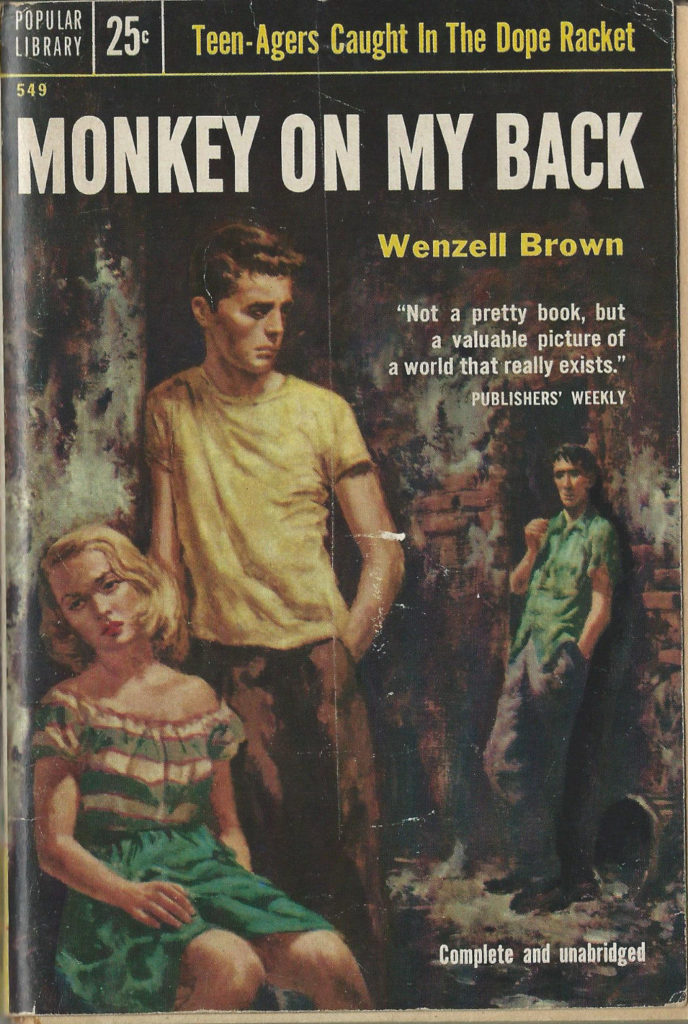 Let’s make this clear up front: this is “not a pretty book” 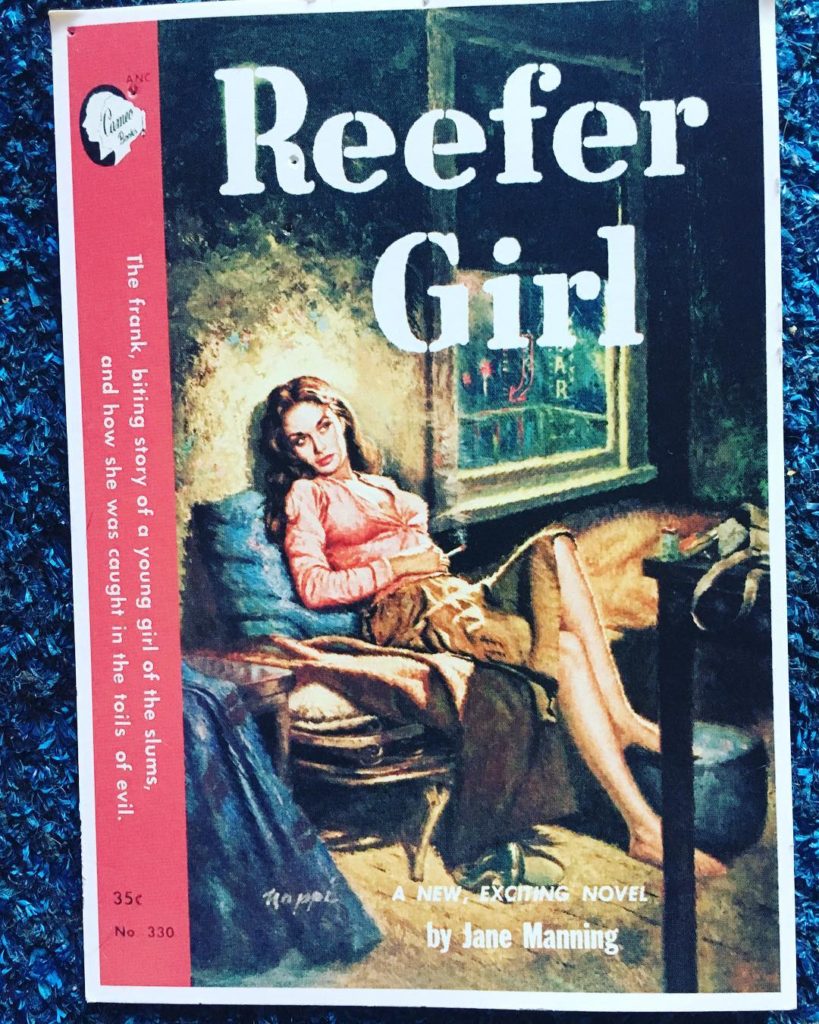 The old standby, Reefer Girl, caught up “in the toils of evil” 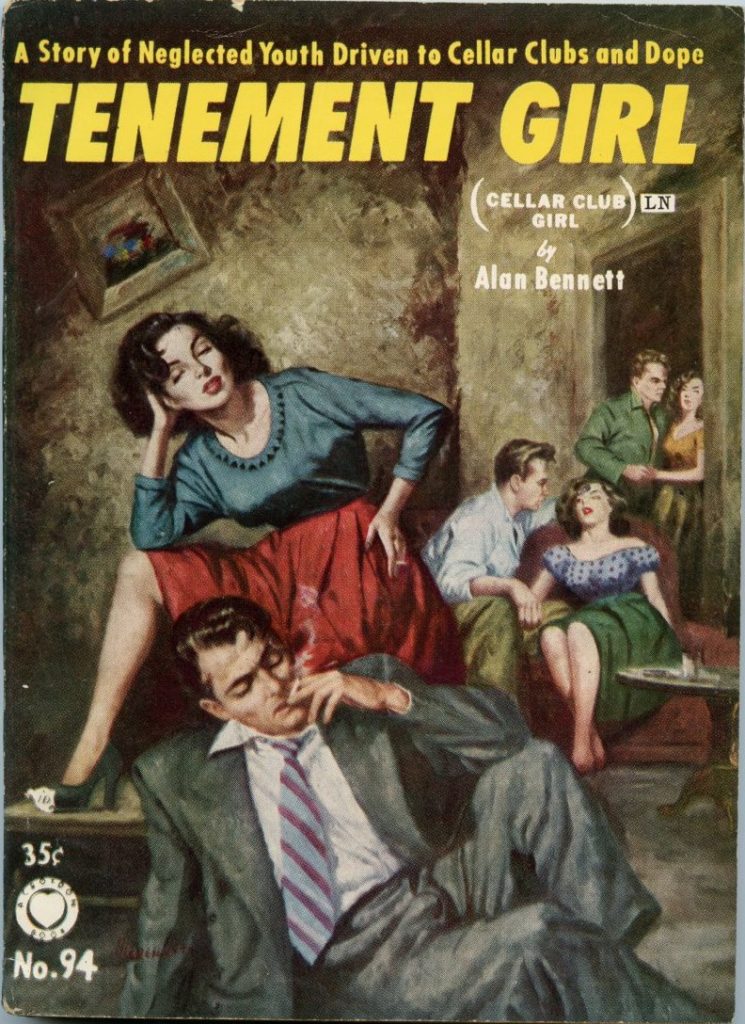 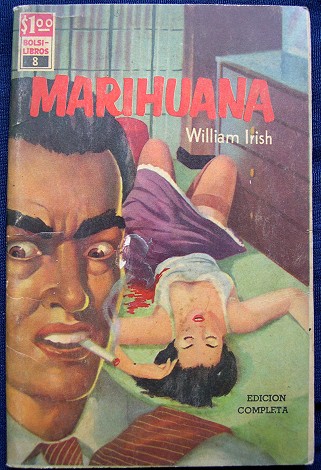 Another classic. We decided to go with the Spanish-language edition. 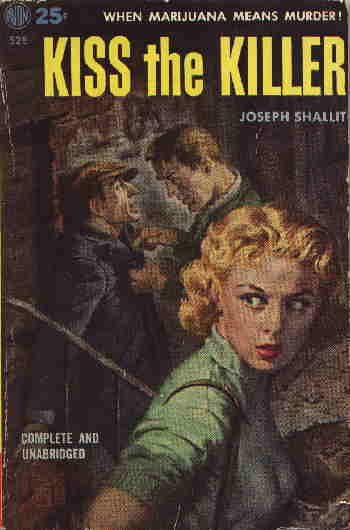 An abridged version is available for 12 and under readers 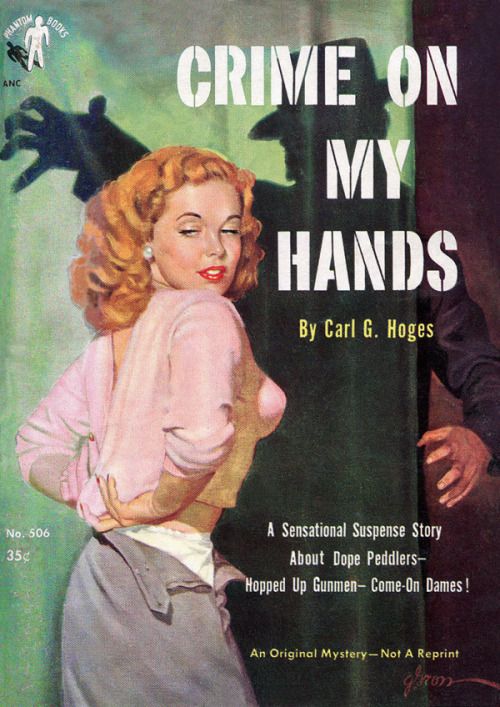 “Come-On Dames” — the most dangerous criminal of all 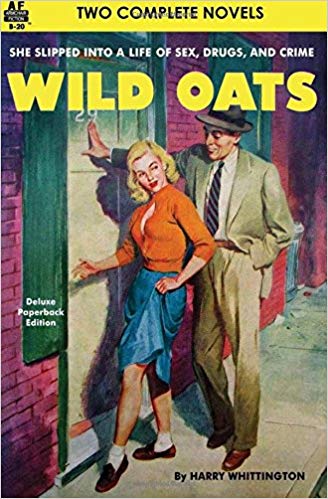 We can only wonder what makes this paperback edition “deluxe” 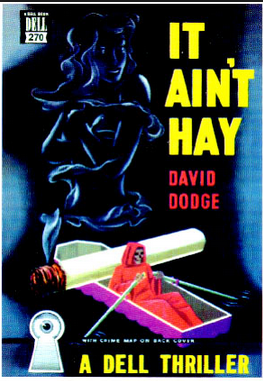 In a shocking twist ending—it actually is Hay 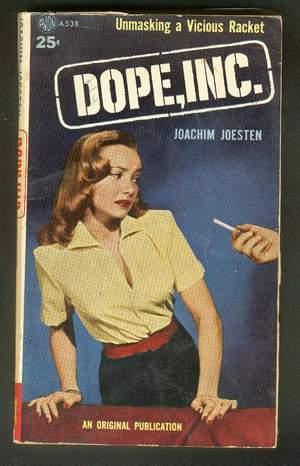 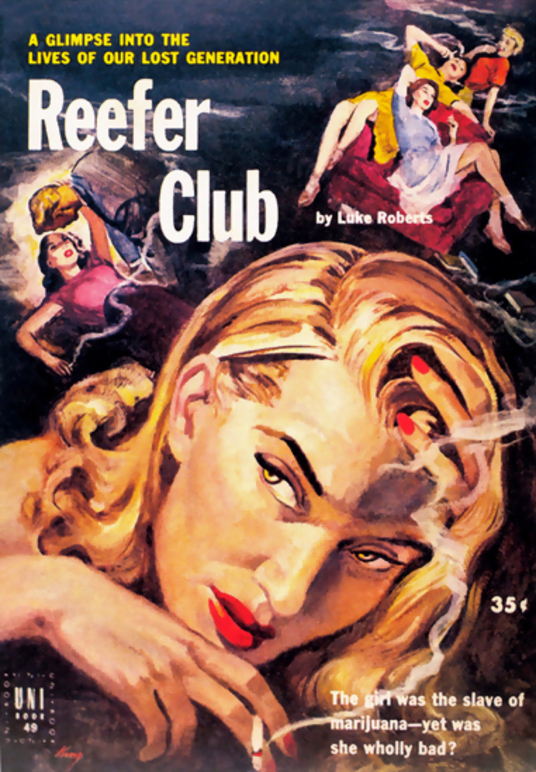 Was she “wholly bad” or just partially? 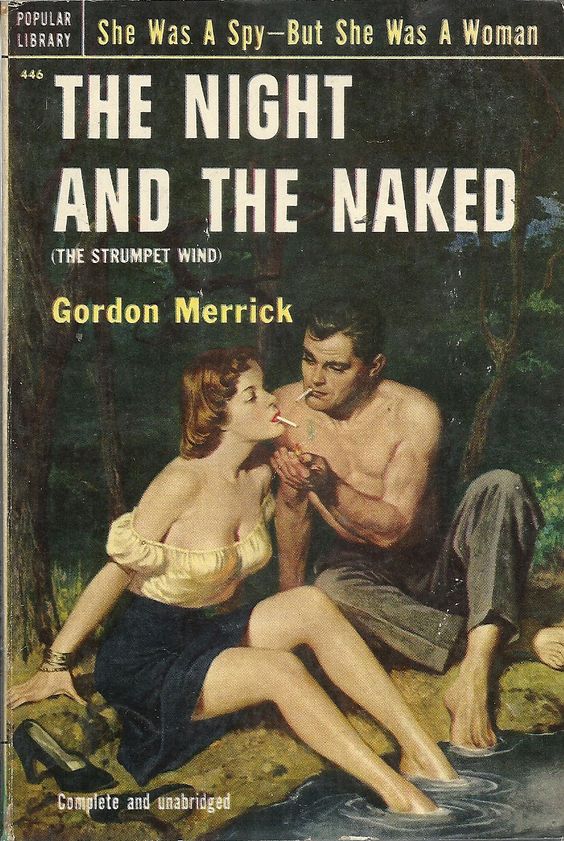 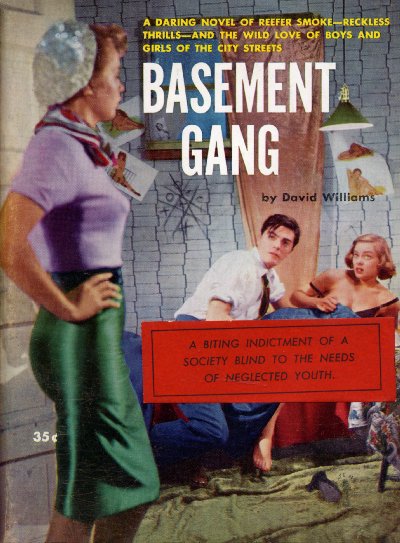 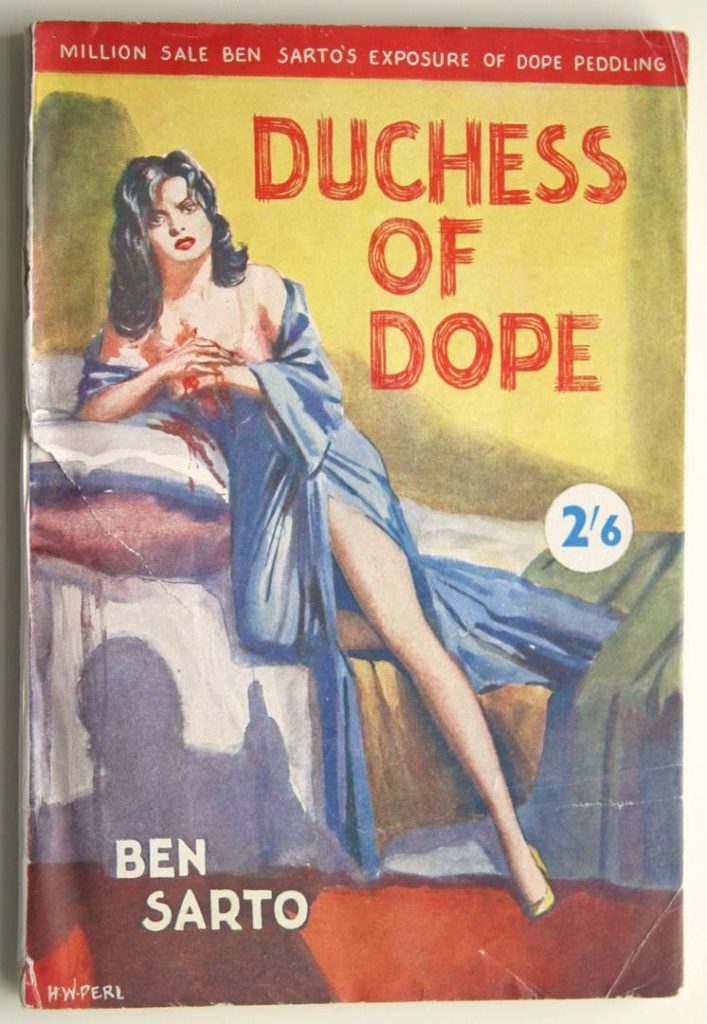 Is the title awarded or hereditary? People need to know. 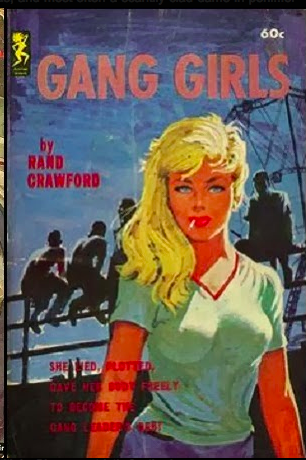 The new face of organized crime 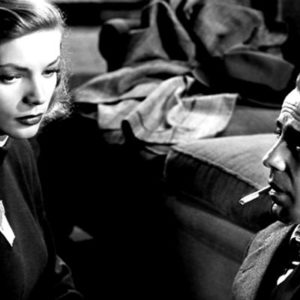 Passover has always been my favorite holiday—with its strong social justice overtones and drunken sentimentality, it warms...
© LitHub
Back to top