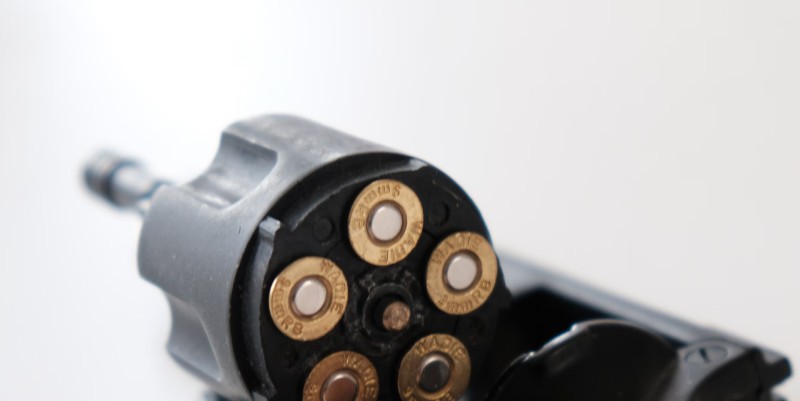 We all read crime novels, and all crime novels feature guns (more or less). When I got to work on my own crime novel—my first, after cutting my teeth on Napoleonic spy thrillers—I wanted to make sure I knew my stuff. It’s a contemporary heist thriller about counterfeiting, art forgery, neo-Nazis and a horseback-Amtrak train robbery. Guns are involved. My grandfather, a second World War vet, taught me to shoot when I was a kid, but that was nearly twenty years ago. There’s a lot about the gun world you don’t know unless you’ve spent some time immersed in it. So I spent some time immersed in it.

Knowing the gun world doesn’t just make writing about guns easier, it livens up reading about them—the way knowing LA makes a Michael Connelly thriller a little more vivid, or having captained a Soviet submarine can add an extra dimension to Tom Clancy. So here are ten gun things worth knowing:

(1) Silencers don’t silence. Few silencers even make guns quiet. What they do is make gun-hearing safe, since virtually all gunshots exceed, by a lot, the maximum sound level for instant, permanent hearing damage. OSHA says never to exceed 140 decibels—a jackhammer is about 130 and a hunting rifle is about 170. A 9mm pistol is about 160, and a .22 pistol is about 155. A silencer can quiet down a hunting rifle to about 135 decibels, a 9mm to 125 and a .22 to 115. An ambulance siren is also about 115 decibels.

(2) Most bulletproof vests aren’t bulletproof. Kevlar can stop smallish, slowish bullets, but only the fanciest vests with steel or ceramic plates inside can stop high velocity rifle rounds. Even those can’t stop the powerful rifles. Still, the vests are better than nothing: even if they don’t stop a bullet, they may slow it down enough to save some of your organs (either for you own future use or someone else’s). So, on balance, they’re probably a good investment if you think someone’s planning to shoot you.

(3) The AR in “AR-15” doesn’t stand for Assault Rifle, or Automatic Rifle, or even Army Rifle. It stands for Armalite Rifle. Armalite is the company that invented it. It was their 15th rifle.

(4) A bullet is the thing that comes out of the gun. The things you see loaded into the gun are called cartridges or, colloquially, rounds. They’re comprised of the bullet at the front of a small tube (normally brass,) which is filled with gunpowder. At the end of the tube opposite the bullet is a small metal envelope of explosive, called a primer. When the primer is struck, it sets off the gunpowder which converts from a solid into a gas and rapidly increases in volume. That expansion is what pushes the bullet out of the gun. What remains once the bullet is gone is called a spent case or, colloquially, “brass.”

(5) The diameter of a .38 caliber bullet is about 9mm, which is also the diameter of a 9mm bullet. Bullets conceived in the US and Britain generally measure in inches—.38 caliber is .38 inches—while European and Russian bullets use millimeters because they’re obsessed with the French Revolution

(6) AK-47s—quintessential Russian automatic rifles—are famously reliable. They’re reliable because they were manufactured to such low standards that nothing fits quite right, so getting dirt in them doesn’t affect much one way or the other. There’s a lesson in that.

(7) Machine guns have been illegal since 1986 unless you’re rich because pre-ban machine guns were grandfathered in. A decent one will cost you between fifty and a hundred thousand dollars. You can buy a tank, too, if you can afford it.

(8) Ammunition is very expensive. Practice ammo generally costs between thirty cents and a dollar per round, and “defensive” ammo—which is manufactured to higher standards, so you can, in theory, rely on it in a life-or-death situation—frequently costs several dollars a round. In an hour-long practice session, you might fire two or three hundred rounds, so it’s not a cheap hobby.

(9) Virtually all modern guns are based on the designs of Robert Moses Browning, who lived from 1855 to 1926. He was a self-taught engineer and, though literally every gun company in the world has tried, none has managed more than a small improvement to his designs for semi-automatic pistols and rifles, machine guns and shotguns. Most of those designs date to before the first World War, some to before the twentieth century. His .50 cal M2 machine gun, designed in 1918, is still used by the US Army—and pretty much every other army in the world.

(10) World War Two battleships could fire shells that weighed a ton and a half at targets that were 27 miles away. That would be like firing a Toyota Prius from Baltimore to Washington, D.C. 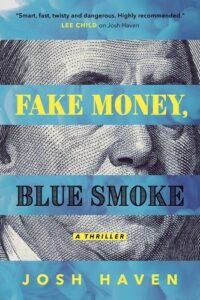 Before publishing his first novel, Josh Haven was an art critic for magazines & newspapers in the US & Europe and an astrogeophysicist who solved the Saturn-Hyperion density/porosity problem. His seafaring adventure novels are published under the name J.H. Gelernter, and Fake Money, Blue Smoke is his first crime novel. 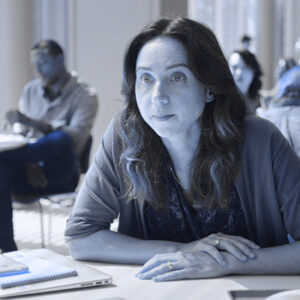 Much has been said about the recent film adaptation of She Said: its cultural importance and cinematic quality, but also...
© LitHub
Back to top