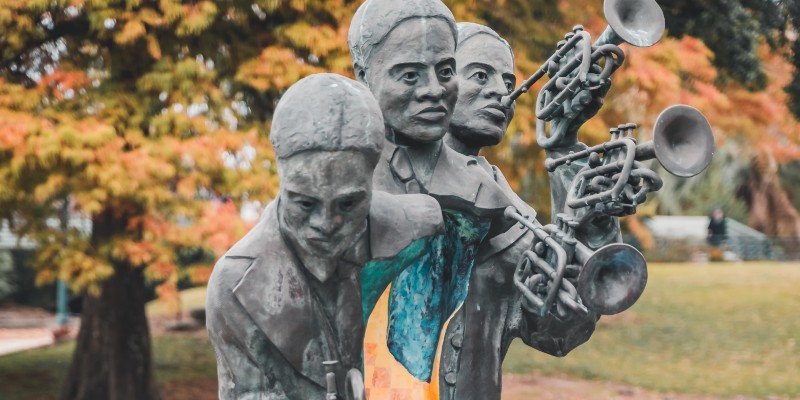 In this city, every day is Anything Can Happen Day

I moved to New Orleans twenty-six years ago because it was the first place where I felt like I belonged. I came here to visit for my thirty-third birthday and the city opened its arms to welcome me home. I fell in love with this strange, magical city nestled in the curves of the lower Mississippi River that weekend. Something—I’ve always believed it to be the heart of the city– kept whispering in my head, move here and all your dreams will come true. 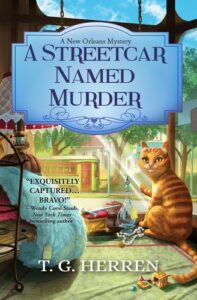 I used to say jokingly that New Orleans felt like home because “no one thinks I’m eccentric here.” I said it as a joke, but it was also true. New Orleans not only embraced its eccentrics but encouraged them. Where else but New Orleans would a Ruthie the Duck Girl not only become a local celebrity but kind of a tourist attraction?

Learning how to navigate the eccentricities and peculiarities of New Orleans can become a full-time occupation, not to mention learning the language unique to the locals. Here, a median is a neutral ground; we don’t use compass directions but rather “uptown, downtown, lakeside, riverside” instead. The West Bank is south. You must go east or west to get to the North Shore. You cannot make left turns at intersections with a stoplight. We have cockroaches that fly and termites that swarm.

And our potholes are the stuff of legend.

New Orleans is a gift to a writer. You can literally write the most fantastical things and they’re believable—because it’s New Orleans, and nothing is too extreme to be believable here. This port city with its colorful, bawdy, and violent history has inspired a lot of talented crime writers to do incredible work. This list isn’t definitive, but merely a starting place for those who love New Orleans. 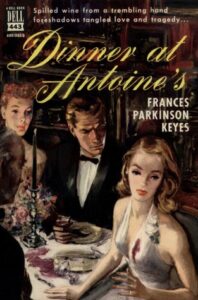 Dinner at Antoine’s was one of the biggest selling novels of the twentieth century. Keyes was an enormously successful writer, and an international bestseller who wrote historical fiction about Louisiana and New Orleans, capturing the flavor and mystique of both. Antoine’s, of course, is one of the city’s legendary French Quarter restaurants, and is the setting for a dinner party thrown by Orson Foxworth to celebrate his return to the city and introduce his niece to society. Thirty hours later the niece is found dead, an apparent suicide. Or was she murdered? The book was a bestseller for years, eventually selling over forty million copies worldwide. 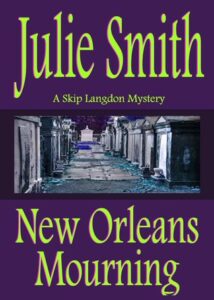 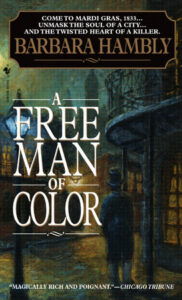 A Free Man of Color

This book introduced Benjamin January, the ‘free man of color’ of the title, to the world. Set in the decades before the Civil War, the series explores the many strange layers of the caste system of antebellum Louisiana, including colorism, bigotry, sex trafficking, and white supremacy. Born enslaved, Benjamin was freed when his mother became the mistress of a wealthy planter and started a new family. Educated in France as a doctor, Benjamin is prohibited by his race from practicing in New Orleans and makes a living as a musician—to the mortification of his mother and half-sisters. He also has a gift for crime-solving, and over the course of nineteen volumes grows, changes, and evolves within a system that is stacked against him at every turn. 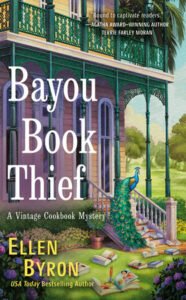 Ricki James leaves Los Angeles after her husband is killed performing a stunt designed to get him clicks on the Internet and comes home to New Orleans to try to rebuild her life. She gets hired at the Bon Vee Culinary House Museum, turning her hobby of collecting vintage cookbooks into her job. But then she finds an unpleasant co-worker in a box that is supposed to contain vintage cookbooks, and it’s up to Ricki to find the truth and clear her own name. Byron’s love for New Orleans shines through every page, and Ricki herself is likable and charming. A second volume is forthcoming, and here’s hoping the series has a good long run. 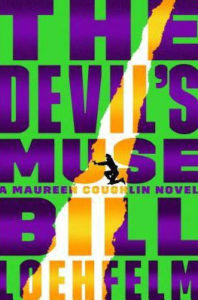 Choosing one book to recommend in Bill Loefhelm’s Maureen Coughlin series is difficult—all five books are superb—but decided to go with the Mardi Gras volume. A cocktail waitress on Staten Island in her debut, Maureen has since relocated to New Orleans and become a cop. Working the parade route as a rookie, Maureen is dealing with a half-naked man who throws himself on the hood of a car in the parade when she hears gunshots—and a twisty, fascinating story begins to unfold. Maureen is an engaging heroine—flawed sure, but likable—and Loefhelm’s wild and crazy Carnival season is one of the best in fiction. 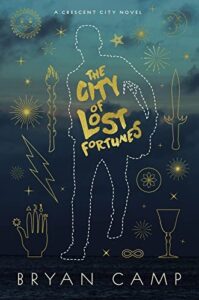 The City of Lost Fortunes

Bryan Camp’s impressive debut is a genre-bending thrill ride through a mystical New Orleans featuring one of the most interesting characters in New Orleans literature: Jude Dubuisson, a street magician with the magical ability to find lost things—a skill he inherited from his not-just-human father. When the Fortune god is murdered, Jude is drawn into a strange, mythic world of gods and demi-gods, demons and monsters and magic. Jude has to solve the murder of the Fortune god in order to save the soul of the city, and this depiction of post-Katrina New Orleans trying to rebuild and heal while supernatural forces fight over the city’s soul. An incredibly impressive debut novel and a completely different look at New Orleans. 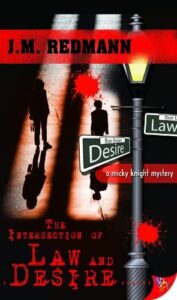 Intersection of Law and Desire

Hard-drinking, hard-living lesbian private eye Micky Knight’s third case is one of the strongest crime novels ever written about New Orleans. When a friend’s daughter begins to show signs of molestation and exploitation, Micky is determined to bring the scumbag responsible to justice—but her investigation is just the first piece of a horrific puzzle involving powerful people and exploited children. While fighting for justice for the kids, Micky also is forced to reexamine her own childhood—and the pain she herself has never truly faced from her own victimization.

ALSO WORTH CHECKING OUT

A Density of Souls by Christopher Rice

Liquor by Poppy Z. Brite (all three books in the series are terrific)

A Diamond Before You Die by Chris Wiltz

The Long-legged Fly by James Sallis

Susan Larson’s Booklover’s Guide to New Orleans is also a must for anyone with an interest in New Orleans literature.

T. G. Herren is a long time resident of New Orleans, where every day is Anything Can Happen Day. Herren has also worked as a sports/fitness journalist, an editor, and spent far too many years working in the airline industry.

The Best Historical Fiction of The Year: 2022 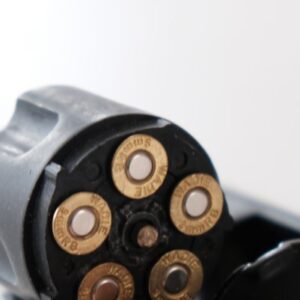 We all read crime novels, and all crime novels feature guns (more or less). When I got to work on my own crime novel—my...
© LitHub
Back to top