Everybody loves reading about the exploits of larger-than-life action heroes (Jack Reacher, Scot Harvath) or police detectives who always have the answers (D.D. Warren, Harry Bosch). But sometimes, it’s nice to read a thriller featuring an everyday character no different than you or I. Someone with a normal job living a normal life who gets caught up in a tangled mess that rips them from the quaint, ordinary life they’re used to.

Normal, everyday characters are relatable. It’s easy to put ourselves in their shoes and imagine that, like them, all it would take is one bad twist of fate and we could spend our weekend on a feverish quest to rescue a loved one instead of mowing the lawn or catching the big game on television.

Here are 10 thrillers that feature normal, everyday characters who find themselves completely out of their element when they get caught up in bad situations full of murder, money, mayhem, and more. 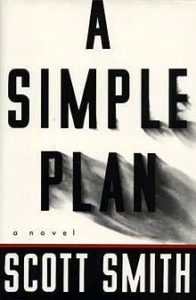 A Simple Plan by Scott Smith

A small-town accountant and two others find $4 million in cash in a crashed plane. Should they turn the money in to authorities or stay quiet and keep the money for themselves? They decide to keep it, but nothing goes according to their plan.

This book is one of my all-time favorites (the movie’s great, too!), and part of the reason I love it is that you find yourself constantly wondering what you would do differently (or the same) if you found yourself in the situation the characters face in the book. 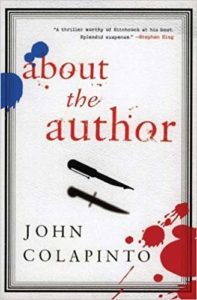 About the Author by John Colapinto

This book’s main character is a struggling writer—who can’t relate to that?—who takes an unconventional route to becoming a bestselling author. Let’s just leave it at that; the less you know about the book going into it, the better.

About the Author has great characters and plenty of twists, but the highlight is Colapinto’s writing voice. This is a laugh out loud funny thriller that’s filled with both surprises and humor in equal measure. 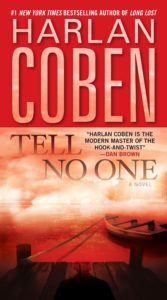 Tell No One by Harlan Coben

Harlan Coben is the master of the domestic thriller, and this is possibly his best book. In Tell No One, a doctor starts receiving messages that may or may not be coming from his ex-wife, who disappeared eight years ago. As he plunges headfirst into a search for the source of these messages, he starts uncovering secrets and lies that lead him to believe his wife might actually be alive. 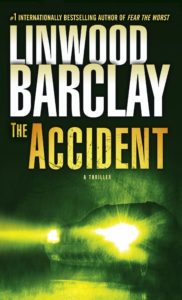 The Accident by Linwood Barclay

He might not be as well-known as Harlan Coben, but Linwood Barclay is every bit as good. The Accident, maybe his finest book, is about a struggling contractor who loses his wife in a car accident.  As he learns more about her death, he discovers that their quaint Connecticut suburb holds a world of secrets—including the secret of whether or not her death truly was an accident.

Imagine: you’re having a pleasant, quiet evening at home with your wife when you’re suddenly visited by an ex-wife you divorced a decade ago. She shows you an Amber Alert for a missing ten-year-old girl. Then she tells you, oh by the way, you’re the father of the missing girl.

It’s an awesome premise that turns into a roller coaster of a novel that takes place over the course of a few crazy days. 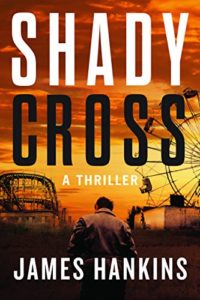 It starts with an everyday guy named Stokes getting in a car crash. There’s a bunch of cash in the car he crashed into. He takes it. There’s also a ringing phone. He answers it.

From there, things get wild. Like really, really wild. Turns out the man he crashed into (and killed) was on his way to deliver a cash ransom to save his daughter, who’s been kidnapped. Now Stokes has a choice: deliver the ransom and save the girl, or keep the money for himself. 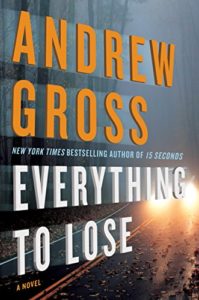 Everything to Lose by Andrew Gross

When she witnesses a car accident on an empty road, Hilary Blum finds a dead driver and half a million dollars in the front seat.  Stealing the cash would be morally wrong, but she’s an unemployed single mother with a handicapped son—the money could be her only chance to provide him the care he needs. The premise is similar to Shady Cross, and it’s interesting to see how two separate authors take their stories in different directions. 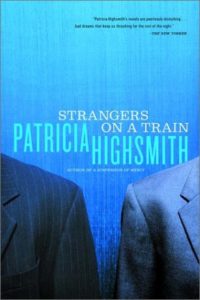 Strangers on a Train by Patricia Highsmith

Here’s an all-time classic. Two men who meet on a train make a pact: Man #1 will murder Man #2’s wife, and Man #2 will murder Man #1’s father. They’ll each get away with the murders, and their problems will be taken care of. Guess what? Their plan doesn’t exactly work out like they hoped. 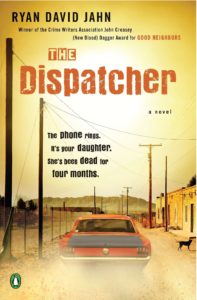 The Dispatcher by Ryan David Jahn

The main character in The Dispatcher is a police dispatcher, not a supercop. But he turns into a man resembling a supercop when he receives a phone call from his daughter (who supposedly died four months ago) and goes on a madcap cross-country journey to save her. 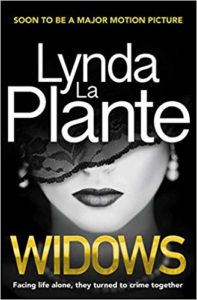 When a group of bank robbers die during a heist, their widows uncover their well-researched plans and decide to pull off the heist themselves. It’s a killer premise, and the book itself is executed flawlessly, with twists, turns, double-crosses and more.

Tom Hunt is an award-winning advertising copywriter. He has worked for some of the nation’s largest and best-known agencies, including J. Walter Thompson and Saatchi & Saatchi. His latest novel is One Fatal Mistake.

The Emotional Thrillers of Asghar Farhadi 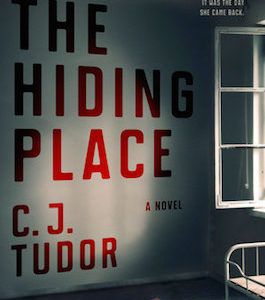 “So, your letter of recommendation from your previous head is glowing.” It should be. I wrote it myself. “Thank...
© LitHub
Back to top