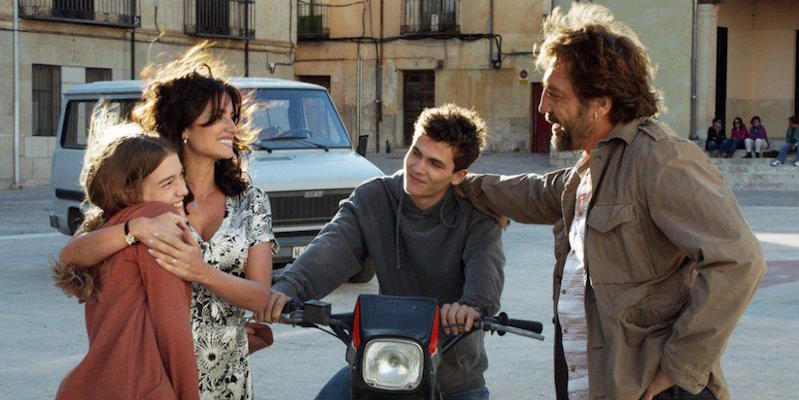 The Emotional Thrillers of Asghar Farhadi

Your Guide to the Taut, Intimate Thrillers of Iran's Oscar-Winning Director

Today is the US premiere of filmmaker Asghar Farhadi’s latest movie, Everybody Knows, starring Penelope Cruz, Javier Bardem, and Ricardo Darin. The revered Iranian filmmaker—whose 2012 and 2017 Academy Awards for best foreign-language film (A Separation and The Salesman respectively) have placed him in the company of foreign auteurs like Fellini, De Sica, and Bergman—is back with another emotional thriller. But unlike most of his Iranian-set, Farsi-language movies, the Spanish countryside is the landscape of his latest. Laura (Cruz) returns to her hometown with her two children for a family wedding. Her teenage daughter, Irene, meets a Spanish boy who tells her a secret: her mother was once in love with another man, Paco (Bardem); but todos lo saben—“everybody knows,” he assures her. And then, in the middle of the wedding festivities, Irene is kidnapped.

Farhadi has distinguished himself in the rich history of Iranian cinema as a psychological realist, an artist who dissects the banal family matters and domestic concerns of the young, urban, middle-class—a population carrying the weight of tradition, but flirting with Western ideas. Ethical quagmires and cultural issues, abetted by a single incident—an accident, an aroused suspicion, a disappearance—are at the heart of Farhadi’s work, and he deals in secrets and taboos, mining the interpersonal tension and psychological terror we inflict on each other in order to protect ourselves and those we love. The result is a nearly documentarian social realism that is neither didactic nor lacking in melodrama. There are no bells and whistles—the music is spare, the dialogue exact, the scenes unembellished—but you’re on the edge of your seat.

These taut and suspenseful emotional thrillers have received ubiquitous acclaim, even in his home country where, despite his critical eye, his films have largely slipped by the ever-watchful censors, and are often chosen by the government as the country’s official entry in the Best Foreign Language Film category. Farhadi compares the restrictions to British weather: “one day it’s sunny, the next day it’s raining. You just have to hope you walk out into the sunshine.” Nonetheless, critiques of Iran’s social realities must be subtle; his films can be viewed from the perspective of each of its complex characters, and as we extend our empathy to the multifaceted cast, allegiances dissolve, psychological layers deepen, and we are left in a place devoid of easy answers—a place where no one is right, all are vaguely understood, and censoring officials side with an interpretation that doesn’t hold the state accountable.

Far more interested in the whydunit than the whodunit, Farhadi uses the mystery as a vehicle through which characters are probed, social issues challenged, and buried secrets surface. While Everybody Knows may be Farhadi’s most conventional thriller to date, his movies are always born of secrets and cleavages—the castles we build of suspicion and doubt. To get in the mood, dig into the backlist with one of Farhadi’s emotional thrillers, though the less that is revealed about the plot, the better, as it’s what we don’t know that is central to the tension.

Farhadi’s first masterpiece to reach international audiences: in the hope of a better life, Simin wants to leave Iran with her husband, Nader, and their daughter; when he refuses on account of his father, who is suffering from Alzheimer’s, she sues for divorce. With no one to care for his father while he’s at work, Nader hires a married and pregnant woman, who—it soon becomes clear—is lying to him. In an angry outburst, he pushes her and she falls down the staircase, miscarrying her baby. Was it an accident? It plays out in the courtroom—an unflinching ethical battle of two families ensnared in conflict.

Following the success of A Separation, Fireworks Wednesday and About Elly were released to eager American audiences. It’s the Persian New Year and firecrackers are exploding across the streets of Tehran. A young housekeeper, on the eve of her own wedding, is sent to the local salon by her employer, Mozhdeh. While there, the betrothed is tasked with spying on the beautician, who is suspected of having an affair with Mozhdeh’s husband. She finds herself embedded in the drama and the ugly deceit, the air of suspicion more potent than the evidence. With the reveal of each surprising detail, you are forced to rewrite your assumptions about the characters, the issues that span social classes, and betrayal.

Elly, a teacher, tags along on a weekend trip with Sepideh, a student’s mother, to visit old college friends at a beach house on the Caspian Sea. Sepideh hopes to set the young Elly up with Ahmad, a recently divorced man visiting from Germany, but amidst the activities of the reunion, Elly disappears. The lies that initially seemed petty begin to take on a more sinister meaning as the group searches for the missing guest, a hunt that delves into their own strife and hostilities, and exposes the trauma of Elly’s life—a working single woman in modern Iran.

Farhadi’s first movie to take place outside of Iran, The Past plays like a follow-up to A Separation; while the characters are new, the unions are equally fraught. Ahmad travels from Iran to Paris to finalize his divorce with Marie, whom he left years ago. The drama unfolds slowly, the tension building as the plot points are revealed, and deeper and deeper we burrow into the characters’ complex and tangled histories. There are secrets, lies, and revelations, and they are doled out at a thriller’s pace, each revealing a past that further complicates these messy relationships.

Emad and Rana, a married couple, are forced to temporarily move to a new apartment in a deteriorating complex. In Emad’s absence, an unseen intruder assaults Rana in the shower, leaving her traumatized and speechless. We don’t know exactly what happened to her—we don’t even know if she knows—but she won’t talk about it, leaving us to assume, like her vengeful husband, the gruesome details. Revenge eats away at Emad, and the chilling ending leaves you wondering not about the unknown depths of those closest to you, but about how much of yourself—and your country—you still don’t know.

The Underappreciated Genius of 'Justified' 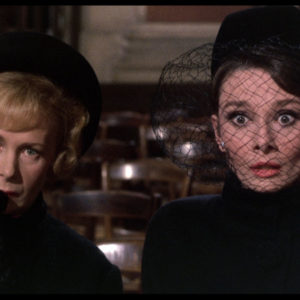 Everybody loves reading about the exploits of larger-than-life action heroes (Jack Reacher, Scot Harvath) or police detectives...
© LitHub
Back to top