10 Thrillers Featuring a Dance of Girlfriends and Deception

The closer the friend, the greater the fallout...

There are few things better in life than friendship. Even the most reclusive among us tend to have at least one confidante, witness, food buddy, someone willing to be our alibi if things take a weird turn. Of course, the closer a duo grows, the greater the potential fallout in the event of a conflict, and the exploration of that tends to make for some pretty compelling fiction. In my book, The Other Mrs Miller, the main protagonist, Phoebe, emerges from her solitary funk when she befriends the new family next door—in particular, the wife and her handsome, flirtatious college-bound son. The dynamic is ripe for duplicity, and that’s without factoring in other outside complications, and it all culminates in some pretty shocking stuff. All we can do is sit back and watch the inevitable landslide. The books I chose for this list all induce a similar feeling. In some, we watch the fall as it happens. In others, we start out in mid or post-disaster and work our way back to how it all happened. In all of them, you will find one hell of a great read. 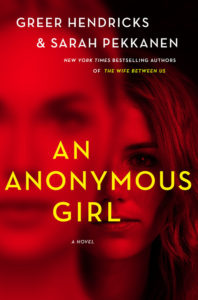 The friendship that forms in this startling thriller is unlikely from the start. When our protagonist Jessica Farris first decides to take part in a psychological study to make a little extra cash, she is only in contact with the mysterious Dr. Shields via computer screen. As she answers various personal questions about morality, it isn’t long before the veil is removed, and the two women are in close contact. Jessica quickly becomes the sole guinea pig in a psychological scheme whose roots are gradually exposed over time, but only after the stakes have become terribly high for Jessica. Some might say it’s inaccurate to call the relationship between Jessica and Dr. Shields a friendship, but I would disagree. The elements are all there: the desire to confide, an emotional vulnerability and dependency, and feelings of trust that are first gained and then broken. It’s impossible to put down. 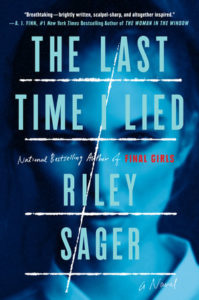 The Last Time I Lied by Riley Sager

This one gets into more of a group girlfriend dynamic and the desperation of wanting to fit in as we meet Emma, the youngest of a group of teenage girls staying in a cabin at Camp Nightingale. However, of the group, Emma is the only one of her party who didn’t go missing one fateful night. Years later, Emma returns to the camp to find out what happened, and in classic Riley Sager form, you’re left gasping at the truth. 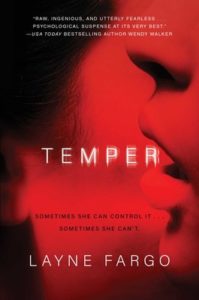 For any lover of complicated characters caught in a dangerous dance of deceit, quickly move this one to the top of your TBR pile. The stage is set, quite literally, as the book centers around several key players in a Chicago theater company: Joanna, the owner; Malcolm, an ambitious director with whom she also lives; Spence, the fight/stunt choreographer; and Kira, a young actress who is hungry for the role of a lifetime, and whom Malcolm brings in as the lead in his big production, Temper. Oh yeah, Kira also lives with Spence. And Joanna? She’s not too thrilled when Kira is chosen for this part. With such a breeding ground for dramatic tension, you might see where this is heading, but don’t get too far ahead of yourself. The beauty of Temper is how is toys with expectations as one character thinks they have the jump on another, only to find they were wrong. It’s messy, dark, sexy, thrilling stuff. 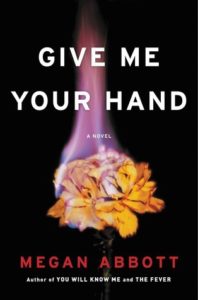 Give Me Your Hand by Megan Abbott

The challenge with including Abbott on this list was only picking one of her books. Give Me Your Hand centers on Kit and Diane, whose teenage friendship was interrupted when Diane told Kit a chilling secret about her past. Skip several years forward, and now both women are working together in the same lab with that big ugly secret squatting between them, threatening their respective futures and ambitions. Awkward much? Abbott is the queen of crafting these complex female relationships with an institutional backdrop, with a narrative pace and voice that keeps the pages turning long after you tell yourself “one more chapter and then I’ll go to bed.” 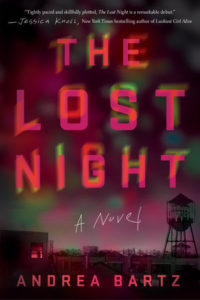 The Lost Night by Andrea Bartz

Sometimes when a friendship ends badly, the one you’ve deceived the most ends up being yourself. Enter Lindsay, who’s living a decent enough life a decade after her best friend, Edie, was found dead alongside a suicide note. The story eventually forces Lindsay to start confronting her own hazy memories of that drunken night, and she stumbles upon evidence that not only was Edie possibly murdered, but that Lindsay might have had something to do with it. There are some good The Girl on the Train vibes with this one, but I think the 2009 Brooklyn setting makes this one more compelling.

Hillier is an expert at brilliantly woven crime fiction, and Jar of Hearts is no exception. Similar to The Lost Night listed above, it involves the death of a teenage girl’s best friend, and the deception that swirls around what happened and whodunit. Of particular interest here is how the main protagonist, Georgina Shaw, had a deep and turbulent relationship with the suspected killer right up until the victim, Angela Wong, was murdered, and how that suspect appears to be a serial killer. How Georgina deals with what really happened that night, and how it defines her years later, is at the heart of this harrowing tale.

I couldn’t possibly let a list like this go by without mentioning a book by my personal literary heroine. Sharp Objects fits the bill, though admittedly not in the “girlfriend” sense, but more in the mother/daughter, sister/sister sense. When emotionally troubled journalist Camille Preaker returns to her Missouri hometown to cover the investigation of a suspected serial killer, it opens up a whole series of old wounds in Camille’s past, particularly her highly dysfunctional relationship with her socialite mother, and the teenaged half-sister she barely knows. What makes this story a particular fit for this list is how it portrays the lasting damage done when the people we’re supposed to trust most hurt and betray us. 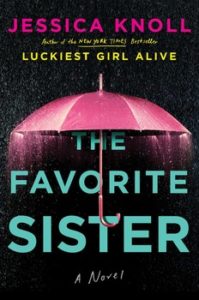 I might also have selected Knoll’s breakout debut hit, Luckiest Girl Alive, for this list, but her second book is so rife with girlfriend intersectionality and all of the pitfalls that go along with it, I had no choice but to include it here. The book centers around the mysterious death of Brett Courtney, a young female entrepreneur and star of reality show Goal Diggers. The show profiles the lives of several other young female business owners, all of whom seem to have unlimited axes to grind with one another—and very little loyalty—making them all instant suspects. While I really appreciated Knoll’s take on society’s pressure on professional women to perform to the max can bring out the worst in them, it’s her brilliant voice and wit that I enjoy most. I could keep a thick scrapbook filled with my favorite snarky lines from both of Jessica Knoll’s works. 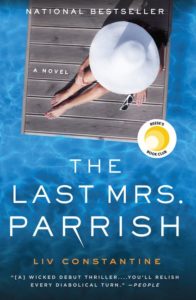 My book has been compared several times to this one by industry folk and reviewers alike, and what a high compliment that is. Constantine’s twisty tale of wicked girlfriend deception is one after my own heart. When Amber decides she wants Daphne’s rich, fairytale life and marriage, she stops at nothing to get it; inserting herself into the picture as a friend while slowly working to seduce the husband and inherit Daphne’s existence. But of course, it’s never quite so easy. “Be careful what you wish for” never felt so true. 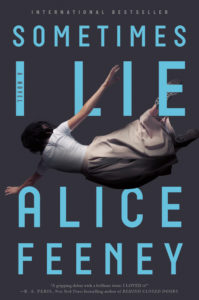 Sometimes I Lie by Alice Feeney

It feels almost like a spoiler to include Alice Feeny’s brilliant debut novel on this list, because it comes packed with a twist I never could have seen coming, and of course, I’m not going to reveal it here. But trust that this story about a radio host with a troubled marriage who suffers an accident and winds up in a coma, and then is forced to question everything she thinks she knows about her husband, her sister, and the nature of the accident itself, definitely belongs on this list. You’ll just have to read it to find out exactly why, but given Feeny’s gift for crafting a wicked page turner, I don’t think you’ll regret it.

Allison Dickson is the author of the new thriller, The Other Mrs. Miller. Dickson lives in Dayton, Ohio, and when not writing, she is typically gaming, blogging, or exploring.

Patricia Moyes: A Crime Reader's Guide to the Classics 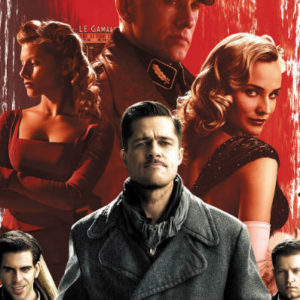