A Crime and Mystery Lover's Guide to What's New to Streaming 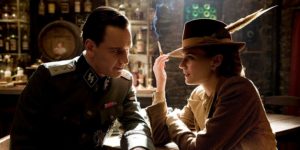 This month we’re celebrating the works of directors with big new movies on the horizon, beginning with Quentin Jerome Tarantino, whose ninth (and rumored final?) film, Once Upon a Time in Hollywood, hits theaters on July 25th. Inglorious Basterds is already a decade dated, but Nazi vengeance is pretty timeless; Brad Pitt plays the ingloriest of them all, the leader of “The Basterds,” a contingent that carries out targeted attacks on Nazis for retribution. The Jews are not shtetl-bound and helpless here; they’re active participants in the violence and aggression. It’s a revenge story, and if avenging the Nazis seems like low hanging fruit, something we can all get behind, well, it’s 2019 now and these past ten years have been… unexpected. 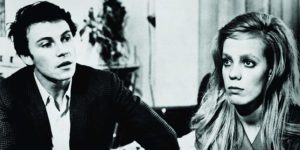 Who’s That Knocking at My Door (Netflix)

Scorsese seems to have brokered a deal with Netflix, as Rolling Thunder Revue: A Bob Dylan Story hit the service earlier this month, and his highly anticipated crime biopic (and biggest budget movie of Scorsese’s career), The Irishman, comes out later this year. Much of his oeuvre is coming to Netflix in the meantime, and while you may have spent many a Friday night with Taxi Driver and Mean Streets, why not check out his 1967 debut, Who’s That Knocking at My Door, starring a young Harvey Keitel. Scorsese was 25 and just coming up, tackling a story close to his heart: love between a street tough, hard-driving, Catholic Italian-American man and an intriguing, more worldly woman. It’s loud and passionate and generally adolescent, but it’s a Scorsese relic and it’s now on Netflix. 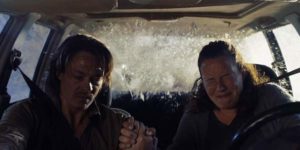 On an intellectual level, I admire a good eco-thriller, but in practice, I stay away (cable networks once seemed to—maybe still do?—play The Day After Tomorrow on a loop all night long). But if you, for whatever reason, find climate disaster flicks formulaic, tired, and no longer scary, The Wave will wake you up, bringing a dose of Nordic Noir to a nightmarish premise. Shot on location in the Sunnmøre region, Geiranger is nestled among Norway’s great mountains and fjords, and is one of the most beautiful places on Earth, attracting tourists from the world over. On the very day a geologist is ready to cash in all his good work and move to the city for a lucrative gig at an oil company, he notices something about the substrata is off. With tourists swarming the town and an enormous tsunami minutes away, everyone must find higher ground. 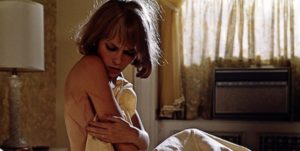 Roman Polanski, Mia Farrow, the fated Bramford… eco-thrillers aside, Rosemary’s Baby is easily the scariest movie of all time. When your husband is a failed actor who may or may not have conspired with the neighbors, and the neighbors may or may not be members of a satanic cult, who’s to say whether the baby you’re carrying is human or monster? The questions that plague Rosemary are questions of sanity, of what can happen when isolation begins to take a toll on the mind and rationality unravels until we find out the glaring truth about the baby, and the disturbing reality about Rosemary’s husband, who is green with ambition. Spoilers do little to make this one less horrifying. (But lest you forget: actors are never to be trusted.) 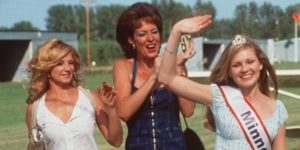 We are just shy of the 20th anniversary of this cult black comedy, and watching it feels like time traveling into the oversized late-90s teenage psyche, which, it turns out, is not so different than today’s. Partially buried by history, Drop Dead Gorgeous has been waiting to be rediscovered by a streaming service, and finally, Hulu has stepped up to bring its millions of eager subscribers this trashy romp about a midwestern beauty pageant-gone-wrong. The New Yorker’s Jia Tolentino even wrote about why it’s “possibly her favorite movie of all time.” It’s high school camp at its best: ingenious, unsubtle, contradictory, performative, and, yes, fatal, for “Drop Dead” isn’t just an idiom. 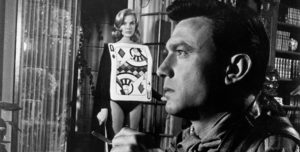 This is the original Manchurian Candidate, starring Frank Sinatra, Angela Lansbury, and Laurence Harvey, the one that has long been known for its eerily prescient politics and unsettlingly relevant afterlife. An American soldier is held as a prisoner of war in Korea, and returns home as a sleeper agent working on behalf of the communists to take over the US government. Rumor has it, Sinatra recalled the film after JFK was assassination, and it lay dormant for the better part of 20 years before being reissued by the film studio, who claimed public interest in the film had dried up during those years… It was then remade by Jonathan Demme in 2004—the communists are traded for multinational corporations—but the original premise, the idea of a sleeper agent helping a foreign power infiltrate a sovereign nation, is having a resurgence for obvious reasons. It may have been made 55 years ago, ebbing and flowing with the times, but this one isn’t dusty or outdated in the slightest. 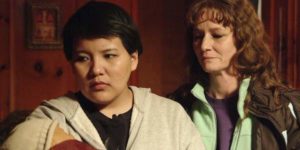 Upstate New York isn’t all cottage land and Jewish Alps. This blue collar thriller takes on the more depressed side of the state; Ray Eddy is a mother down on her luck after her husband runs off with the money for their new trailer home. But when she meets Lila, a Mohawk woman who lives on a reservation straddling US and Canadian territory, the two begin smuggling immigrants across the border in Ray’s trunk. Empathetic, but not in the least sentimental, it’s equal parts tense, bleak, and humane. 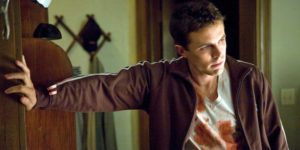 Based on Denis Lehane’s novel, this gritty Boston noir is a Ben Affleck masterpiece, a PI story with a character-driven indie-movie feel, starring bro Casey, Michelle Monaghan, Ed Harris, and Morgan Freeman. Casey plays a private investigator with more than his fair share of criminal relation (and by extension, business). When he’s hired to look into the kidnapping of a girl, he finds himself embroiled in a web of corruption that goes deep within the Boston police department. With a driving sense of place, a handmade feel, a superb cast, and a riveting mystery with a twist you won’t foretell, Gone Baby Gone is a standout from the first decade of the century.

10 Thrillers Featuring a Dance of Girlfriends and Deception 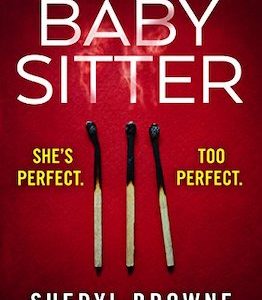 “Mark!” Hoisting their six-week-old baby girl higher in the crook of her arm whilst simultaneously hanging onto their...
© LitHub
Back to top