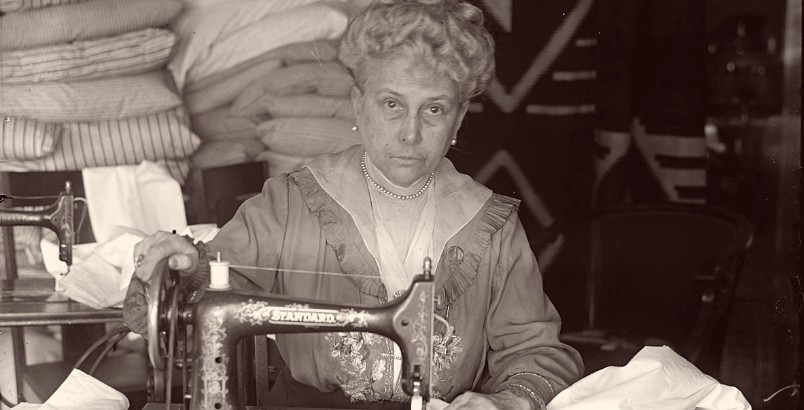 In the buildup to war, a complicated conversation about guns, rape, and the wearing of pants.

The United States was late to join World War I. The fighting began in 1914, but we didn’t officially get involved until 1917. That gave us three years to argue over what our role should be. And it wasn’t just men who were debating the question of military service. Women wanted to serve, too.

The debate over women’s wartime service turned almost immediately to the question of firearms, and—weirdly, these issues are linked—wearing pants. Oh, and sexual assault, which we weren’t allowed to talk about but did anyway.

“These two women and my mother had almost daily practice with the pistol, and though they never had any occasion to use it, their reputation as good shots was protection in itself.”

It started in September 1915. Mary Logan Tucker, a civic-minded woman and the daughter of a Civil War general, argued forcefully in favor of training women to shoot. The Washington Times quoted her as saying that “instruction in small arms—the rifle and the pistol—should be most important. It has been shown that many women are good shots and every girl should be trained in the use of one of these weapons. During the Civil War my mother asked two teachers to come to the house and stay with her as companions. These two women and my mother had almost daily practice with the pistol, and though they never had any occasion to use it, their reputation as good shots was protection in itself.”

Protection from what, specifically? She didn’t say.

Nonetheless, her comments didn’t go over well. The very next day, the Washington Herald quoted an unnamed editor who said, “The idea of American women fighting is repellent. Let them do the nursing and make the bandages and do other things, but when it comes to meeting the enemy in the field, let the men do it.”

Another unnamed commenter said that the profession of women “should not be that of slayers.”

When Tucker was asked to respond, her answer was pretty vague. “Sometimes a woman has to defend herself,” she said. “Perhaps women oughtn’t to have to do these things. But sometimes they have to.”

By March 1916, Martha Gielow, founder of the Southern Industrial Education Association, was willing to put it more plainly. “If the newspapers could only tell of all the horrible atrocities that have befallen the women in Europe,” she said, “you might better know what there is for women to fear: but the mothers will tell it to their daughters, and women will whisper it among themselves until all know.”

Newspapers in those days wouldn’t print the word rape, and wouldn’t even hint at it. There might be some mention of atrocities or outrages against women, but even those euphemisms were rare. Rape wasn’t spoken of, and even Martha Gielow didn’t speak of it directly. But her message was clear: Mothers might only whisper it to their daughters—but a gun could put a stop to it.

A few weeks later, another activist and organizer, Jane Hungerford Milbank, dared to be even more blunt. The Washington Post (after describing her looks as “very handsome, indeed—deep chested, with a skin of tea rose texture and hair like a haystack on fire”) asked her to respond to this question: “Why should women arm? Why not leave the fighting to the sex that really enjoys it—our natural defenders?”

Milbank answered, “Because in war time men are away fighting and women are left at home. If the enemy comes they have only themselves to protect their children and their homes and their own honor. If the women of Europe had been taught regimental work there need not have been these frightful outrages upon helpless mothers, daughters, and wives.”

There it is. If women have guns, they can shoot a rapist.

By the spring of 1916, a few small regiments of women had received training at military-style camps. The American Women’s League for Self Defense held regular drills at the Ninth Regiment Armory on Fourteenth Street in New York City, with over two hundred women in attendance. It was there that the question of what a woman should wear while she was firing that gun entered the debate.

One of the organizers of those drills, Anna Higgins, was fierce in her response to the concern that pants “might be unpleasant to the contemplating gaze of husbands and sweethearts.”

“Dresses have been the curse and the burden of women,” she argued. “Dresses belong to the women of the last generation. But this is a movement for a new generation and a new woman…Think no longer of husbands and sweethearts. Think of the work you will have to do when your husbands and sweethearts go to the front. You will have to remain behind to guard your home against marauders and when they come you will have to be prepared to pepper them down. It will be a man’s work and you can’t do a man’s work in dresses. Don’t be ashamed of your arms and legs. Get acquainted with them.”

When they come you will have to be prepared to pepper them down.

That idea was not well-received by organizers of similar training programs around the country. The next day, officials at a San Francisco camp announced that attendees would not wear pants, but would instead wear “a sensible wide khaki skirt, fully six inches from the ground.”

And when the largest organized effort to train women for military service opened its first camp in Chevy Chase, MD, the idea that women should carry guns was scrapped, along with the notion that they would wear pants.

Elisabeth Elliott Poe, chair of the National Service School, said that she had no intention of producing “a modern Amazonian corps.” In a speech that she delivered at the camp, she argued against any “dangerous innovations that might draw American women from their traditional and sacred duties of feeding the hungry, nursing the sick, and caring for the sorrowing, and destroy or affect their status as non-combatants in war.”

This last bit, she explained, was why women should never be trained to fire a weapon. “Should American women be trained or drilled in the concerted use of firearms there is grave danger that an invader might shoot down our women at sight, pleading before the world in justification that American women were trained combatants. The committee wants the women of the National Service Schools to be honestly non-combatants.”

Non-combatants, hobbled by long skirts, and unarmed against the atrocities that women in Europe could only whisper about to their daughters.

Nonetheless, thousands of women signed up for the training. What else were they going to do? Very few of them would live long enough to see rape defined as a war crime, or to see women soldiers issued guns. But thanks to a few outspoken women a century ago, these taboo issues became national headlines for the first time, and could no longer be ignored. 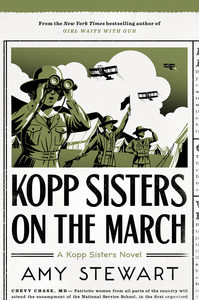 Amy Stewart is the New York Times bestselling author of a dozen books, including The Drunken Botanist, Girl Waits with Gun, and her latest, an epistolary novel called Dear Miss Kopp.
http://amystewart.com 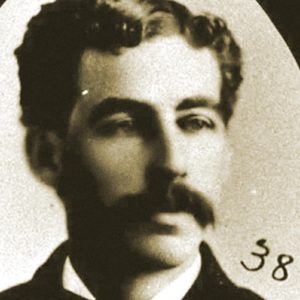 “I was born with the devil in me” is a killer sentence, and not just metaphorically since Herman Webster Mudgett, the man often...
© LitHub
Back to top