Inside the Gilded Suburban Cage, Where Nothing Ever Changes

I have lived most of my life in suburban Connecticut—as a child, as a young adult, as a wife and mother, and now as an author of novels set against this backdrop. It is because of this lifelong experience that I can say with absolute certainty that nothing ever changes here. And don’t get me wrong—I love this place. I love the nuances and contradictions and the way it challenges the human spirit to find a way around the constructs—the “gilded cage.” But to prove my point, dive into these diverse stories from the world of suburbia, written with authenticity by authors who know it well. From the thrillers to the literary masterpieces, from the 1950s to the present day, the common thread of a culture that refuses to compromise can be seen in each and every one. Enjoy. 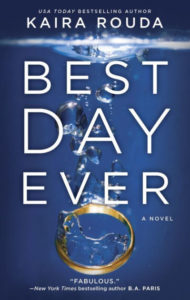 Best Day Ever, by Kaira Rouda

By getting inside the head of a suburban male prototype, Rouda takes us on a fun, twisty ride that is at once a thriller and a dark comedy. The perfect husband, father, provider is all a façade. What actually goes on behind the closed doors of his house, his marriage and his own mind will make you turn the pages with a pounding heart and a smile on your face. This is a fabulous use of everything we love to hate about suburbia and the people who live there.

This international bestseller and now hugely popular television series has a little of everything when it comes to suburban fiction. Fragile marriages, secret affairs, petty catfights and the more serious issues that people hide so well behind the walls of their McMansions, are more than enough to keep you entertained. Throw in a murder—but withhold both victim and culprit until the very end—and you have nail biting suspense to boot. The perfect recipe for a commercial hit! 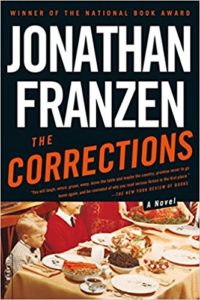 The Corrections, by Jonathan Franzen

Yes. Fine. It is a literary masterpiece. But he couldn’t have done it quite as well without suburbia and the same themes that are threaded throughout each of these novels. The concept of a “correction” in the human realm is a revelation that certain behavior is based on something other than reality – otherwise known as denial. And nothing breeds denial like suburbia, where change, deviation from the norm, differentness – the things that enable people to truly find out who they are inside – are simply not allowed. And, thus, Franzen’s characters must leave their suburban home to free themselves of this denial and, eventually, make their own personal corrections. 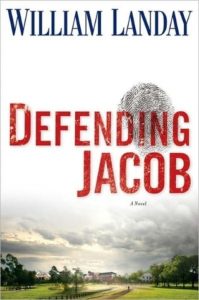 Now for the perfect legal thriller! This story about a prosecuting attorney whose son is accused of a local murder, could have been set anywhere. The tension is there—how far would you go to protect your child? The suspense is there—did he do it? Still, there is just something that much more compelling when this type of family-shattering tragedy strikes those who are living in quiet, safe, peaceful suburbia. It’s the black fly in the Chardonnay. 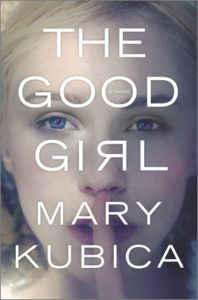 The Good Girl, by Mary Kubica

I love this story about a grown child, and product of subpar suburban parenting, who goes missing. Kubica manages to weave a twisty, jaw dropping thriller that plays on these themes. The distant father who believes he does enough by providing such a perfect life. The mother trying to keep him happy and maintain appearances. The strife between siblings fighting for the scraps of attention thrown their way. What becomes of these children? Do they learn from their parents’ neglect? Or does it forever change the way they see the world? When the “good girl” goes missing, we find out! 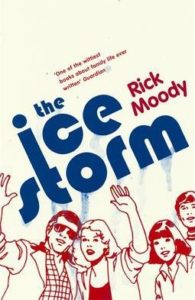 Full disclosure—Moody sets this classic story of suburban malaise in my hometown and I am old enough to actually remember the ice storm of 1973. Through Moody’s criticaleye, we can feel the effects of sexual repression and the burden of economic comfort—which is entirely dependent on men and women staying in their designated lanes. The very souls of parents and children alike are quietly smothered. And the most haunting part is wondering who these people might have been had they lived somewhere else. As for the “key parties” and whether they are a thing of the past… no comment. 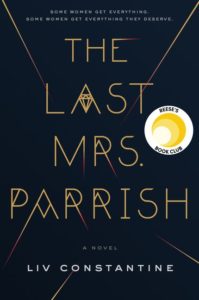 In this blockbuster thriller, extreme wealth and the façade of perfection become a beacon for a sociopathic con artist who looks for the cracks and then walks right through them. But the authors cleverly use the assumptions we draw from suburban stereotypes to serve up a truly surprising twist in the end. It’s a fantastic expose of the culture, and also the tendency of our minds to go to familiar places. 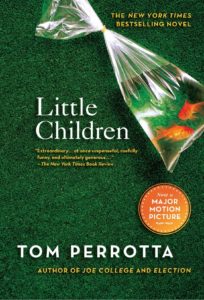 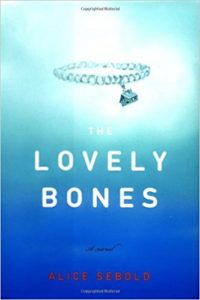 The Lovely Bones, by Alice Sebold

While this magnificent work does not focus on suburban lore to tell the story of a brutally murdered girl, her family’s unraveling, and her sister’s search for her killer, there is no question that setting the story in a quiet, picket-fenced neighborhood adds a certain chill down the spine. It reminds us that horror can live next door—anywhere. The picket fences are merely for decoration. 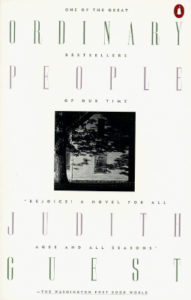 A list of iconic suburban novels MUST always include this story about a family who loses its favored son in a tragic accident set in suburban Illinois. As the younger son struggles with devastating survivor’s guilt, his father tries to reach him—but something stands in the way. In a place where appearances are not only paramount, but the perfect tool to suppress emotions, the mother wields this weapon like an iron fist to keep the family from facing its grief. Is she a product of her environment? Has she grown so attached to her idyllic life that she cannot even acknowledge she’s lost a child? It seems impossible that this most primal human emotion is lacking inside her. And yet, it won’t show its face—even to save her family. 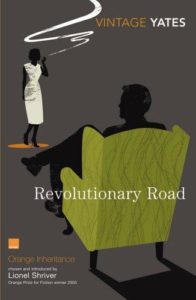 Repression. That is what seeps from this 1950s story about the destruction of love and the dismantling of human character. As in Ice Storm, the questions emerge—who would these people have become, what would their lives have been like, had they not bought that picture perfect home on this coveted road? Was it their inner flaws that brought them here? Or were they good people who cracked under the weight of this invisible foe? The heartbreak of this novel stands under either conclusion, leaving us with the knowledge that the human spirit is just as fragile as it is fierce. 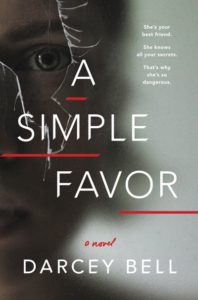 A Simple Favor, by Darcey Bell

The movie is coming! That alone makes this a great summer read. When one mom disappears after asking a “simple favor” of her friend (also a mom), the way people hide in plain sight becomes a central theme in this suburban Connecticut novel. Taking theGone Girl genre (yes, that’s a thing) to the extreme, the plot juxtaposes the “picture perfect” suburban setting against distrust and betrayal to ramp up the suspense. No one is the person she seems. And nothing is what it seems. That’s the nail on the head of suburban culture.

Wendy Walker is the author of the national and international bestseller All is Not Forgotten and Emma In The Night. Her latest work, The Night Before, will be released on May 14, 2019. She has sold the rights to her books in 23 languages, as well as film and television options. Prior to her writing career, Wendy practiced both corporate and family law, having earned her J. D. from Georgetown University Law Center, and her undergraduate degree from Brown University. Wendy also worked as a financial analyst at Goldman, Sachs & Co. Wendy is currently finishing her fourth thriller and managing a busy household in Fairfield County, Connecticut, where she lives with her three sons. 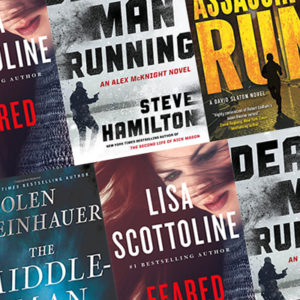 New books from Brad Thor, Daniel Silva, and Ben Coes made July a special month for thriller fans. Thankfully, August has a bunch...
© LitHub
Back to top