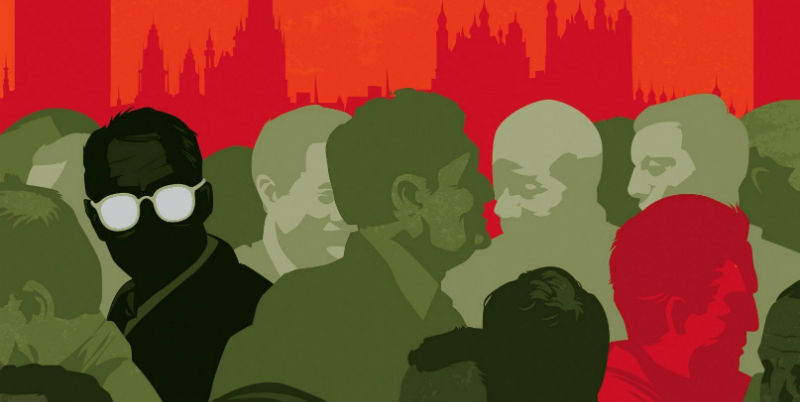 16 Crime Books To Give Your Dad For Father's Day

Why Not Get Your Dad A Nice Edition of A Classic Crime Novel?

Father’s Day once again approaches, and given the popularity of crime fiction among the dad crowd, we thought we’d put together a list of suggested gift books for the fan of dad-oriented crime fiction: aka pater-mysterious. What makes these books good for dads? Well, we guessed, partially based on what’s popular among our editors’ fathers, and partially based on what’s ostensibly for dads but is really for the whole family to enjoy (like John le Carré!!! Perfect for dads and disaffected teens alike…). Without further ado, here’s a list of great books for your dad (or anyone else in your life, for that matter). We focused on suggesting gift editions of books your dad probably already has in less fancy form, with a few biographies and omnibuses scattered in for good measure. Given that pulp was made of such acidic, poor-quality paper, that midcentury crime classics gained a reputation for literally disintegrating over time, we’re pretty sure your dad could use some bookshelf upgrades—and some Father’s Day attention. 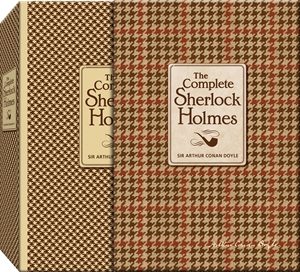 While Sherlock himself was an asexual drug addict with antisocial tendencies who most likely is not similar to your dad at all, your dad (along with the rest of your family) probably still loves him. Time to get your dad a nice, collectible edition of Conan Doyle’s beloved works—this slipcased two volume edition will, like the great detective himself, stand the test of time. 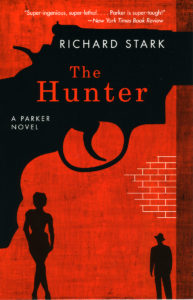 The Parker Novels, by Richard Stark (University of Chicago Press)

If your dad likes crime fiction, he’s probably a big fan of Richard Stark. Time to stock up on the master of harder-than-hard-boiled fiction, distilled to its purest, most minimal expression, and perfectly represented in University of Chicago Press’ aesthetically-minimalist design. They’ve even got an infographic to accompany the collection, detailing Parker’s body counts, which we’re sure Stark would have loved to have seen. 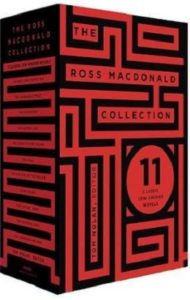 The Library of America has been paying close attention to the needs of the crime community, and given their beautiful design and archive-quality paper, it was difficult not to include their entire crime list in this post (a problem we also encountered when narrowing the field for several other publishers represented on this list). We decided to lean towards the newly canonized mid-century writers, given their more recent publication date, and of course, what dad wouldn’t want to own a three-volume boxed set of Ross MacDonald books? 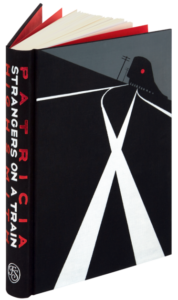 Haunting, moody, and elegantly streamlined illustrations accompany the Folio Society edition of one of Highsmith’s most-beloved works, in which two strangers meet, swap murder plots, and then face the mounting consequences of their actions. Highsmith’s original story compliments Hitchcock’s adaptation well, but with enough divergences to keep the reader guessing. 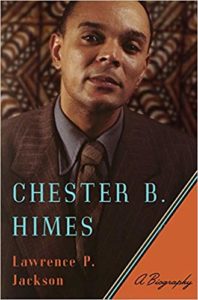 Chester B. Himes: A Biography, by Lawrence P. Jackson (Norton)

Chester Himes had a long and fascinating life, even before he started writing crime books, and Lawrence P. Jackson’s Edgar-winning biography of Himes delivers all the anecdotes, context, and analysis one hopes for in a literary biography. Plus, dads love biographies! While this biography is of a hefty weight and filled with high-quality paper, Himes’ fiction itself has yet to receive the gift book treatment. Anyone in publishing want to change that, pretty please? 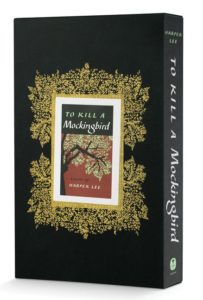 What could be a better gift for a dad than the book with the ultimate fictional father? While Atticus Finch comes off as an old racist in Go Set a Watchman, he’s still everyone’s favorite heroic dad in To Kill A Mockingbird, which, we’d like to remind you, is not only America’s best-loved book, but also, technically, a crime story. 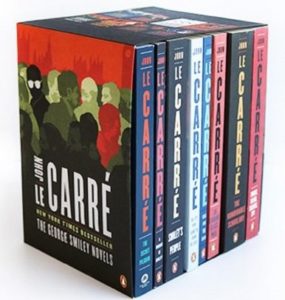 John le Carré’s long career writing spy fiction is perfect for bridging the generational gap between you and your dad, and once again agreeing that, while The Spy Who Came In From The Cold and The Constant Gardener are great, you can’t get better than le Carré’s Smiley novels. Brand-new designs make this box set a delight to see on the shelf! 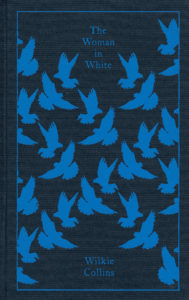 One of the CrimeReads editors once picked this for book club based on design alone. With a dark blue fabric cover and delicate repeating print across the cover, even if this wasn’t one of the greatest crime novels of all time, it would still be worth the cost. 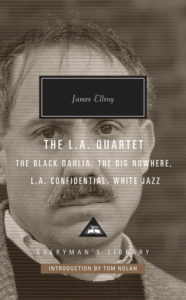 The Everyman’s Library Contemporary Classics Series is releasing several collected editions of Ellroy’s works, and it’s nice to see one of the genre’s masters getting the omnibus treatment within his lifetime. This makes the perfect gift for all those whose well-worn copies of The Black Dahlia and L. A. Confidential risk falling apart if opened again, many of whom just so happen to be dads (and moms, and teachers, and probably clergy too, let’s not stereotype). 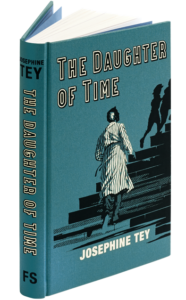 This one’s the perfect gift for the dad who’s always wanted to solve a historical cold case using only their mind and a famous piece of art. In Josephine Tey’s best-known work, her detective is laid up with a broken leg in the hospital and enlists the help of his amused best friend and partner to investigate the ultimate cold case: the murder of the Little Princes by Richard Plantagenet. While the forensic evidence wouldn’t hold up in court today—Tey’s detective decides Richard couldn’t have murdered his nephews because he had a “kind face”—it’s still a masterpiece of how to solve a crime while very, very bored (so perhaps this suggestion can double as a retirement gift). 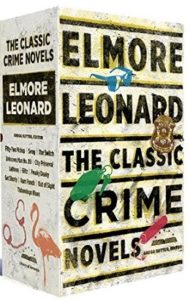 Elmore Leonard’s crime fiction is perfect for all dads, everywhere. And so are his westerns! Also, this box set is not one, not two, but three whole volumes of just the crime novels, which shows how prolific Leonard was. 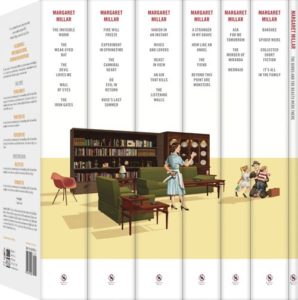 Margaret Millar’s series and standalones were so popular in the ’60s and ’70s that her husband, Kenneth Millar, ended up taking the name “Ross Macdonald” as his new pen name. The perfect gift for any dad who’s not afraid to support and admire a successful partner (or just the perfect gift for the dad who enjoys mysteries, we don’t need an excuse). 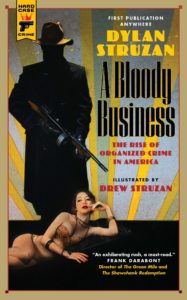 This is the book that you and your dad would want to write together, except your dad (probably) isn’t a 90 year old gangster enjoying a quiet Florida retirement and ready to tell his stories. Vincent “Jimmy Blue Eyes” Alo, who ran with the likes of Lucky Luciano, was ready to spill at the end of his life and allowed a friend and oral historian Tommy Sobeck to record his stories. Twenty years later, Sobeck found Dylan Struzan and asked her to turn the tapes into a story that would make Jimmy proud. A Bloody Business is both a cracking good gangster story and a reminder of the enormous amount of labor that goes into securing someone’s legacy (dads, take heed!). 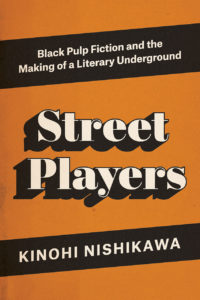 Street Players: Black Pulp Fiction and the Making of a Literary Underground, by Kinohi Nishikawa (University of Chicago Press)

This story is equal parts bizarre and erudite, in the best possible way. In his new history of Holloway House and the mid-century rise of black pulp fiction, Nishikawa traces a fascinating lineage through its salacious origins, pulp heydey, and literary arrival. Perfect for the dad with Donald Goines or Iceberg Slim on the shelf! 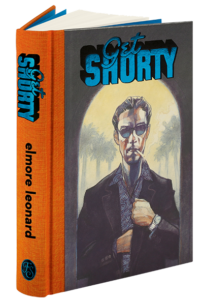 As we’ve established, your father probably likes Elmore Leonard. We all like Elmore Leonard. The Folio Society is giving the great crime author the deluxe treatment with its new edition of his classic of sunshine noir, Get Shorty. There’s absolutely an aesthetic that goes along with Leonard, too, and it’s not just the movies and the TV series, though those are great. There’s something cool and sinister and more than a little sleazy to his world, which in the Folio Society’s edition is rendered by artist Gary Kelly. (Also includes: an introduction by Dennis Lehane, another of your father’s favorite writers, quite possibly.) 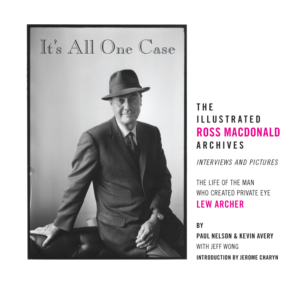 It’s All One Case is a unique book built around the work and ideas of one of crime fiction’s most venerated authors. Macdonald sat down with critic Paul Nelson for a series of interviews in the mid-70s, and their conversation bounded from one fascinating topic to another, forming one of the most complete commentaries on the world of Lew Archer from the author himself. This edition is illustrated with ephemera from the Macdonald archive and glorious covers of Archer novels through the years. For a serious fan of detective fiction, this is quite a precious item.

The Sublime Magic of the Seaside Thriller 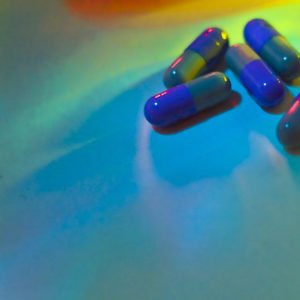 I think I was twelve when I first began wondering whether people could control their bodies—their pain and bleeding—with...
© LitHub
Back to top