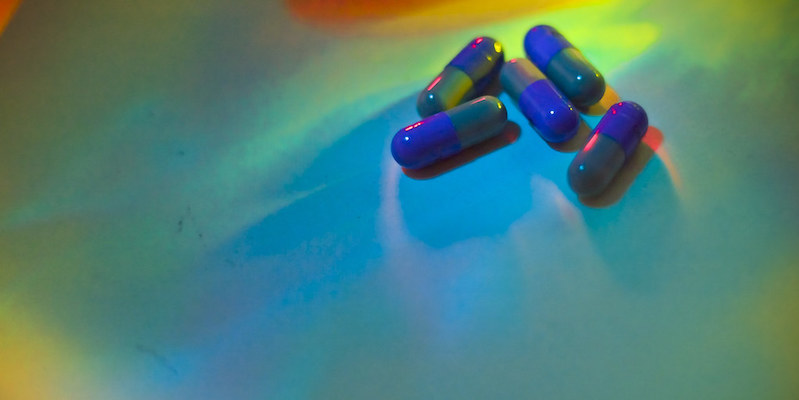 The Power of Ritual and The Placebo Effect

I think I was twelve when I first began wondering whether people could control their bodies—their pain and bleeding—with their minds. I was crushed against a loud crowd of spectators smelling of coconut oil, jasmine garlands and rank armpits, with the mid-afternoon sun beating down on me. I remember that my friend and I were in our white school uniforms, which were grimy and damp with sweat from our afterschool games. We were waiting impatiently, chewing on sticks of sugar cane.

When we heard the chants of Haro hara! Haro Hara! we knew the Vel procession was getting close. We pushed past the grownups to see better. At the front of the procession were dancers in showy costumes, shimmying and twirling, some balancing decorated, heavy wooden structures across their shoulders as a sign of their devotion. A few men rolled like logs along the street behind them, their thin, sunburned bodies bare except for the sarongs hitched around their hips. They were turning from their backs to their bellies, their bellies to their backs, over and over.  One man had gray hair, and none of them seemed particularly athletic. Yet they seemed unfazed by the strenuousness of this activity, and by the searing heat of the road surface, which I could feel even through my rubber-soled tennis shoes. Other devotees followed. Women in crimson saris were swaying to the music, shaking the bunches of green foliage clutched in their hands. Short metal spears protruded from their faces, stabbed in one cheek and out the other. My friends and I nudged each other in awe—there was no blood even though the piercings had been done recently. There were pierced men too, in orange sarongs, flower garlands slung around their necks, their foreheads smeared with holy ash.

I watched these people, looking for some sign of their suffering, which I imagined to be intense. But their faces showed no pain. Some looked beatific, some dazed as if they were in a trance, and some even nonchalant, as if they were just strolling to the Sunday market. Behind these devotees were musicians, beating drums, blowing elongated horns and jingling bells.  Then came the silver-plated, ornately carved Vel chariot. Bright garlands cascaded down its sides. Two painted wooden horse sculptures were at its head, and it was drawn by two real white bulls with red paint around their eyes and fancy draperies on their backs.

I watched these people, looking for some sign of their suffering, which I imagined to be intense. But their faces showed no pain.

I felt my excitement rising. Inside the chariot was a gold statue of Murugan, but that was not what interested me.  I waited eagerly for the chariot to pass, so that I could see the man that hung behind it. He dangled from a rope attached to beams that stuck out from the back of the chariot. The rope was connected to a metal hook that pierced the flesh of his back.  There was no blood on his back, and no sign of pain on his face. He receded into the distance as I watched, wondering about this seemingly superhuman feat.  Look at his faith, nearby adults whispered to each other. God rewards such devotion.

Vel is an annual festival in Sri Lanka. Although the festival is held in honor of the Hindu god Murugan, people of all Sri Lanka’s religions—and atheists—throng the streets of Colombo when the grand Vel procession travels from one Hindu temple to another. I’d watched the procession many times before then, but until that year, I’d taken it all for granted.

Years later, at the University of Chicago, when I was writing a master’s thesis on the placebo effect, I wondered how the rituals of this procession influenced the Vel devotees. By then, I’d read a lot about placebos. It’s standard practice to test new drugs by comparing them to placebos, or sugar pills. Scientists give some patients the drug and others a placebo and see if the drug benefits patients more than the placebo does. For the drug industry, the placebo effect is just a nuisance, but many scientists see it as a key that could unlock our understanding of how our beliefs affect our bodies. We’ve known for a long time that that placebos—pills that are inert—can, paradoxically, alleviate many ills: not only psychological ones like anxiety and depression, but also migraines, back pain, nausea, irritable bowel syndrome and Parkinson’s disease symptoms, to name a few.  And it’s not only fake pills that can have this effect. Fake treatments of all kinds, from injections to electrical stimulation to creams to procedures, can improve symptoms. Sham knee surgeries—cutting the skin but doing nothing else—can relieve osteoarthritis of the knee just as much as real surgery.  No one knows exactly how.

When we look at the placebo effect up close, we see how strange a phenomenon it is. It shows how vulnerable we are to the stories we tell ourselves and what we believe.

Big Pharma makes for great crime story villains, but of course, pharmaceutical companies do produce many useful drugs. The placebo effect makes these drugs more powerful. A real drug labeled with its name is more effective than a real but unlabeled one. Morphine numbs pain better if it’s injected by a doctor than if it’s administered secretly by a machine. Ted Kaptchuk, a professor of medicine at Harvard, says the placebo effect is all about the drama of healthcare.

When we look at the placebo effect up close, we see how strange a phenomenon it is. It shows how vulnerable we are to the stories we tell ourselves and what we believe. This belief is influenced by many things—including our faith in a practitioner’s expertise and the rituals that surround the treatment. Think about the drama involved in a visit to a doctor’s office— the paper gowns we wear to be more open to examination, having our skin smeared with disinfectant and our blood drawn, being touched by a white-coated expert, the chill of the stethoscope picking up our inner workings, the sterility of the examining room, the shiny steel instruments that we know are carefully engineered to monitor our bodies, the electronic hum of the machinery, the lighted numbers that will help the doctor to deliver a verdict. These are all rituals that put us in a certain frame of mind. We believe that science will deliver the goods.

In a different cultural setting, the rituals may be different: fiery offerings, drumming, dancing, chanting, bearing heavy burdens, wearing garlands of flowers, burning incense, being anointed by holy men in robes and getting pierced—not by needles, but by spears. We place our trust, not in science, but in spirits or gods, who we expect—and know—will assuage our pain and heal our bodies.

There is a dark side here too. The placebo effect, like any good superpower, has an evil twin: the nocebo effect. Our imagination can work against us, just as it can work for us. What do we believe?  How do those beliefs change us?  How much can they harm us? Those are the questions that drove the writing of my novel, The Mask Collectors.

Ruvanee Pietersz Vilhauer has worked as a science writer for NASA, a biology researcher and a therapist in various settings, including a jail. Her short stories have been broadcast on BBC Radio 4, and have appeared in many literary journals. She won the Commonwealth Short Story Competition in 2004 and the Iowa Short Fiction Award in 2018. The Mask Collectors is her first novel. She is a psychology professor in New York, and lives in New Jersey with her family. Her debut novel, The Mask Collectors, is now available from little a.
http://www.ruvaneevilhauer.com

16 Crime Books To Give Your Dad For Father's Day 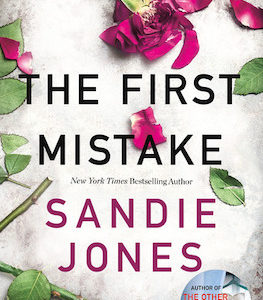 “You’re not going to let him get away with that, are you?” asks Beth, aghast, as we have dinner the following night. I...
© LitHub
Back to top