Cyberpunk and crime fiction evolved out of the pulps, and their shared outsider DNA still connects them.

From its inception, cyberpunk has shared quite a bit of DNA with crime fiction. Your archetypical (some might say stereotypical) cyberpunk anti-hero, hacking into the mainframe of a highly militarized mega-corporation, could easily trade some tips about life on the street with a grizzled safecracker from a Richard Stark novel or Michael Mann film. Both cyberpunk and crime fiction often focus on those who live on the edge of society, trying to scratch out a living while wrestling with some degree of existential ennui.

Considering the origins of both genres, this degree of interplay is perhaps expected. On the cyberpunk side, you can point to J.G. Ballard and Philip K. Dick as the godfathers of the genre; they emerged from the pulps to start slamming together ideas about alienated lone wolves among crumbling dystopia. Dick’s “Do Androids Dream of Electric Sheep?” and Ballard’s “High-Rise” are, in many ways, ideological cousins—visions of the future in which their protagonists struggle against their social orders (while rewiring their brains with drugs and emotion-manipulating machines).

In turn, Ballard and Dick begat William Gibson (whose writing was also heavily influenced by William S. Burroughs), Bruce Sterling, and other cyberpunk writers of the 1980s and early 90s, who blended their philosophical themes with the rising concerns of the era: rampant corporatism, the increasing power of computers (and the birth of the Internet), cybernetics, and more. And those writers begat a generation of filmmakers who, even if they didn’t adapt books like Gibson’s “Neuromancer” directly, nonetheless baked cyberpunk themes into their work.

Crime fiction likewise evolved from the pulps. Although long denigrated by some outsiders as nothing more than filth for filth’s sake, crime fiction has spent decades effectively tackling big themes such as morality, class, economic anxiety, and more. Every generation uses the genre to analyze the issues of its day; “Hell or High Water,” for example, is as much a damning autopsy of the Great Recession and its impact on rural America as it is a great thriller.

In that spirit, here are a handful of cyberpunk films that lean heavily into crime fiction tropes—along with their closest crime-film siblings. “The street finds its own uses for things,” as William Gibson wrote in “Burning Chrome,” and that remains true whether the streets in question exist in 1953 or 2053. 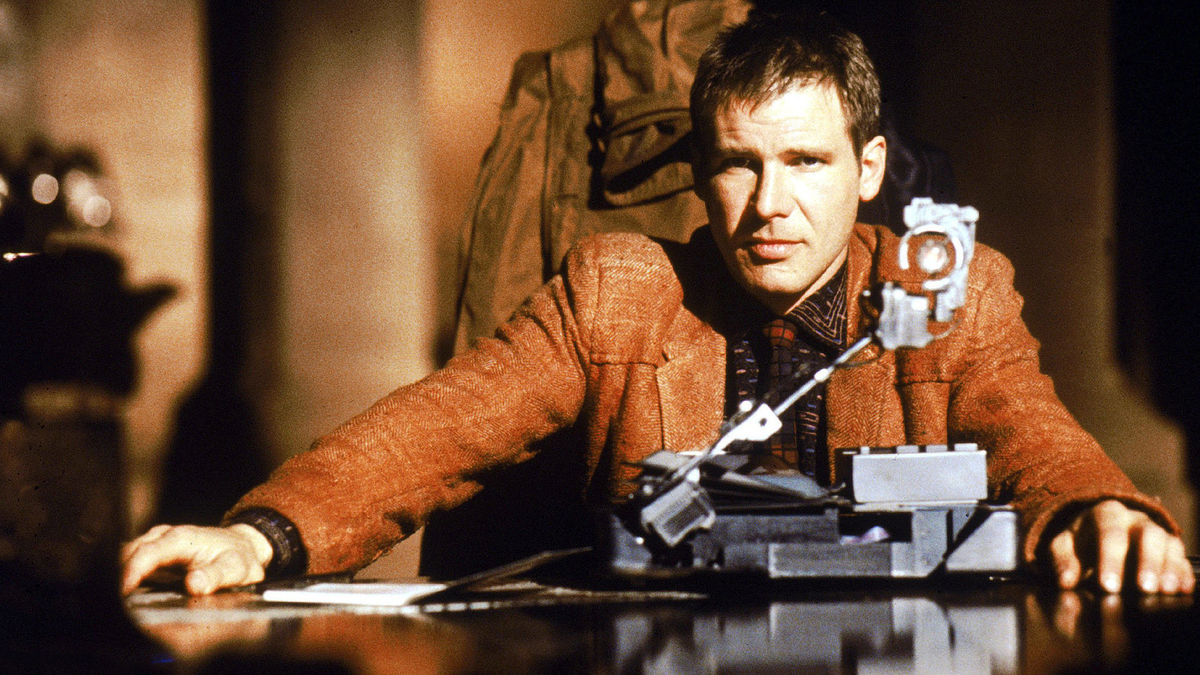 Once you take away its replicants, building-sized video advertising, flying cars, and toxic air, Blade Runner is a mystery that Raymond Chandler could have written: a lone detective (Rick Deckard, played by a hangdog Harrison Ford), armed only with his pistol and a creeping sense of ennui, lurks the mean streets of Los Angeles. But the film’s cyberpunk elements aren’t pure window-dressing; Deckard’s pursuit of the aforementioned replicants is an opportunity to explore the nature of humanity, mortality, and other, heavy themes.

Crime-Film Double Feature: Virtually any cinematic version of Chandler will do here: The Big Sleep with Humphrey Bogart as Philip Marlowe is a particularly good fit, given how Bogie and Ford share a bone-deep, alcohol-fueled type of world-weariness. 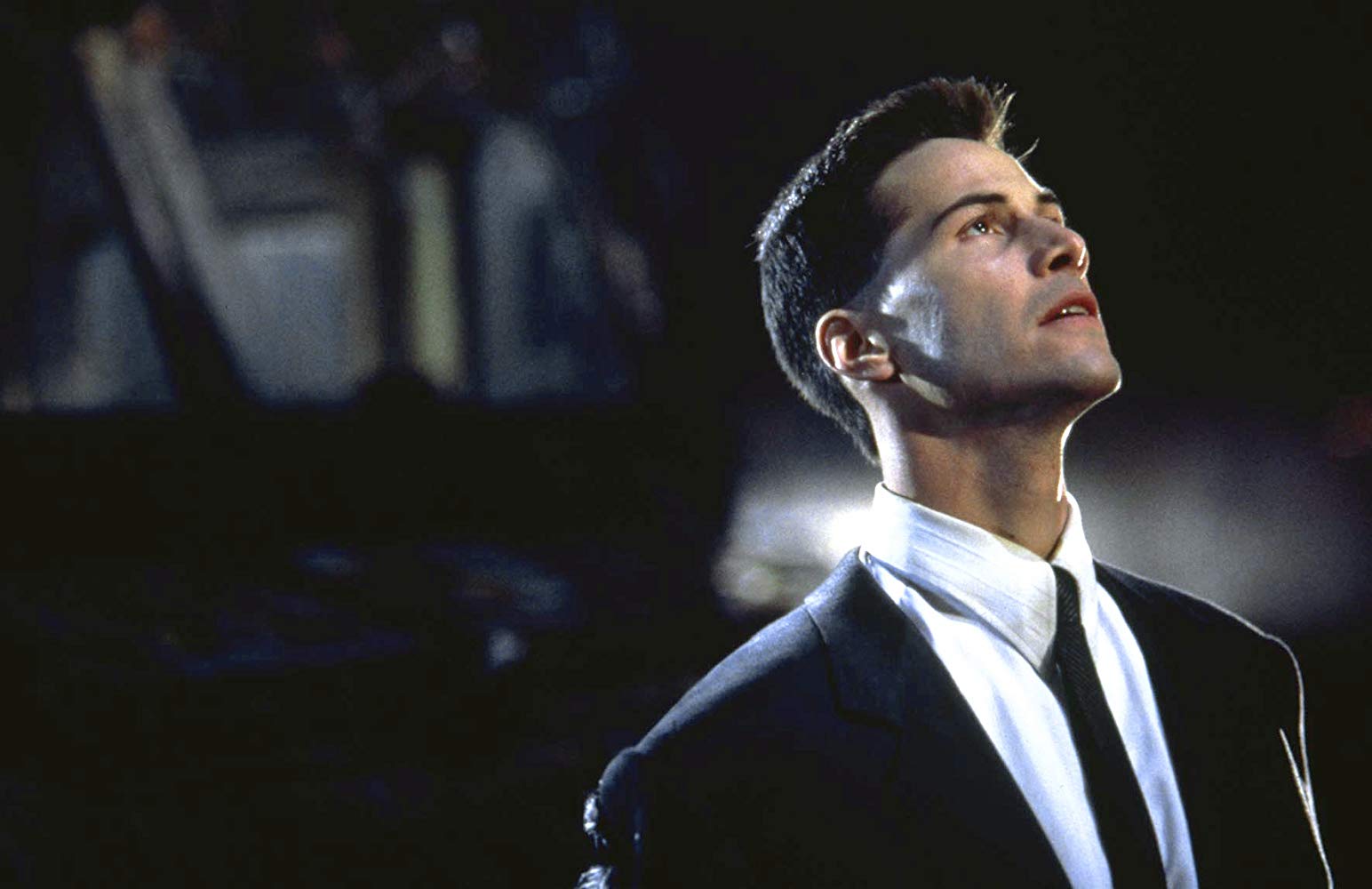 Perhaps unduly maligned during its initial release, which (insult to injury) resulted in a box-office bomb, Johnny Mnemonic deserves a re-evaluation in light of Keanu Reeves’s recent career revival (dubbed the “Keanusance”). William Gibson wrote the script for this one, based on his short story; Reeves’s character, Johnny, is a high-class courier with a hard drive implanted in his brain, which he uses to carry highly sensitive data between clients. A collection of baddies—including a mess of Yakuza—want that data, and they’re willing to chop off Johnny’s head to get it.

On the eve of the film’s release, an article in the Los Angeles Times breezily predicted that the film’s “cyberpunk blend of technological literacy and social subversion” would conquer the mainstream—an ironic prediction, given the middling ticket sales. However, the film has managed to maintain a peculiar half-life in the 24 years since, mostly because the unceasing march of real-life technological progress makes many of the film’s key elements look hilariously antiquated—Johnny’s ability to hold 80 gigabytes of data in his cranium might have seemed like titanic storage back in the day, but the latest iPhone can hold three times as much.

There’s an interesting element to the film that’s often overlooked: Johnny is a workaholic jerk, complaining about a lack of room service as the world burns around him:

He’s alienated from everything—the world in its epically messed-up state, the ultra-rich clients who’ve allowed him to maintain a luxurious lifestyle, and even the hard drive that eventually threatens to burn a literal hole in his skull. That makes him a true cyberpunk and noir anti-hero.

Crime-Film Double Feature: In “D.O.A.” (1949), protagonist Frank Bigelow would no doubt sympathize with Johnny’s ticking time-bomb of a brain: Poisoned, with a few days to live, he must figure out who wants him dead and why. There’s a piercing sense of fatalism here that fans of noir and cyberpunk would recognize, even if the most technologically advanced thing in “D.O.A.” is a bunch of stolen iridium. 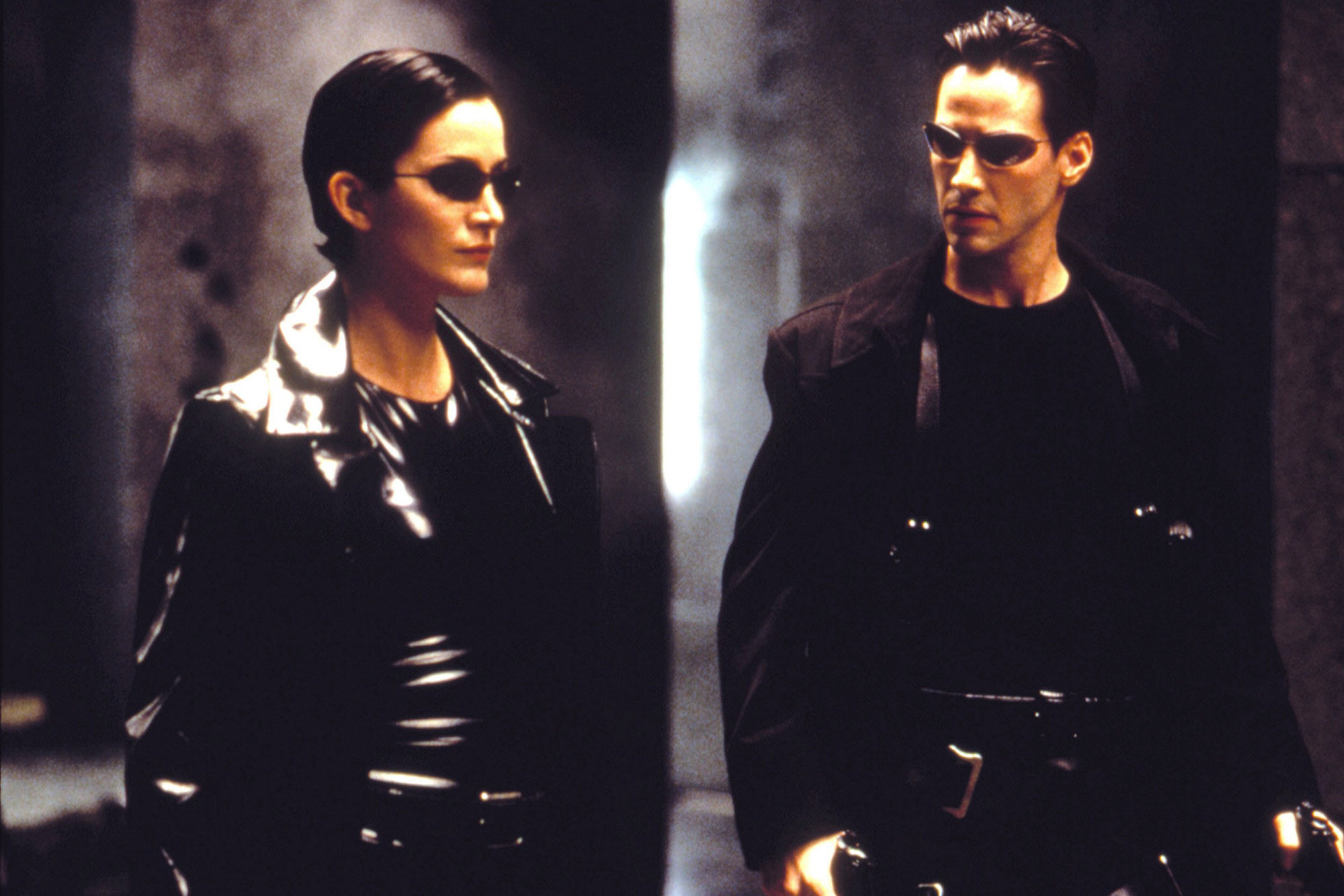 Where Johnny Mnemonic failed, The Matrix succeeded, bringing a whole truckload of cyperpunk themes into the mainstream. Keanu Reeves’ Neo is a far more accessible character than Johnny—he’s not only the savior of the world, but he also helps his landlady take out her garbage. The beginning of The Matrix integrates a number of noir visual cues and tropes: rainy streets, frantic fugitives, and really bad cops.

Crime-Film Double Feature: Lovers doing their best to escape the crushing weight of authority? Lots and lots of guns? When you put it that way, The Matrix has some thematic similarities to Bonnie & Clyde (1967) and even They Live By Night (1948), although the cyberpunk film has a happier ending for pretty much all involved. 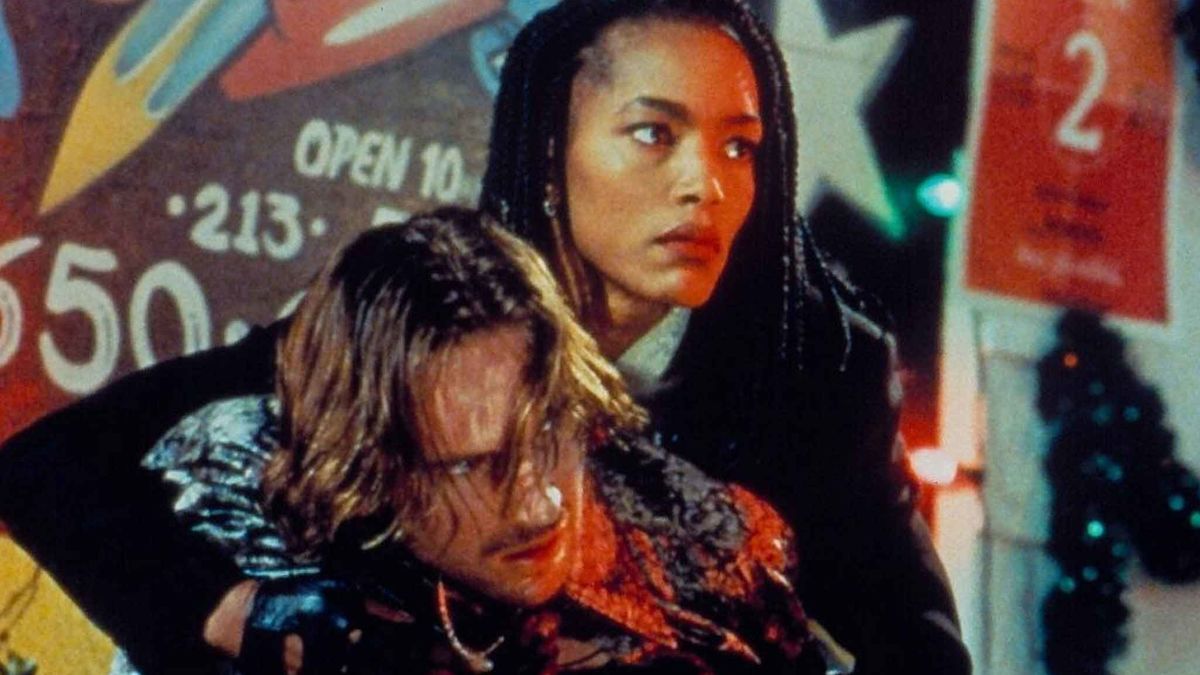 Lenny (Ralph Fiennes) is a fast-talking hustler pushing a unique product: a device (known as a SQUID) that injects memories straight into wearers’ cerebral cortexes. The film (released in 1995) takes place on New Year’s Eve 1999, and it wrestles with any number of cultural themes still prevalent today, most notably police brutality and cyber-voyeurism. Perhaps the best part is Mace (Angela Bassett), a character familiar to the worlds of cyberpunk and noir: a bodyguard/badass who’s pretty brutal with a nightstick.

Crime-Film Double Feature: At first glance, Touch of Evil (1948) might not seem like it has a whole lot in common with Strange Days, but they’re both marked by supremely innovative camerawork (in both films, the camera’s point of view occasionally becomes a character unto itself) and a plot that centers on police corruption. Touch of Evil also stars Orson Welles as Hank Quinlan, a police captain who’s ultimately as much an angles-playing hustler as Ralph Fiennes’s Lenny. However, because Evil is a noir, it ends in a wastewater pool instead of a bright, flashy techno-party. 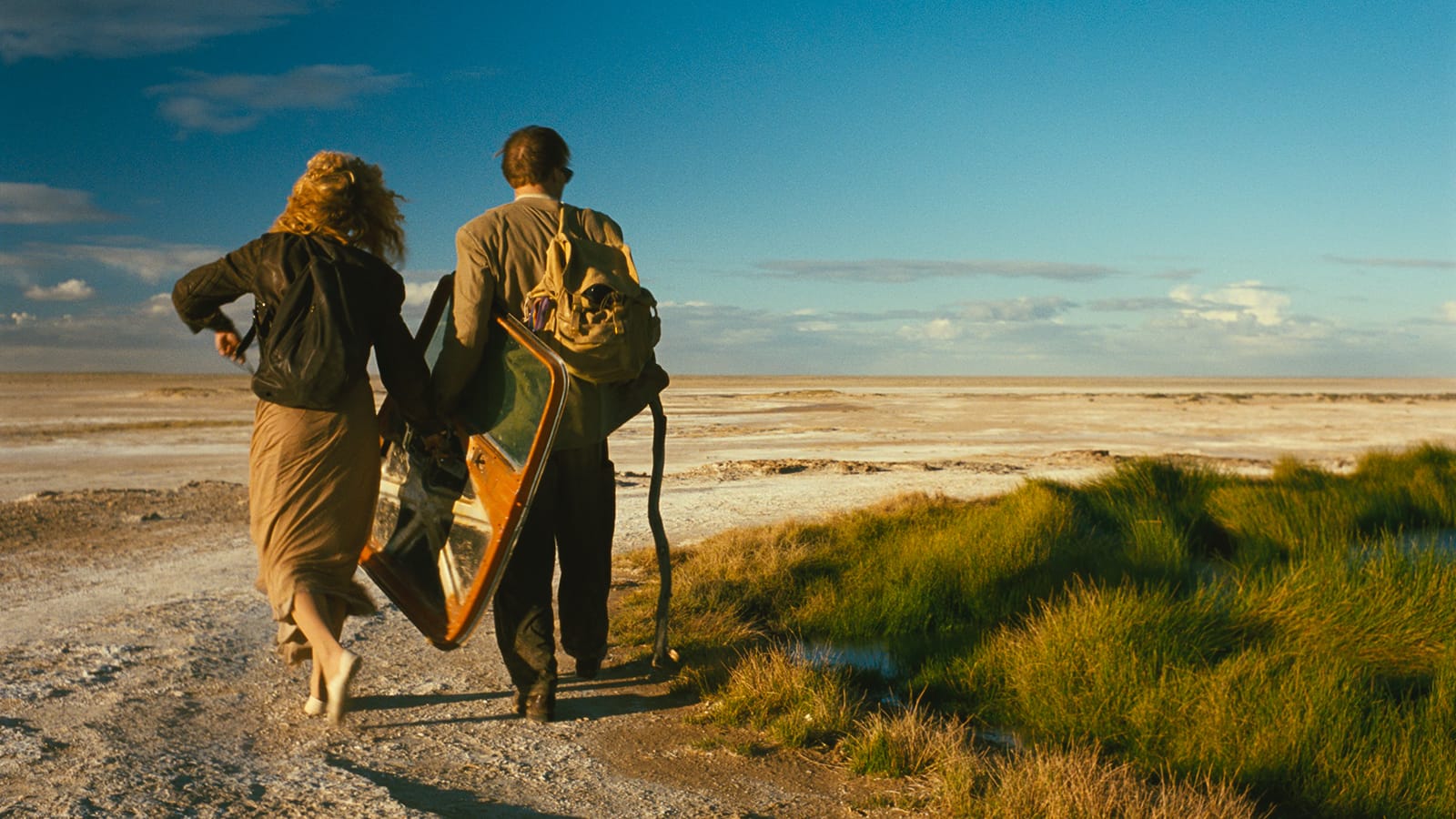 Until the End of the World

Although largely forgotten today, this 1991 Wim Wenders movie (co-written by Peter Carey, who wrote The True History of the Kelly Gang and other great books) is a classic noir tucked beneath a cyberpunk sheen. Although IMDB terms it an “action” movie, it has what Roger Ebert described as a deficit of “narrative urgency,” despite a plot in which a scientist attempts to elude a variety of spy agencies and shadowy gunmen. The cyberpunk-y MacGuffin is a device that reads brain impulses, which eventually allows the main characters to view their dreams on portable screens (between this and Strange Days, 1990s cinema clearly had a slight obsession with digitally peeping into folks’ minds). 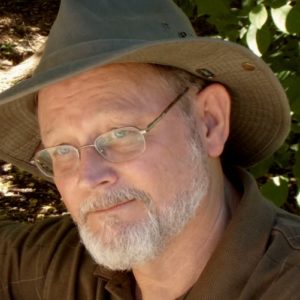 When it comes to fiction, some states punch above their weight, contributing more to the canon of American literature than...
© LitHub
Back to top