Oh, to be a crime columnist in such heady times is not an easy lot. What can I possibly tell you about these books that would match the highs and lows of the past week? There’s danger. There’s menace. Sometimes, there’s a hint of sex (and rarely a little more). There are men doing women wrong and women trying to do what’s right—or maybe, just right on the surface. As we have learned, everybody has an ugly side, and for some people it’s hard to pick just one. 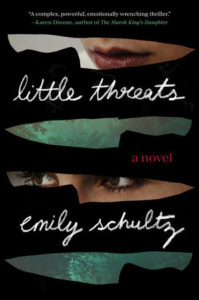 Oh, to be young and grunge! It’s summer 1993, and rebellious twin sisters Kennedy and Carter Wynn are smelling like teen spirit. Kennedy crosses the line when a girl, her best friend Haley, is murdered in the woods and she can’t remember anything .(Yes, there is a rash of murder-cum-amnesia this month.) She can’t prove her innocence, and she goes from privileged teen to prison. When she gets out, Kennedy returns home, and starts to remember what happened to Haley. How much does she want to know? 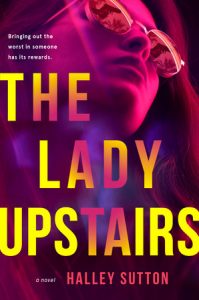 Sometimes publishers make this job easy: Sutton’s debut has praise from Elizabeth Little, Amy Gentry, and Layne Fargo (who discovered Sutton in the slush pile of Pitch Wars), which is the list of x’s I might have compiled in a  “if you like x, then try y” about Sutton’s book. She has the knowledge and love for L.A. and noir bits of Little’s Pretty as a Picture, the cracking wise feminism of Gentry’s last book, Last Woman Standing, and the sultry atmosphere that made Fargo’s Temper a standout. The plot: Jo, a woman in Los Angeles who blackmails powerful sleazeballs for a living, is part of a crew run by the Lady Upstairs. A job gets complicated after her mark is found murdered, and Jo decides she wants out—but this is not a two weeks’ notice kind of job and the Lady is displeased. Come for the atmosphere; stay for the clever twists. 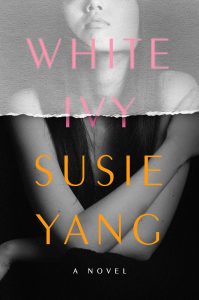 Before the world went nuts this was a book with buzz, a promising debut by Yang. Even without the buzz, it’s good reading. Ivy is a misfit in her family. The only person who understands her is her grandmother, whose lessons tend to the dark side of the moral spectrum: Ivy becomes expert and lying and stealing. After she’s thrown out of a ritzy school, she is sent to China to live with another relative—one who transforms her from an odd girl to a beautiful woman. But Ivy remains Ivy, and she uses her newfound charms to get even with an old schoolmate. 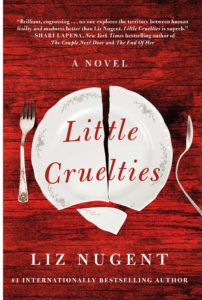 Nugent is one of the best of the young breed of psychological suspense writers. Her books all have a mysterious sense of menace and concrete characters who don’t always play nice. She is particularly skilled at writing evil men, and she shows off to good effect in this tale of three warring brothers. Nugent’s Irishness, to me, is part of her toolkit: she understands the way neighbors see neighbors—and brothers see brothers—in a place where everyone is under a microscope. Let’s just say no one looks particularly attractive once Nugent has her story on. 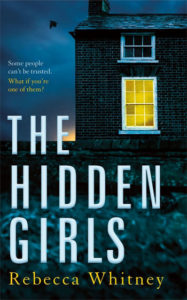 Another debut as dark as White Ivy is Whitney’s the Hidden Girls. Ruth, our protagonist, is having postpartum psychosis. So are those voices she hears at night real, or part of her illness? After months of hearing the voices she cannot tell anymore. A scream from the gas station nearby which she is sure is real terrifies her, but the truly scary part is that no one believes her: not the police or her husband. How can she convince them that this really happened? 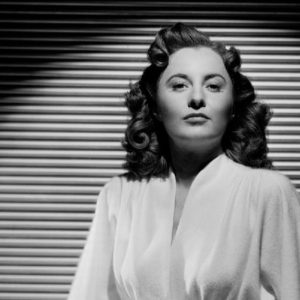