Oh, hi, it’s me again, with your months’ worth of psychological thrillers. I want to ask you if this is the kind of reading you are doing now, when the news has as much gaslighting and death as any one of these novels. I, for one, am finding crime fiction does not suit my mood right now: the world is too scary for me to think about all of the other gruesome things that can happen to people. But I know there is an opposite camp of people who love reading crime fiction during hard times because they find it to be a release of the nervous and paranoid feelings we are all grappling with these days. Here are five books to enhance or relieve you of your news-induced hysteria. Spoiler: none of them talk about masks, or ammonia, or hand washing, or social distancing. It’s just good old-fashioned stalking, creepy houses, serial killers, and breaking and entering.

Pochoda is one of the bright young things of LA crime writing, along with Elizabeth Little, Steph Cha, Rachel Howzell Hall, and Joe Ide. Pochoda combines the diversity of her LA setting with well-drawn characters to give us a prismatic crime novel about five different women who live in the same general neighborhood near the sleaze and easy pleasures of Western Avenue (also, not coincidentally, where Pochoda lives). Despite their superficial differences, the five women—these women—all will be connected by a serial killer hunting in their neighborhood. Pochoda simultaneously reminds us that crime can thrive in our own backyards and that it will touch the lives of people who never should have met. 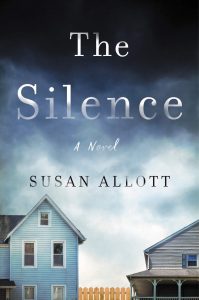 Isla Green does not want to return to her native Australia. She has eked out a life for herself in London: nothing glamorous, just a basement flat in Hackney and a job that pays for it. But a phone call from her father sets her on a voyage she cannot refuse back to her hometown. Back in 1967, a woman from their neighborhood disappeared, and Isla’s father is now the prime suspect. Alternating between that crime and the present, Allott has crafted a very canny and complex novel which also discusses the shameful Australian practice of removing Aboriginal children from their families, now known as the Stolen Generation.

The quasi-Gothic novel is the little black dress of crime writing: you can’t have too many and they never go out of style. To the company of recent books like Christine Mangan’s Tangerine, Ruth Ware’s The Death of Mrs. Westway, and JP Delaney’s The Girl Before you can add Elisabeth Thomas’s Catherine House. Actually, a better pal for Catherine might be Donna Tartt’s The Secret History, as both have creepy boarding school settings and the pervasive feeling that this is as much a cult as it is a school. If you like a good Gothic romp with plenty of atmosphere and intrigue, pour yourself a dry sherry and open Catherine House. 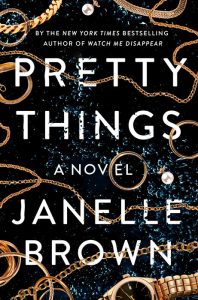 At first, the premise of Pretty Things reminded me of bits and pieces of other things—Elizabeth Little’s Dear Daughter, Sofia Coppola’s The Bling Ring, dozens of domestic suspense novels about grifters infiltrating a circle of rich people, in this case in Los Angeles. But then Brown, whose Watch Me Disappear was one of the better post-Gone Girl books about—wait for it—a woman’s disappearance, is more clever than just a pastiche artist. Pretty Things really gets going when it goes where? To a Gothic mansion! It’s a good month to be a Du Maurier fan. 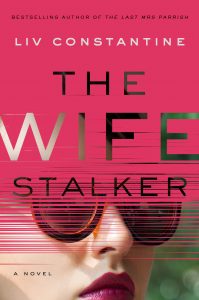 I would happily have cocktails or get a pedicure or take a road trip with the Lynne and Valerie Constantine, the sisters who write as Liv Constantine. I thought The Last Mrs. Parrish was an excellent debut and was a bit disappointed in The Last Time I Saw You, so our future social plans were riding on The Wife Stalker and they did not disappoint. When they are on their game, the Constantine sisters are as astute observers of class as any literary writer I can think of; they understand how people signal their social status both consciously and subliminally. And class is really at the heart of The Wife Stalker, which I don’t want to spoil, so I will just say it’s about a woman who has a habit of marrying rich men who then have fatal accidents. 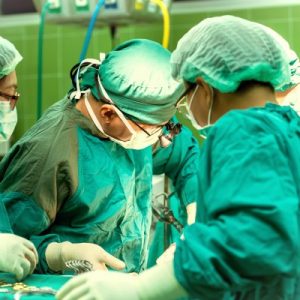 As an emergency physician and author of speculative medical fiction, I’ve written multiple novels about pandemics, even...
© LitHub
Back to top