Is your house starting to feel a little gothic after all this quarantining?

Hello, self-isolating psychological thriller readers. Has being cooped up with the family made you question if your spouse was gaslighting you? Do your children suddenly seem capable of unspeakable things? Is your house feeling a little Gothic, even though you have probably been in every corner of it by now? If so, you’ve got the rarely diagnosed psychological thriller itch, and only a few hours with one of these books is going to cure you. Dim the lights, shut the door, and spend some of this endless time at home reading all of the books you want. Here a few new ones. 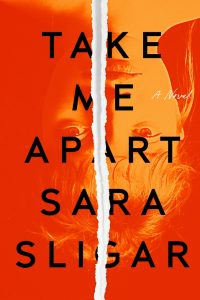 Sligar’s slick debut is another entry in one of my favorite crime fiction subgenres, the art world mystery. Theo Brand hires ex-journalist Kate Aitken to sort through his artist mother’s work and personal effects, but his mother was no ordinary person. Miranda Brand was an artist at the height of her career when she died, and as her archivist, Kate is privy to Miranda’s personal secrets and her feelings about the art world. As Kate moves further into the stuff of Miranda’s life, she feels a pull that gets even stronger when she unearths Miranda’s diary, and a dangerous obsession takes hold of Kate. 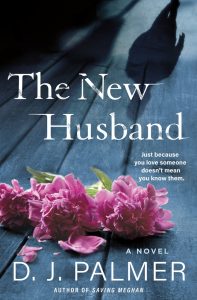 Pro tip: When a psychological thriller is called The New Husband, it’s probably not because he’s a real stand-up guy. But he certainly could seem like one, which is Simon Fitch’s M.O. The wife in this equation, Nina Garrity, is hesitant to get involved with anyone because her first husband betrayed and humiliated her by leading a double life, as first husbands are wont to do. When she meets teacher Fitch at her daughter Maggie’s school, he seems to be everything her ex wasn’t: faithful, empathetic, devoted. But is Fitch’s devotion too close to obsession? Are Nina and Maggie in danger from their mild-mannered man about the house?

It’s probably weird to say Jennifer Hillier is now my favorite crime writer about serial killers, but she is (well, in North America, since as long as Scot Val McDermid is writing Tony and Carol novels she will have a special place in my cold, black, shriveled little heart). Hillier has two formidable tricks as a writer: she is very good at finding and communicating her characters’ flaws, which is precisely the thing that makes them attractive victims. She also is very, very good at writing from the criminal’s point of view, so we see the victims not just from the narrator’s point of view but also as they are being stalked and attacked. Put those two talents together and you have a bang-up thriller every time, and Little Secrets is no exception. 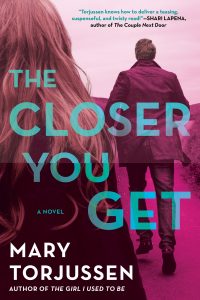 The Closer You Get, Mary Torjussen (Berkley)

In my opinion (and you are reading my column, so it is my opinion you will get) there are not enough folie à deux around, stories about crazy couples plotting crimes and then having lots of, um, breakfast. Mary Torjussen’s Closer takes the notion of a folie à deux and upends it: Ruby and Harry are in love, and inconveniently married to other people. They decide it’s time to leave their respective spouses, but Harry doesn’t go through with the plan. Ruby is left alone, but someone is definitely interested in her, and not in the show up with flowers and ask if he can court her way. This guy is sneaking into her apartment and following her home. Could it be Harry, or is someone else out there a fool for Ruby? 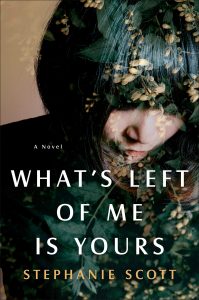 What’s Left of Me Is Yours, Stephanie Scott (Doubleday)

The premise of Scott’s debut is fascinating: In Japan, there is a industry where unhappily married people hire a “wakaresaseya,” literally a breaker-upper, to seduce their spouse so the client has the advantage in a divorce proceeding. In Scott’s book, the wakaresaseya falls in love with his target, and violence ensues. Told from shifting points of view, including the woman who had the affair and her daughter, who is scarred by her mother’s actions, the book becomes a meditation on intimacy and desire. 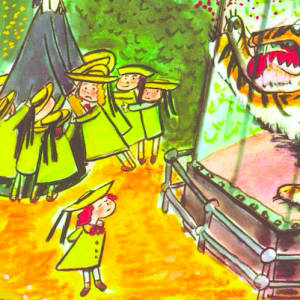 Ludwig Bemelmans, the author and illustrator of the Madeline books and an artist whose paintings often appeared on covers...
© LitHub
Back to top