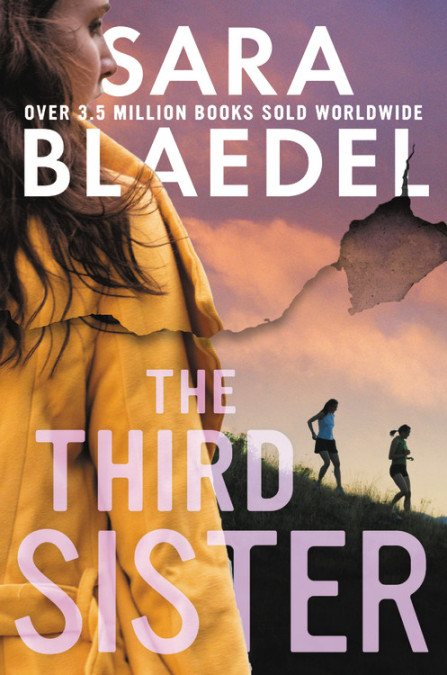 The following is an exclusive excerpt from The Third Sister, by Sara Blaedel. In this conclusion to her Family Secrets trilogy, Sara Blaedel returns to the story of Ilka Jensen, who has inherited a funeral home and discovered a family she never knew existed. Now she must try to track down her father, a man she always assumed was dead, and who she feels has no excuse for remaining absent from her life from so long.

Ilka woke up and squinted against the bright light. The floor was marked by a triangle of sunshine. When she raised her head, she found herself staring straight at an automatic weapon.

“I was beginning to think you weren’t ever going to wake up.” Sister Eileen rose from the chair. “We need to go.”

Ilka was the one who had insisted on staying the night in the funeral home. She rolled onto her side and watched the slender woman disappear through the doorway, the long-barreled weapon dangling from her hand.

She wanted to pull her comforter up over her head and pre- tend that everything she’d heard the evening before was none of her business. Everything. That Sister Eileen wasn’t actually a nun, that her real name was Lydia Rogers, that she’d gone underground and had been in hiding for the past twelve years to escape a death sentence in Texas. She wanted to convince herself it didn’t matter that Artie lay in the hospital, hovering between life and death, because of Sister Eileen—Lydia.

Ilka was the one who had found Artie. Lydia must have had her suspicions, because she’d called and asked Ilka to drive out to his house, but regardless, Ilka had sensed something was amiss when she pulled in, and she’d been right: Lydia spotted him lying on the sidewalk with a black hood pulled down over his head. At first, she had thought he was dead, but she’d detected a weak pulse in his neck beneath the blood streaming down from under the hood.

“They won’t hesitate to kill someone to get their hands on me.”

Later, Lydia had explained that the people searching for her were unscrupulous and dangerous. “They won’t hesitate to kill someone to get their hands on me.”

And Ilka had understood: These people, these killers, were Artie’s assailants.

If Ilka hadn’t found Artie herself, she probably would have thought Lydia was being dramatic. But she had seen him, and she’d waited outside intensive care at the hospital in Racine while they fought to save his life. Lydia hadn’t exaggerated, no doubt about it.

There was another reason she didn’t want to get out of bed. It had been a shock to learn that her father was still alive and, according to Lydia, had also gone underground, and Ilka needed time to let that sink in.

“But he should be the one to tell you about it,” Lydia had said.

She was right about that, Ilka thought. He was definitely the one who should tell her. But finding out he was alive had shaken her, and now she struggled to get everything clear in her head. It was hard to accept that he and Lydia had been ly- ing to her.

Suddenly she shot straight up in bed: She hadn’t inherited the failing funeral home after all, since her father wasn’t dead! Finally, something positive in all the turmoil.

“Are you coming down?” Lydia yelled up the stairs.

Ilka grabbed her jeans off the floor and picked out a clean blouse while mentally going over their conversation from the previous evening.

She’d been enraged because nothing the woman she had known as Sister Eileen had revealed made any sense. The only thing Ilka was sure of was that her father had done it again: He’d run off, and everything he’d left behind had become her problem. Just like back when he left Denmark, leaving her mother alone with the funeral home on Brønshøj Square.

“Where is he?” she’d asked. The question now echoed in her head. Lydia had known he was alive since before Ilka arrived in Racine, and for weeks she’d stood by watching Ilka struggle without saying a word, until she was forced into it.

For what felt like an eternity they’d sat across from each other in silence, while Ilka tried to calm herself down. “In Key West,” Lydia finally answered. Living in Artie’s house, she added.

“So Artie’s known about it the whole time?”

Ilka thought back to the night she’d spent in Artie’s bed. He’d said nothing, even though she had opened up to him, ex- posed the part of herself that missed her father terribly.

But Lydia shook her head. Artie had believed his friend and employer for the past nineteen years was dead, that he’d died while Artie was up in Canada fishing. Lydia was the only one who knew the truth. She’d faked a death certificate by copying a signature from the many certificates the funeral home had handled. And she hadn’t needed to ask Artie for a key to the house in Key West, because she knew it hung on a hook in the prep room.

Ilka had shaken her head in astonishment, but Lydia had refused to answer any more questions.

“He helped me,” was all she would say. Instead she’d warned Ilka again that the men from her past would return, which was why it had been too dangerous for Ilka’s father to stay in the funeral home. And she’d pleaded with Ilka, told her they had to get out of there too.

None of this felt plausible to Ilka, and finally she’d stood up and announced that she was tired, she needed to think, and she was going to bed. Too much had happened. She wouldn’t give in and agree to take off at once, even though the fear in Lydia’s voice had made her skin crawl, on top of the shock of knowing her father was out there somewhere. She’d rolled into bed praying that all this would somehow disappear during the night. Or at least not feel as horrifying when she woke up.

But it was every bit as bad today. In fact, she’d half expected the sister would be gone when she woke up. The sister— Lydia—yelled up at her again.

Ilka pulled on a sweater and buttoned her pants, then she dragged out a weekend bag from under her father’s bed. She jammed some clothes into it and grabbed her toiletry bag from the table. She had no idea how long it took to drive to Key West, but she was ready to go. 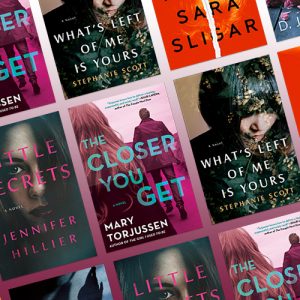 5 Psychological Thrillers You Should Read This April Hello, self-isolating psychological thriller readers. Has being cooped up with the family made you question if your spouse...
© LitHub
Back to top