A look at the month's best crime nonfiction.

These are boom days for writers and readers looking for thoughtful, hard-hitting stories about real-life crime. Whether you’re in the mood for a high-octane page-turner, an investigation, or a penetrating memoir, chances are there’s a book (and many a podcast or docu-series) out there for you. Every month, we round up the best new crime non-fiction with recommendations from CrimeReads staff. Here are the selections for June 2020: 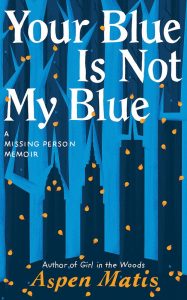 Aspen Matis, Your Blue Is Not My Blue (Little A)

Matis met her future husband, Justin, while both were thru-hiking on the west coast, a formative experience for both that came to mark their relationship. Three years into their marriage, Justin left for a friend’s funeral; he never came back. Her memoir, Your Blue Is Not My Blue, is an intense reflection on the search for her partner, and for the slow-revealing truth about their relationship. Matis writes poignantly and powerfully about the shattering of her world and her investigation into what was left after collecting the broken pieces. 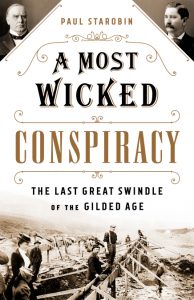 Paul Starobin, A Most Wicked Conspiracy: The Last Great Swindle of the Gilded Age (PublicAffairs)

Starobin tells the story of Alaska’s early frontier gold-mining days as a relentlessly compelling and fascinating tale of greed, corruption, and working class defiance. At the story’s center is “Big Alex” Mackenzie, a political boss from the Midwest who went to Alaska to rob the state of its gold, with the complicity of politicians across the country. Starobin’s eye for historical detail is spot on, but even more than that he has a way with drama, building the suspense as a band of miners, lawyers, and judges fight back against the political machine’s corrupt plans. 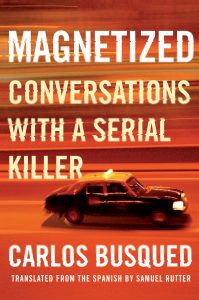 In 1982, four taxi drivers were murdered in Buenos Aires. The killings traced back to one man, Ricardo Melogno. Melogno was sentenced to prison and, thirty years later, agreed to a series of long discussions with author Carlos Busqued. The result of those conversations is one of the most unsettling, penetrating books in quite some time. Melogno describes his crimes with a chilling matter-of-factness, and at times Busqued pulls out startling insights from the man’s deeply disturbed mind. This is a book that will subtly haunt its readers. 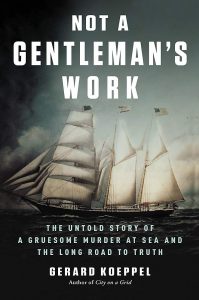 Gerard Koeppel, Not a Gentleman’s Work: The Untold Story of a Gruesome Murder at Sea and the Long Road to Truth (Hachette)

Koeppel relays a fascinating account of one of nineteenth century America’s most shocking murders, one that left a dark legacy in the field of maritime law and nautical crime. The Herbert Fuller left Boston in 1896, bound for Buenos Aires, with a relatively small crew. Shortly after, its captain, his wife, and the second mate were murdered. Upon returning to Boston, the crew was detained, ultimately a mixed-race first mate was charged with the crimes, but another member held onto a dark past obscured by his family connections. Koeppel handles the complex story with skill and a keen eye for historical detail and modern-day resonances. 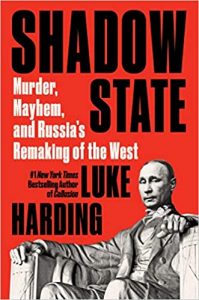 Harding offers up an unnerving primer on modern-day Russia’s intelligence tactics, its disruptive influence around the globe, and its leader Vladimir Putin’s designs on chaotic world events and Russian enrichment. The events are in the individual disturbing; taken together they paint a chilling picture of havoc and corruption. Harding is a British journalist, formerly a correspondent working in Russia whose reporting led to his banishment from that country. 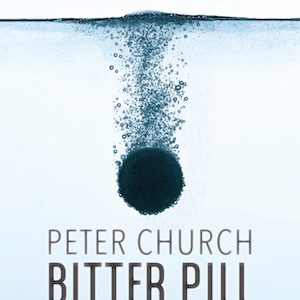 THE EXECUTIVE Usually, Julian Lynch played golf on a Thursday. His regular fourball always teed off at Steenberg just...
© LitHub
Back to top