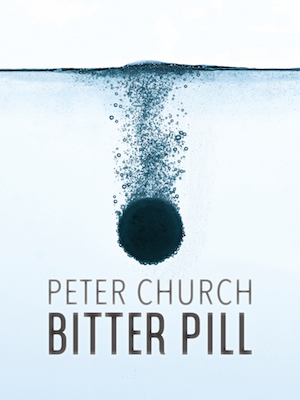 The following is an exclusive excerpt from Bitter Pill, by Peter Church, the second installment of his Dark Web trilogy. In Seattle, Carlos De Palma begins experimenting with a dangerous virtual reality technology, while in Cape Town, the police refuse there is a ring of bartenders drugging and then delivering women to men. Meanwhile, college student Robbie is about to discover a dark underworld, worse than he could have imagined.

Usually, Julian Lynch played golf on a Thursday. His regular fourball always teed off at Steenberg just after lunch; it was one of the highlights of his week and it necessitated a busy morning in the office to free up his afternoon.

Today, though, he’d left work just before ten o’clock without telling his secretary where he was going.

His secretary, a plain-looking girl by the name of Christine, had noticed his choice of an open-neck short-sleeve shirt rather than the usual white or pale blue monogrammed shirt and tie. “Casual day?” she’d joked when he arrived. But he hadn’t answered.

Christine was unlikely to advance her career much beyond administer- ing basic clerical duties and she was content with that fact. Now, with her boss apparently gone for the day, she stole into his office, careful to shut the door behind her, and switched on his computer to consult his online calendar. For some reason, he’d always refused to synchronize his calendar with hers, an irritating habit that regularly left her appearing misinformed as a result—and served as justification for her habits of sneaking through his files.

Lynch’s Windows password was “Holly”; she’d used it often. She opened Outlook and then checked his calendar.

That was odd, Christine thought. Surely Lynch’s daughter would be at school?

Their relationship was formal, yet relaxed enough. His instructions were always clear, his conduct professional. He followed a set routine and answered all his own emails. She knew about his divorce, though not from him, and she knew not to ask about his personal life.

But she did wonder.

She scanned Friday, which listed the weekly management meeting, then closed Outlook. On impulse, she clicked on Internet Explorer and checked the history of sites visited. She had snooped on her boss many times before. As usual, his history was blank. Did he even use the Internet?

Under cross-examination from other staff, Christine would always de- fend her boss. She was that type of assistant. He had a right to privacy, she’d say, which was ironic given her own inquiring tendencies.

And then she’d wonder why he never had a girlfriend.

It had occurred to her that he was gay, and that perhaps that’s what ended the marriage—but she’d laughed at the thought. He…didn’t look after himself well enough.

He was unusual-looking. Tall and thin with scraggy hair. A slim, lanky version of Ozzy Osbourne, she’d decided once. Except for the smile. And that voice which always maintained its single pitch—almost a monotone. Different glasses too. She’d always wanted to date a rock star, but couldn’t quite imagine Julian Lynch with a black vest and a rat on his shoulder.

Lynch’s desk telephone rang.
“Hello, Julian Lynch’s phone,” she answered.
“Lynch.”
No niceties. She recognized the voice of one of the Johannesburg directors.
“He’s not in, Mr. Kenwood.”
“Get him to phone me.”
The call went dead. That was Premier Marque, Christine thought.

Kenwood knew exactly who she was but couldn’t be bothered to greet her, just assumed she’d know who he was. She scribbled down a quick message and left it neatly on Lynch’s keyboard. He was in demand; some- thing about an offshore scheme involving all the directors. She liked it when he was in demand.

Christine swiveled on Lynch’s worn leather chair and wondered if he was coming back to the office before golf.

After three years, Christine still couldn’t decide whether she liked him or not. She certainly thought about him a lot; told herself it was because she admired his love for his daughter.

She flicked through the unopened correspondence in Lynch’s in-tray, recognized the bimonthly VAT return; a Post-it attached included a note in the distinctive ink of Lynch’s fountain pen: “Contact Sonya from SARS.” She didn’t know who Sonya was.

Outside of work, her boss was very predictable. He had his golf and he had his young daughter, Holly. He never revealed any other clues to his private life, just his tee-off times at Steenberg and news about Holly. When he spoke of her, it was the only time his voice lifted out of the monotone range.

Not that he offered up information. Like blood from a stone, Christine would tell her colleagues in frustration. But when she wanted to see that he was human, she’d point to the glass-framed photo of Holly on his desk and ask after her. And Lynch would lower his pen and raise his head and smile, and then tell her about Holly playing netball or Holly and her friends or Holly’s latest school-concert performance. She remembered the way he’d described Holly’s arched hands while she played the piano. And then he would smile again and get back to his work, and Christine would smile too and return to her desk, satisfied.

Lynch’s previous secretary still worked for the company and Christine had once asked her opinion of him. She’d said the same: nice-ish, consistent, private. “Impenetrable” was the word she’d used. She’d known the attorney who handled Lynch’s divorce; said it had dragged on for ages. Holly had been an infant; the wife had blocked Lynch from seeing his daughter.

From time to time, Christine scanned Lynch’s emails, but there was never anything interesting. He must have another computer at home, she figured.

On another occasion, she’d asked him whether he wanted to join her and a group of friends at the Waterfront for drinks after work. He’d looked up at her and flashed a smile, pink gums visible as if his teeth were too short. She’d thought he was pleased and about to accept, but he returned to his work and shook his head without reply.

Now he was gone for the day and he’d left her with nothing to do. Holly.
Perhaps there was something at the school. But he’d never put her name in his calendar before.

Leaning back in his chair, she remembered that moment when he’d turned down her offer for drinks. And if he had said yes? she wondered to herself. What might have happened then? What if they’d ended up talking casually at the bar? What if, with the courage of a drink or two, she could have got him to open up to her? What if all he needed was some human comfort and in a moment of madness, they got a room together?

Christine laughed out loud at the thought. She’d never had much luck with men. She closed down Lynch’s computer, took a moment to compose herself, and returned to her desk to play solitaire.

Meanwhile, outside the grounds of St Augustine School for Girls in Claremont, Julian Lynch parked his red BMW and checked the time on his Rolex. Ten past ten. In five minutes he’d hear the bell ring and the girls would filter out into the grounds for first break.

He hoped to catch a glimpse of Holly.

He needed to see her.

Bone, Blood & Bigots: On 'The Liberation of L.B. Jones' 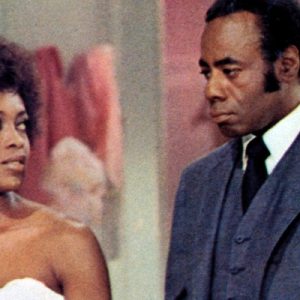 Bone, Blood & Bigots: On 'The Liberation of L.B. Jones' Two days after witnessing the senseless death of George Floyd under the knee of brutal Minneapolis policeman Derek Chauvin...
© LitHub
Back to top