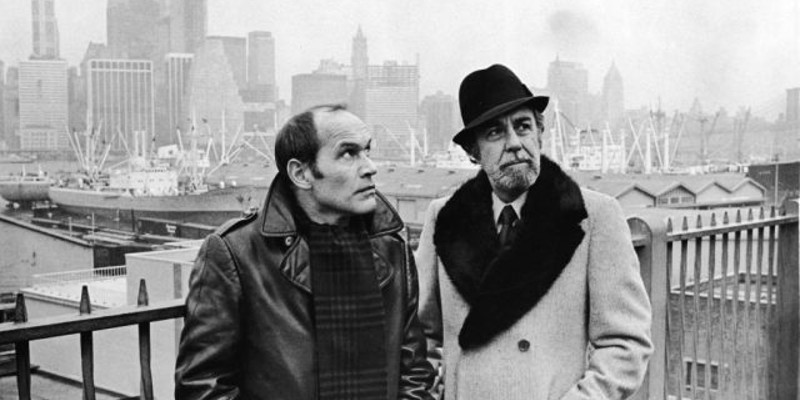 50 Years Later, Looking Back at the Real-Life Crime Network That Inspired The French Connection

For several years in the mid-nineties I lived in Vientiane, the then crumbling, sun bleached capital of Laos. The country was just opening after decades of isolation following a nominally communist takeover in late 1975, the aftershock from the fall of Saigon and Phnom Penh several months earlier. Never formally part of America’s hostilities in Indochina, Laos was referred to as the Secret War, in which the Vietnamese backed Pathet Lao fought against the Central Intelligence Agency and its local proxies, supported by the US
air force, which dropped so much ordinance, it left Laos the most bombed country in history.

Laos still felt incredibly isolated and impoverished in the early 1990s. Vientiane had a small expatriate population, a select few of whom had arrived before the regime change and managed to stay on since. One of them was an old Corsican by the name of Joseph Pantalacci, who owned a restaurant tucked away on a side street in the capital. I remember him as a portly man in his late seventies, always dressed in a white shirt and suspenders, with thick black rimmed glasses. He had a large house on the banks of the Mekong with its own private jetty and the rumour around town was that he was unable to leave Laos due to unspecified complications.

Pantalacci was not the only enigmatic long-term Westerner in Vientiane. But a particular aura of mystery surrounded him. He was probably the last remaining member in Indochina of a group of Corsican nationals who had come to Saigon with the French colonial forces in the 1930s. By the time his tour of duty was over, France was occupied by the Nazis, so Pantalacci stayed and eventually ended up in Vientiane in the late 1960s, just as the country was being drawn into the Vietnam War. The close-knit Corsicans, whose numbers in Indochina were swelled by those who stayed behind after the French defeat in North Vietnam in 1954, had the reputation for being deeply involved in the illegal opium trade, as well as prostitution and smuggling gold and illegal currency. Alfred W. McCoy’s seminal 1972 book, The Politics of Heroin in Southeast Asia, which was required reading among expat circles in Vientiane, noted that before 1975 the Corsicans started small charter airlines, colloquially known as “Air Opium” for their involvement in the drug trade. They flew opium grown in Laos to drug laboratories in Saigon’s Chinatown, where it was refined into heroin and smuggled into Europe, the US and Canada.

I thought about Pantallaci as I re-watched William Friedkin’s 1971 film, The French Connection recently. The story of two New York City narcotics cops who follow a hunch through the winter streets of Brooklyn, culminating in a multi-million-dollar heroin bust, it made a wunderkind of Friedkin and provided break out roles for Gene Hackman as “Popeye” Doyle and Roy Scheider as Buddy “Cloudy” Russo. They were helped by a strong supporting cast, including the Spanish actor Fernando Rey as the Marseille based heroin trafficker Charnier, nicknamed “Frog One,” and French born Marcel Bozzuffi as his ruthless enforcer, Nicoli.

Like every film, The French Connection drew on what had come before it. The inspiration of Peter Yates’s Bullitt (1968) is particularly clear and Friedkin has acknowledged the stylistic cues he took from Costas Gavras’s 1969 Greek political thriller, Z. Reaching back further, there are also the trace elements of the uncompromising, hard driving cops of film noir, Glenn Ford’s Dave Bannion in Fritz Lang’s The Big Heat (1953) being just one example. But there was so much in The French Connection that was new and different; grittier, more uncompromising, in parts more realistic than so many previous Hollywood cop films. It remains one of the earliest and most visceral examples of the body of 1970s American cinema in which New York was depicted as a city on the brink of complete chaos. On my most recent re-watch I was particularly struck by the film’s sense of constant movement. Complemented by Don Ellis’s jazz score, this involves not just the still jaw-droppingly good extended sequence when Doyle chases Nicoli, but the rolling stakeouts, the foot chases, the 24/7 sense of criminals and cops moving around New York on their business.

The script by Ernest Tidyman, whose fictional creation, Black New York detective John Shaft, had hit America cinemas a few months earlier, was an amped up version of a 1969 nonfiction book by Robin Moore. Moore’s book told of a 1962 case in which two NYPD detectives, Eddie Egan and Sonny Grosso, tailed a low-level Mafia operative, leading them to what was at the time the biggest drug bust in US history, 64 pounds of pure heroin hidden in a Buick Invicta imported by a visiting French actor, Jacques Angelvin. Off the force by 1971, Egan and Grosso were technical advisors on Friedkin’s film, one reason for its air of realism, and appeared onscreen. Egan was Doyle and Russo’s long-suffering boss, and Grosso played another Narcotics cop. For both men, it was the start of lengthy careers—Egan died in 1995 and Grosso in 2020—as cops on the large and small screens.

Charnier was based on the Corsican drug kingpin Jean Jehan, who convinced Angelvin to smuggle the heroin into America. Jehan’s underworld career began in the years after World War II, when Corsican mobsters made an alliance with American crime figures to rebuild the pre-war heroin trade, known as the French Connection, largely dismantled by the Nazis. The opium was mostly grown in Turkey, refined into heroin in Lebanon and then shipped to the southern French port of Marseille. By some accounts seed money for the operation was stolen from the French Vichy regime during the German occupation. Money and protection were also provided by the CIA and French intelligence in return for the Corsican’s help in eradicating communist influence on the Marseille waterfront. At one stage in the 1960s, this trafficking operation was responsible for feeding as much as 80 percent of American’s heroin habit.

Frog One vanishes at the end of The French Connection, only to be dispatched by Doyle who has pursued him to Marseille, at the conclusion of John Frankenheimer’s underrated 1975 sequel, French Connection II. Jehan was never arrested for the New York bust nor any of his ongoing trafficking activities, and reportedly died peacefully of old age at his home in Corsica. Friedkin claimed Jehan’s activities in the French resistance during the war were enough to give him immunity from prosecution while he was alive. Whatever the case, infighting amongst the Corsicans, political pressure on Turkey as a supplier of opium, and improved cooperation between US and French law enforcement led to the break-up of the French Connection operation in the 1970s.

The heroin trade was changing, even as Friedkin’s film was wowing US audiences. The Golden Triangle, the 950,000 square kilometre stretch of territory bordering Laos, Thailand and the country that was then called Burma, had produced opium since the 1930s, particularly the mountainous, heavily forested areas of northern Laos. McCoy claims that from around 1971, heroin processing laboratories in Marseilles were switching from Turkish to Southeast Asian morphine base. He also details the CIA’s growing involvement from the late 1960s in encouraging ethnic Lao hill tribes to grow opium in return for their assistance in fighting communists. In addition to the Corsicans, there were also claims opium was transported to Saigon in planes owned by the CIA’s airline, Air America, which was deeply involved in facilitating the secret war in Laos.

McCoy even recounts the details of a 1971 gathering similar in style to the infamous organised crime conclave in the upstate New York town of Apalachin in 1957, when Corsican syndicate leaders from Marseilles, Saigon, Vietnam, Phnom Penh, and Vientiane met with representatives of the American Mafia at Saigon’s Continental Hotel. The Mafia, McCoy claims, had followed the expanded US troop presence in Vietnam in 1965. ‘Like any group of intelligent investors, the Mafia is always looking for new financial “frontiers” and when the Vietnam War began to heat up many of its more entrepreneurial young members were bankrolled by the organisation and left for Saigon. Attracted to Vietnam by lucrative construction and service contracts, the mafiosi concentrated on ordinary graft and kickbacks at first, but later branched out into narcotics smuggling as they built up their contacts in Hong Kong and Indochina.’

I never had the courage to quiz Pantalacci about his background. Vientiane was a small place and it paid not to pry if you valued your visa. I was especially cautious as I was filing articles illegally under an assumed name for the Bangkok English language press—no Western journalists were allowed to be officially based in the heavily controlled country. I also clearly remember the word from people familiar with the city’s deceptively efficient internal security system, whose operatives had been trained by the Vietnamese and East German Stasi, to be cautious in relation to inquiries about Pantalacci. You didn’t stay on in Laos as a Westerner after the revolution and for all the years since without powerful connections. If I’m honest, nor did I want to jeopardise my continued access to the best French steak tournedos in town at his restaurant.

But after I’d decamped Vientiane for Hanoi, a friend, Greg Torode, who worked for the South China Morning Post newspaper did interview him. In the article, Pantalacci claimed he had never had anything to do with Corsican crime groups. ‘“Some of them were wild men… crazy, too much wine and too much women. Me, I can’t even speak Corsican now,” he says, a diamond flashing from a big gold ring marked “JP”.’ There was never anything to directly tie Pantalacci to criminal activities and maybe he was just an old guy who wanted a quiet life. Torode wrote, ‘He sits night after night in his restaurant in Vientiane softy shuffling a deck of cards and joking with his Lao waitresses … “The whole town calls me Papa,” he says.’ Whatever secrets Pantalacci had went to the grave with him when he died several years ago. His restaurant was closed and has since been demolished. 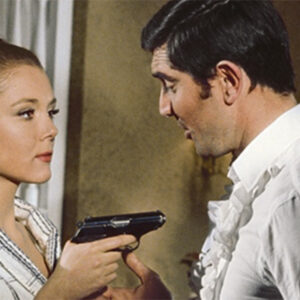 The release of No Time to Die marks the retirement of Daniel Craig’s James Bond, a man made taciturn and morose due in part...
© LitHub
Back to top