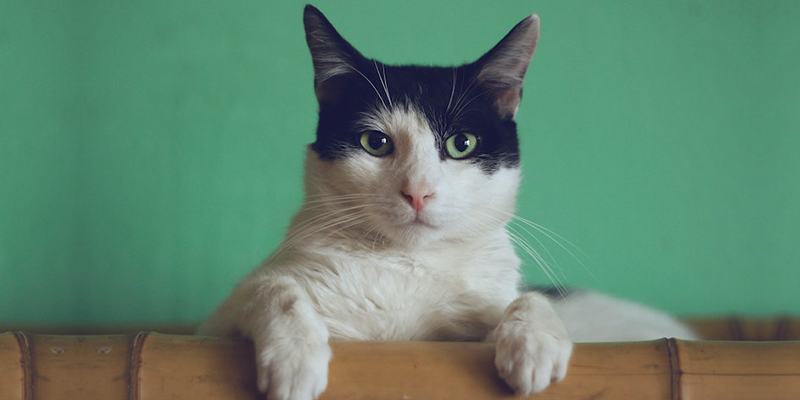 In these series, cats are the real sleuths, and humans are just there to do their bidding.

It’s no secret that cozy mysteries often feature cats. They’re the trusty side-kicks, the comic reliefs, the silent partners with noses dewy for crime. Rarely are they the protagonists though. That role is saved for the sleuthy humans with their dual legs, lavender lattes, and marvelous penchants for snooping. Yet, as much as I love these mysteries with their human protags and perspectives, as an animal lover, I always find myself wanting to know more about the cats. Perhaps it’s because I’ve realized that when they bathe they’re actually doing laundry, or because during food time they all have the vocal ranges of Pavarotti, but I’m curious to experience the world (and the mysteries) from the cat’s point of view, not just the human’s.

That’s why I wrote my novel, Cold Snap: A Viking Cat Mystery, from the cat’s perspective. Bijou, a loveable, plucky (and often hangry) Norwegian Forest cat, has a long history of brave Viking ancestors. So when a murder shocks her peaceful mountain town, she can’t help but dive paws-first into solving the crime. Writing this book was such a humorous romp it made me want to find other cozy mysteries written from a cat’s viewpoint. Luckily I did, and I’ve listed them below so that more of us might enjoy our mysteries from a whiskered perspective. 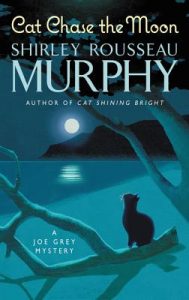 The Joe Grey mysteries are so popular that Cat Chase the Moon is the 21st book in the series! A colorful mix of mystery and humor, the book follows clever feline PI, Joe Grey, and his family as they simultaneously track down his kidnapped kitten and solve the mystery of a woman beaten and left for dead beside an open grave. I love the complex plot Murphy weaves and of course, as a cat lover, Joe Grey and his partner, Dulcie, are irresistible. Through them, the reader truly experiences a cat’s-eye view that’s both whimsical and wise. 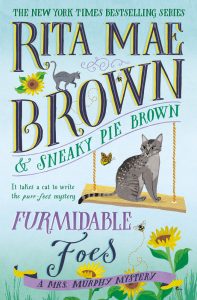 If you love cozy mysteries and cats, I’m ready to bet you’ve heard of Rita Mae Brown and her long-running Mrs. Murphy series (co-written, of course, with her cat, Sneaky Pie Brown). While technically Mrs. Murphy and her animal friends are the sidekicks of the human protag, Harry, the reader experiences their viewpoints nearly as much as Harry’s. Mrs. Murphy banters with the other animals and they all share their opinions about the mysteries and the humans that surround them. In Furmidable Foes, Mrs. Murphy and her coterie must hunt for a killer after a woman drops dead at a charity auction, poisoned by a fatal plant. Get some tea (or whiskey) and settle in for a purrfect evening. 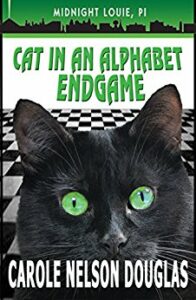 Midnight Louie is a proper feline sleuth. So proper he’s had 28 books written about him and he’s never failed to entertain! Told entirely from his perspective, Louie prowls the streets of Las Vegas, solving crimes with his Cat Pack and befriending a few lucky humans—his roommate and PR powerhouse, Temple Barr, topping the list. In Cat in an Alphabet Endgame, Louie and his pack must thwart an international terrorism plot and help Temple untangle her very own love triangle, ultimately choosing the man she’s going to marry. 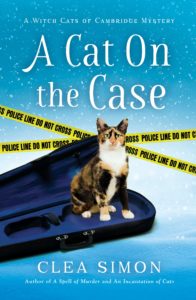 A Cat on the Case, Clea Simon

Similar to Rita Mae Brown’s Mrs. Murphy series, the cats in Clea Simon’s Witch Cats of Cambridge books aren’t the main protags, but the reader gets to delve inside their heads as they have loads of dialogue and express their thoughts and opinions on just about everything. In A Cat on the Case, a strange girl comes into Charm and Cherish, a New Age shop in Cambridge, Massachusetts where Becca (the protagonist) works. She leaves behind an old violin and soon Becca and her three magical cats, Laurel, Harriet, and Clara, are pulled into a dangerous mystery where nothing is as it seems. Readers will enjoy the personalities of the three cats, which are wickedly smart! 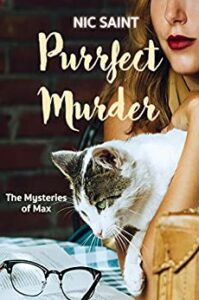 Purrfect Murder is book 1 of 41 in the Mysteries of Max series and for cat lovers, it doesn’t disappoint. Max may look like an ordinary orange floof ball, but he’s a special feline. He can communicate with his human, Odelia Poole, a reporter for the Hampton Cove Gazette, and he takes a keen interest in the humans of his town. In Purrfect Murder, the body of a best-selling writer is found buried in an outhouse and Max and Odelia suddenly find themselves tangled in a mystery that will test them to the limit. Max narrates the entire story and his voice is refreshing and quirky. 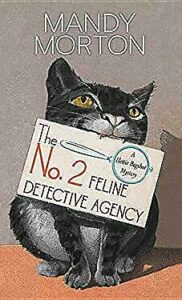 With the Hettie Bagshot mysteries, Mandy Morton has created a wonderfully imaginative cozy mystery series featuring cats only. Hettie Bagshot is an entrepreneurial tabby who’s given a case just as soon as she’s launched her No. 2 Feline Detective Agency. Three bodies have been snatched from the pet graveyard, Furcross, and Hettie must discover who’s responsible before more bodies disappear. Morton has created a world entirely without humans and I think many cat lovers will delight in opening her book and entering it. 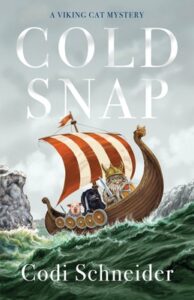 Codi Schneider was raised in the snowy mountains of Colorado on a steady diet of books. She is a mystery-loving animal enthusiast who, when not writing, can be found traveling the world on horseback. She lives in Denver with her husband, two horses, and a cat who is not a Viking but a lover of REM sleep. Her latest mystery, Cold Snap, is now available.

Looking Back on the Magical Mystery Series Pushing Daisies 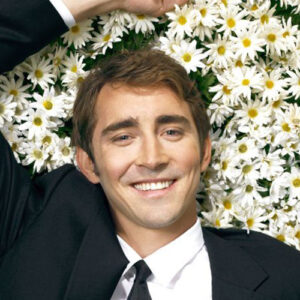 Looking Back on the Magical Mystery Series Pushing Daisies

This essay, much like its subject, is imbued with the desire to wake the dead. Pushing Daisies, Bryan Fuller’s strange,...
© LitHub
Back to top