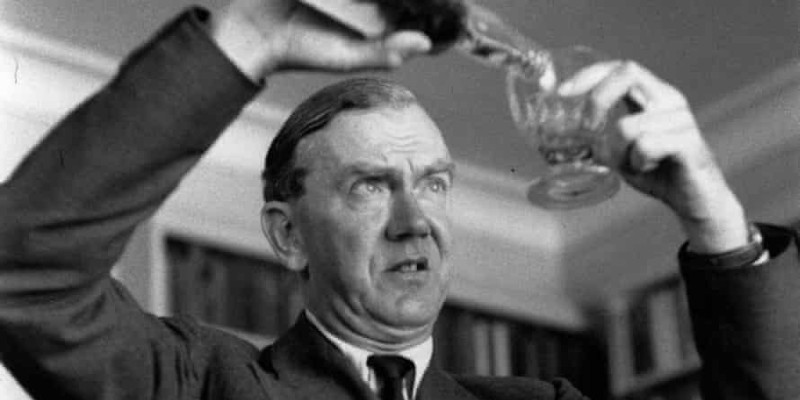 In Brighton Rock, all the novelist's formidable tools are on display.

Matthew Arnold suggested the best method of judging the excellence of literature is the amount of time it has survived. There is no greater proof of this touchstone for a novelist than Graham Greene. His books are still selling, often in terms much greater than newly published books that get intense media coverage. His books are read with enthusiasm and taken seriously. It is surprising that many of his contemporaries, many Noble prize winners included, are simply vanishing into the past, while the books of Greene not only endure but thrive.

For the modern novelist, these facts demand attention. In practical terms, in the method or craft of producing these novels, just what did Greene do? What aspects of storytelling have produced such long-term vitality?

I think there are a number of definite matters of skill that can be learned. It is impossible for me to suggest the amount of time I have spent brooding about this while writing 15 novels, since, of course, when I am in trouble with a book, I religiously turn to Greene for help. And since writing a novel is one long train wreck, I turn to him often.

The first item in Greene’s story telling is a sense of place. One of the failures of the novel in the modern age is that locations of a novel often seem generic, even when the location is specific, such as New York City or some rural setting (“the city,” “the country”), but with Greene the details of the physical world of his novels are so constant, so informative that we have the notion that we have been to the places Greene describes.

Brighton Rock is a perfect example of this. In the beginning, after the perfect first line, “Hale knew, before he had been in Brighton three hours, that they meant to murder him,” we get details of Brighton. These are frank, clear, simple matters, such as the crowds, the mood, and the physical appearance of Brighton: “the new silver paint sparkled on the piers, the cream houses ran away into the west like a pale Victorian water coulour; a race in miniature motors, a band playing, a flower gardens in bloom below the front, an aeroplane advertising something for health in pale vanishing clouds across the sky.”

These details validate the existence of Brighton in a way that is almost cinematic, but they do something else, too, which is that the accumulation of them have their own mood, their own emotional quality, which has an increasing power, if only because of the way they add up to a vision of a place. It is a matter of Greene making a partnership with the reader, in that he makes a variety of wink between himself and his audience. It is as though he is saying, “I know what this means, and you do, too, and so we don’t have to say it.”

For instance, on the streets of Brighton, Greene mentions a band of blind musicians. The effect of this is a surprise, and it is not enough for Greene just to drop this in and to let it go at that. The skill here is in a validating detail. The blind men are walking down the street, and a lesser writer wouldn’t recognize the chance to go further. But Greene does this. He includes the fact that as the blind men go down the street, they put a foot against the curb to navigate.

Not only are we surprised, we believe in the blind musicians all the more, because it has been vetted by those shoes touching the curb, which in addition to making this believable are evidence of something else. This is that Greene keeps the narrative distance short. We are close to the action, and this is done by the constant use of the physical details.

For instance, we have the physical presence of the life of the pier and the town, as encoded in the shooting, peep shows, itinerant photographers, and tea shops with “anchovy sauce” on the table.

The physical world has another aspect, which is to invoke the unstated. We know, but it is never mentioned, that Brighton is a vulgar, vital, violent, ugly place, with all of the larger matters, like the difference in class and the existence of poverty. Greene never comes right out and says these things, and the skill here is to encode such opinions in the details and to let the reader feel the presence of this setting.

The next aspect of Greene’s skill is that he first makes the reader hungry to see or know something. He then satisfies that hunger. And the really critical item in this is that while the hunger is satisfied, at the same time it is increased for the next need for satisfaction. This hunger is invoked and satisfied with exquisite economy of detail. And while doing this, Greene constantly makes room for the reader, which is a way of saying Greene makes sure that reading this book includes, as an imaginative presence, something like a text of the reader’s understanding. The pleasure is Greene’s constant, unstated comment to the reader which is, “You and I are in this together.”

For instance, the first hunger is initially set up in the first line about Hale knowing “they” were going to kill him. Of course, as readers we want to know who is going to do this. That’s the hunger, the need to know.

It is satisfied this way. Hale looks for company, or a companion, since he thinks that if he has people around him, “they” won’t do their work. While Hale is in the pub and is looking at a vital, middle-aged woman, we have this:

“A boy of about seventeen watched him from the door—a shabby smart suit, the cloth too thin for much wear, a face of starved intensity, a kind of hideous and un-natural pride….”

We instantly know that this is the adversary, the danger, even though Greene hasn’t said a word. We experience this as recognition of the circumstances, not as the result of having something asserted. This is a critical difference, in that Greene knows the difference between the reader’s recognition and the author’s assertion. When he has a choice, he always goes for the reader’s recognition. Yes, in the satisfaction department, the reader recognizes that the enemy has arrived, but in a new hunger we want to know what this ominous creature is going to do.

The high point of Greene’s economy of detail comes in the method he uses for letting us recognize character. Pinkie is a good example, but Rose is, too. For instance, with Rose, her experience, or the mood of her youth is summed up in one detail. She says that she doesn’t have much knowledge of newspapers since her family couldn’t afford one. Where Pinkie is concerned, we recognize him in such details as his causally tearing the wings off a fly, his delight in keeping a bottle of vitriol in his pocket to use as a threat, and how, for instance, he appears in an interview with a gangster in a high-end hotel. His suit still damp from being pressed, his fascination with the gangster’s gold lighter, hopelessly out of his depth. Another detail in our recognition of Pinkie is the recording he makes on the pier to give to Rose in which he says devastating things about her. In fact, this touch provides a Chekhov ending, which is that the drama bleeds off into the future. We know that one day Rose will find a record player to listen to this bomb that Pinkie has left her. When I read Greene these days, I take as much pleasure in watching him work as in the result of what he does. And what he does is to make sure the physical world is so encoded in details as to be experienced by the reader, to make sure that the drama is recognized rather then being asserted, and where characters are concerned, Greene invokes them with economy of detail and by allowing the reader a continual sense of recognition.

Of course, it is true that Greene’s books are still being read, but I think this isn’t a matter of some unexplained kink. Instead, this lingering popularity is a matter of a novelist using his skills in a way that is at the heart of all good fiction writing. Greene knew that the most important person in a story is not the character, not the author, but the reader. 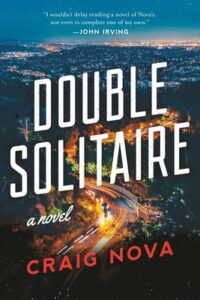 Craig Nova is the author of fourteen novels, which have been translated into 10 languages. He has had an Award in Literature from the American Academy and Institute of Arts and Letters, a Guggenheim Fellowship, the Harper-Saxton Prize (previous recipients have been James Baldwin and Sylvia Plath), multiple awards from the National Endowment for the Arts Fellowship, and other prizes. His short fiction has appeared in the Paris Review, Esquire, The New York Times Magazine, Men's Journal, Best American Short Story series, and other publications. As a screenwriter he has worked for Touchstone Pictures (a division of the Walt Disney Company), Amblin Entertainment, and other producers. A film was made in 2018 from his novel, Wetware. Nova is a Distinguished Professor of the Humanities at the University of North Carolina in Hillsborough. 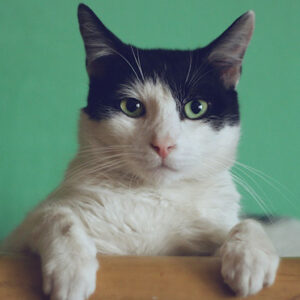 It’s no secret that cozy mysteries often feature cats. They’re the trusty side-kicks, the comic reliefs, the silent partners...
© LitHub
Back to top