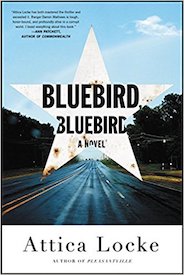 Locke, a writer on the soapy rap music TV drama Empire, shows her versatility in her restrained crime fiction. Where her previous books were set in her native city of Houston, Bluebird, which inaugurates a new series for Locke, takes place in the small towns of East Texas, where her hero, African-American Texas Ranger Darren Matthews hails from. Matthews is an engaging character who will make a great series protagonist: caught up here in the dual allegiances of the Rangers and his race while trying to solve the murders of an African-American lawyer and a white woman, his history and his intellect make him a pleasure to read about. 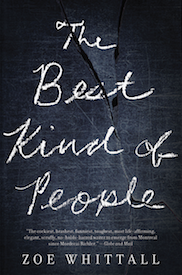 What happens to the family of a beloved high school teacher after he’s accused of sexual misconduct with his students? Wittall’s excellent novel is a lesson in the aftermath of a crime, or more accurately, an accusation. George Woodbury is considered a hero by his native town of Woodbury Lake (which was named for his ancestors). He foiled a shooting years before at the school where he teaches science, the exclusive Avalon Prep; his daughter Sadie is also a student there. So when allegations arise after he chaperoned a school ski trip his family is left bewildered and angry. His wife, Joan, as well as Sadie and her older brother, Andrew, all deal with George’s predicament in their own ways in Wittall’s compassionate and compelling novel. 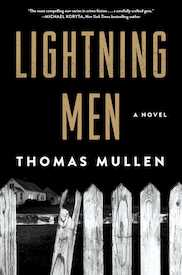 Continuing the story of the first African-American police officers in Atlanta, Mullen’s book strikes a frighteningly current note in its exploration of the racial politics of the 1950s. African-American officers Lucius Boggs and Tommy Smith are trying to keep drugs and other contraband out of “Darktown” (also the name of the first book in this series). Meanwhile, white officer Danny Rakestraw is concerned that his brother-in-law might be among the Klansmen responsible for both an attack on a white banker in a neighboring city and the assault of a black man in a neighborhood painfully undergoing integration. Mullen is particularly adept at using his characters’ musings and interactions to fill in the history he explores here. 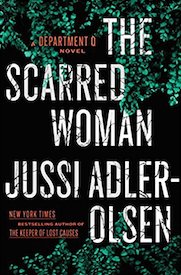 Anyone who isn’t reading Adler-Olsen’s Department Q series should remedy that unfortunate state of affairs by picking up Woman, the seventh book about Copenhagen’s cold case division. Headed by crusty detective Carl Mørck, Department Q is a ragtag gang of officers who excel in solving cases the regular police have abandoned. This installment has some particularly compelling female characters, including the troubled Rose, the Department’s crack administrator. It also features perhaps the ultimate Nordic noir villain: a social worker with a serious vendetta against her female clients. 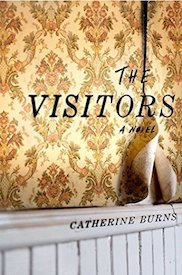 The Visitors is an insidious, creepy novel, with a slow burn that leads to a horrifying revelation. Marion Zetland, the protagonist, thinks so little of herself she barely interacts with the outside world, spending all of her time in her family’s dilapidated house and still sleeping with her stuffed animals. She lives with her domineering brother, John, who takes care of the quotidian necessities of life: the shopping, paying bills, etc. But when John is in an accident and Marion is left on her own in the house, she discovers a devastating secret he’s been keeping from her. This causes Marion to start taking action to transform herself into a independent woman and to try to remedy the evil John has brought into their home. 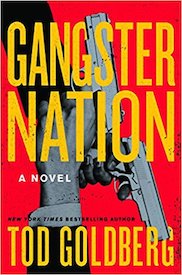 September is so chock full of great novels that we had to add a bonus book. Gangster Nation is the sequel to Goldberg’s acclaimed 2014 novel Gangsterland, which told the story of former Chicago hitman Sal Cupertine’s transformation into Las Vegas Rabbi David Cohen. Cupertine’s major screwup—he killed three FBI officers and an informant—necessitated his leaving Chicago and his family for an unusual new identity overseeing a congregation in the well-heeled Vegas suburb of Summerlin. The pleasure of these books comes from the critique of institutions Cupertine/Cohen sees all around him as a criminal turned confidante. Not only religion but family (what is the mafia if not a family?) and community are dissected in Goldberg’s sharp satires, which also happen to be excellent crime novels. 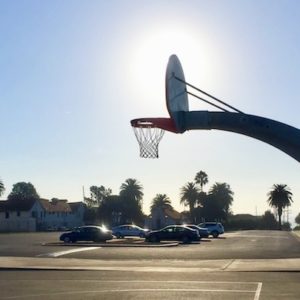 “If you identify more with the city of Los Angeles than the movie industry, it’s hard not to resent the idea of Hollywood,...
© LitHub
Back to top