Sometimes the World is Dark Enough As It Is

We’re used to fiction being ripped from the headlines. A basis in reality guarantees authenticity, or so the thinking goes, and after all novelists need to find their inspiration somewhere. But what about the inverse? There’s something unnerving about the rare instance when fiction seems to intrude on the news, and so we tend to resist finding echoes of our made-up stories in real-life tragedies that follow. Except, that is, when it comes to crime, especially when the crime seems too appalling, too confounding to accept on its own terms.

Earlier this week, when a torso washed up on the shores of Copenhagen, it was perhaps inevitable that the ongoing investigation into the disappearance of Kim Wall, the Swedish journalist last seen boarding a submarine designed and captained by a Danish inventor, would earn comparison to various works of Scandinavian crime fiction. All the same, it’s chilling to see how deep the comparisons run, and how conversant we all seem to be in the touchstones and tropes of crime in the far north, as though there were really no other reasonable way of thinking or talking about the region, its people, and their uncanny ways.

On Wednesday morning, Copenhagen police announced that DNA tests indicated the torso found on the southwest edge of Amager Island was indeed Ms. Wall’s, and that Peter Madsen, the inventor with whom she apparently spent her final minutes, remained in custody on preliminary charges of involuntary manslaughter. Madsen’s story has evolved significantly in recent days. First, he claimed to have returned Wall safely to shore. Then, he admitted she died aboard his sub and was later buried at sea; there was no mention of decapitation, pre- or post-mortem. On Wednesday, Madsen’s only statement came by way of his attorney, who said her client “[found] it positive that there is a final clarification.”

The international press was quick to draw the link to the region’s fiction. Reuters called the case “a macabre tale worthy of a Stieg Larsson novel.” The New York Times reminded readers that the popular TV show, The Bridge, began with the discovery of a mutilated female body off Copenhagen’s shores, and noted that “Scandinavian television and literature often portrays the dark currents under the surface of countries famous for safety, happiness, free education and free health care.” Christian Jensen, editor of the Danish daily Politiken was quoted at length: “This is a story about the bright Nordic region where dark forces lurk underneath the surface of our well-kept welfare states. There is an undercurrent of evil, and that’s the noir also found in literature.” The media, it seems, as well as the public, are eager to fit this story into the strange, sordid narrative that has been built up over the last two decades about Denmark, Sweden, and Norway, which are by almost any measure among the safest, happiest countries in the world—until they’re not.

Not since Faulkner’s Mississippi or Chandler, Cain, and Macdonald’s midcentury California has a region been so closely and thoroughly defined by a literary subset. But how did we get here with Scandinavia, of all places? How does a region known for strawberries, fjords, and hardscrabble philosophy come to be the world’s repository for tales of baseness, corruption, and all manner of sadistic acts?

One answer, of course, is working hard at it. At any given moment, a substantial portion of the region’s well-organized literary community is dedicated to writing and translating mysteries. The evolution happened quickly. Anders Roslund, one half of the celebrated crime partnership of Roslund & Hellström, recently described in Lit Hub how, in a span of just 20 years, Nordic Noir rose from the “bottom of the box” to the “top of the heap” in the crime world, to the point where Sweden’s prime minister could cite hardboiled novels during a national address and inform his audience that “he had been inspired by them to search for solutions to the problems of Swedish crime.” Whether it’s Henning Mankell’s Wallander series, Jo Nesbø’s latest novel, or the ongoing exploits of Lisbeth Salander, hardly a year passes without multiple Scandinavian mysteries finding their way to the top of the international bestseller lists. Literary authors do occasionally break through from the region—Karl Ove Knausgaard or Per Petterson, for example—but for every one who does, it seems there are six crime writers waiting in the wings with the newest installment of their hit series, plus three new TV programs being devoured by audiences around the world.

But the Kim Wall case, and its too neat fit with the region’s literature, may hint at something darker behind our fascination with Nordic Noir. From the British countryside to the drawing rooms of New York to placid small towns the world over, we’ve always shown a penchant for crime in unexpected places. The element of surprise is one explanation; another is something meaner, a part of us that wants to be confirmed in our suspicion that those who seem to have life the most figured out are the ones we least can trust, and that at any moment the veneer of peace and happiness will break apart to reveal something even darker and uglier than our own readily apparent shortcomings and vices.

In Scandinavia, there’s a well-known concept called Jantelaw, first defined by the writer Aksel Sandemose. The law has ten sub-rules, but the Danish author Dorthe Nors once summarized it for me this way: “[Jantelaw] says you should never think that you’re better than anyone, and if you step outside this small circle… we’re gonna get you.” I sometimes wonder whether the same instincts aren’t at play in our endless appetite for Nordic Noir, or in our ready acceptance of dark turns in true stories like the death of Kim Wall.

What happens when the idea of a city, a country, or a region gets overwhelmed by the darkest version of itself, when its criminal underbelly seems to be the only thing anyone really cares about? Nothing, maybe. Maybe we have only ourselves to blame. All the same, we might do well to take a deep breath and close the latest thriller before drawing any conclusions about what befell Kim Wall in Copenhagen Harbor. The headlines are plenty horrifying, and we haven’t any need to go looking for fiction where the truth ought to do. 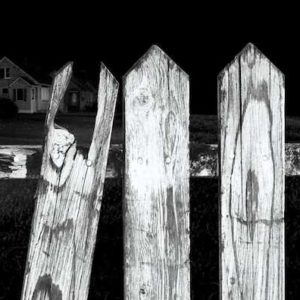