My Sister, The Serial Killer is looking like one of the year’s most hotly anticipated debuts, a dark, scathing, insidious, and wickedly funny novel about an embittered young woman who has come to realize that her sister—the good child, the one who seems to be so perfect—is actually killing her boyfriends, a fact that solidifies the sisters’ bond, as they need each other to cover up the crimes. The story is at once uproarious, shocking, and packed with emotional poignancy. 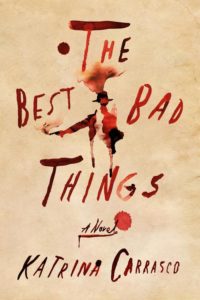 Katrina Carrasco’s debut revels in ambiguity, from its port city setting—harbors are, after all, the threshold between land and sea—to the protagonist’s approach towards the performativity of gender (a former Pinkerton detective fired for enjoying cross-dressing more than her bosses would like, who then adopts whatever gendered behavior suits her in the moment, refusing to give up her fluidity). While this book, like its characters, refuses to be defined, we consider The Best Bad Things to be in our corner (plus whatever other corner it wants to be in—no need to choose). 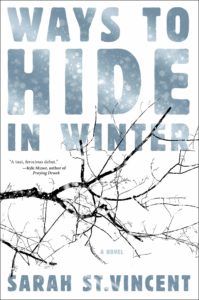 Sarah St. Vincent works as a researcher on surveillance in the United States when she’s not writing crime fiction, so It comes as no surprise that her debut is both concerned with domestic violence and written with the same careful wording, rigorous research, and righteous fury as St. Vincent uses in her day-to-day affairs. (Here, in an essay for CrimeReads, St. Vincent argues against the expansion of the surveillance state on national security grounds, pointing out that women are at far greater risk of violence from people they know than from foreign terrorists, yet domestic violence has never been used as grounds for warrantless wiretapping.) 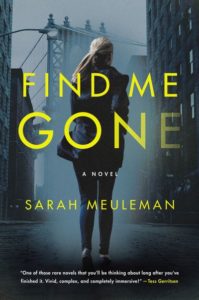 Meuleman’s debut novel is full of disappearances. In the mid-90s, in a small town in Belgium, girls begin to vanish, some turning up dead, setting of a frantic search for the killer and causing long-lasting anxiety among the populace. Years later, one of the girls not taken, but fighting her own demons, is living in New York and dives into an unsettling project: biographies of women authors who themselves disappeared: Christie, Woolf, and Barbara Follett. The stories weave together as the patterns become darker and more disorienting. Meuleman handles the intersecting stories masterfully, with a sense of foreboding and fatalism always present. This is one of the year’s most powerful debuts. 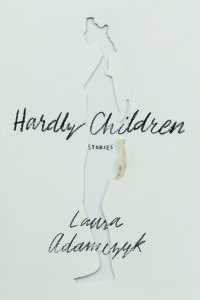 Adamczyk’s debut story collection isn’t exactly crime fiction, but there’s an undercurrent of dread and mystery running through all her meticulous and atmospheric tales, as well as the ever looming presence of death, a kind of secondary character, or maybe a setting, to so many of these disorienting stories. Adamczyk’s writing is full of disappearances and codes and characters searching for answers they can never really understand. It’s a penetrating, poignant book you won’t soon forget. 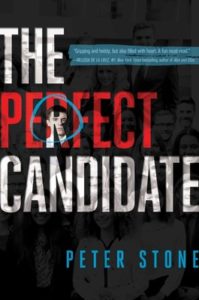 This is a solid, compelling debut in a booming books category, YA political thrillers. A California kid goes to Washington DC looking for some experience in politics and enough polish to leave his small-town roots behind. His Capitol Hill internship seems perfect until the only staffer to take an interest in the young man is killed, throwing our hero into a web of conspiracies and political intrigue. Stone is an engaging writer who looks poised to draw a new generation of readers into the pleasures of the political thriller. 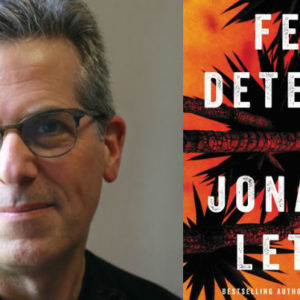 Interviewing Jonathan Lethem is a pleasure. On the phone and on the page, he is consistently inventive, philosophical, funny,...
© LitHub
Back to top