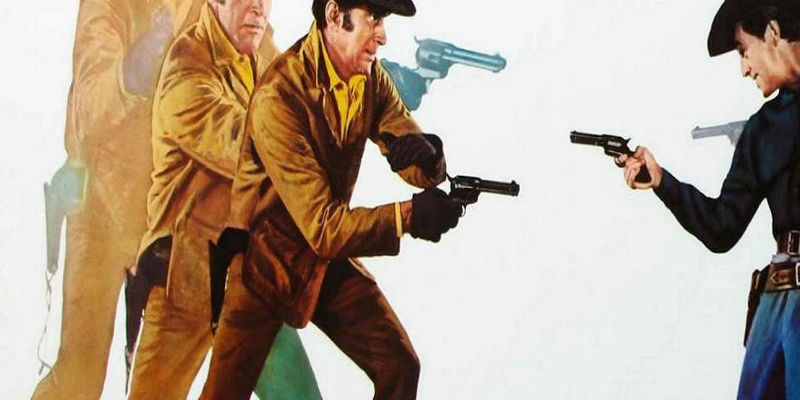 "Gunfights are chaos events...Nothing is clear, no one is heroic, self-urination is quite common."

Gunfights are chaos events. They make no sense, can never make sense. They are over in seconds. The men who fight them do so guided only by instincts that may or may not reflect training and experience. What happens—no matter how unlikely—happens, without recourse to do-overs, odds and the utter whimsey of luck. There are no rules. Nothing is clear, no one is heroic, self-urination is quite common (never shown in the movies). And they are incredibly loud, even though nobody’s hearing is working. Heartbeats go supersonic, blood chemicals mingle beyond any cocktail maker’s wildest imagination, no coherent thought forms in any brain, and luck is better than smarts, cover is more important than concealment, ammo is more important than heroism and too often the good die young.

I have pretty much spent my professional life trying to capture these moments in prose. Ask me why and watch my face go blank: no explanations beyond the fact that such happenings fire off lots of brain electricity, electricity is energy, energy is work, and work is–well, whatever it will be, from glory and dough to failure, ignominy and self-laceration.

I will say that in my 40 years of the bangbang part of kisskissbangbang it’s gotten harder. Two technical accelerations have made it so. The first is the ubiquity of the video camera, which provides in countless numbers what we’ve never seen before, that is footage of the Real Thing. Jittery and frequently out of focus, the footage nevertheless reveals the carnival of graceless randomness and confusion such events necessarily must be. No somersaults, no pliés, no syncopation. For a writer, they are too realistic. They satisfy none of the requirements of story and usually leave the sense of having seen a basketball game with guns instead of jump shots. Chronicling such a thing is beyond most.

The other Very Bad Development is the invention of Computer Generated Imagery in the movies. The smart guys in the bunkers of the San Fernando Valley can essentially invent anything and go anywhere. A camera in the meplat of a sniper’s bullet? Sure. The eruption of rounds in concrete within inches of the star’s face, spewing fragments at supersonic speed? No problem. The slow-motion twitchiness of a man going down under a fusillade of full-automatic, his body gushing blood like air from a birthday balloon? The only questions would be: how much, what color, and when it forms a pool on the asphalt, are their rainbow reflections?

I think it foolish and pointless for any thriller writer to try and imitate either the hyper-realism of authentic footage or the hyper-unrealism of the movie amplification. Some battles just can’ be won. To chart that middle course then, here are some principles that I have found helpful over the years.

First, the gunfight must be drama, not spectacle. That is, it must have meaning within the plot, it must express the personality of the characters involved in it, it must advance the action. We must learn something from it. It cannot signify nothing except sound and fury; it must communicate, explain or at least imply.

Still, it helps, I think, to have thought about the tools, understand how they operate and what their limitations are. They have to be reloaded, they have to be lubricated and cleaned. Rifles are far more accurate than handguns, and far more powerful. Rifle rounds will penetrate cover that handgun rounds will not, including most body armor. They are really loud. People who have been shot bleed a whole lot. The details are endless.

Perfect example: Thomas Harris knew that when a Colt revolver is cocked, it emits four distinct ticks. Folklore insists that Sam Colt was spelling C-O-L-T in that fashion—the first infomercial?—but when Clarice Starling hears the C and the O as Buffalo Bill is cocking, and she’s able to turn and fire before the L and the T arrive, it makes perfect sense. (What doesn’t make sense is why BB chose to cock instead of just clicklessly pulling the trigger. That is something I intend to discuss with Harris when we meet in the bar in Thriller Writer’s Valhalla sometime in the future.)

Third—I steal this from a comment made by France Ford Coppola on “The Godfather”—it’s always helpful to try to invent one little detail that hasn’t been seen before or at least isn’t so common it’s become banal. The classic is the scene when Michael head-shoots two enemies in a restaurant, a puff of atomized blood arises behind each. Wow. Sam Peckinpah never thought of that one! The billowing mist cements the image into your brain. What’s even more interesting is that in Mario Puzo’s original, the blood cloud is described as well; it existed in prose before it existed on film.

I have built my accounts of gunfights around such things as muzzle flashes, the sensation of recoil, the inner silence that a shooter experiences. In a non-fiction book about an actual assassination attempt that produced 38 seconds of gunfight on Pennsylvania Avenue, my account was exactly one sentence long. It was a ten-page sentence, however, without punctuation or capitalization, in an attempt to reflect the breathlessness and speed of the event. Did it work? Opinions vary.

Fourth, it is always better that the antagonists know each other. That is seldom the case in police-involved shootings, but to give the fight dramatic weight, a history between antagonists is pretty much mandatory. Fights between strangers lack impact and I have sometimes been clumsy in putting folks who will later shoot it out in eye-contact range. In my opinion, it can’t be helped.

Fifth, limit the compass of the action, and define it precisely. A gunfight without a space to contain it is like tennis without a net or baseball without a diamond. Moreover, this helps you clarify the action. The reader must know where we are and where they are, and how we must move to bring fire on them and what the problems will be in moving from here to there, exactly as they are trying to move from there to here. But: keep it simple. You don’t need one of those military maps with flags and triangles and little tanks all over it. Those things give me a headache.

Sixth and last: avoid silly mistakes. It’s not gunpowder, it’s not cordite, it’s powder, technically smokeless powder. There’s a decimal point before calibre but not millimeters or gauge. You can’t put a silencer on a revolver. A gun that’s been secretly unloaded will be significantly lighter than one that hasn’t. Revolvers don’t eject shells. You can’t attach a scope to a rifle and shoot accurately–you have to re-zero the rifle, that is index the point of impact to the point of aim.

It’s probably close to unforgivable now to make such mistakes, with the Internet providing universes of information just a few keystrokes away. The other day I learned what “hip subluxation” was, and although I’ve now forgotten, I used it twice before it vanished from mind, so the transaction was quite satisfactory. You can do the same with “meplat,” “twist rate,” “quarter-bore” and “fps.” Remember: aim small, miss small. 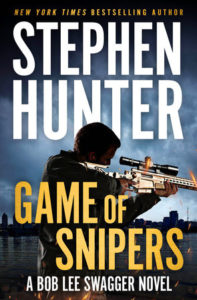 Stephen Hunter is the author of 20 novels and the retired chief film critic for the Washington Post, where he won the 2003 Pulitzer Prize for Distinguished Criticism. His novels include The Third Bullet; Sniper’s Honor; I, Sniper; I, Ripper; and Point of Impact, which was adapted for film and TV as Shooter. His latest novel is Game of Snipers. Hunter lives in Baltimore, Maryland.

Counting Down the Greatest Crime Films of All-Time: #43 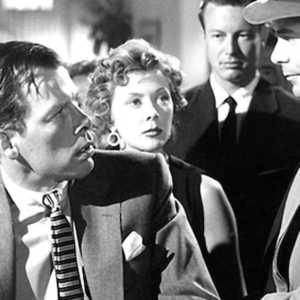 Counting Down the Greatest Crime Films of All-Time: #43