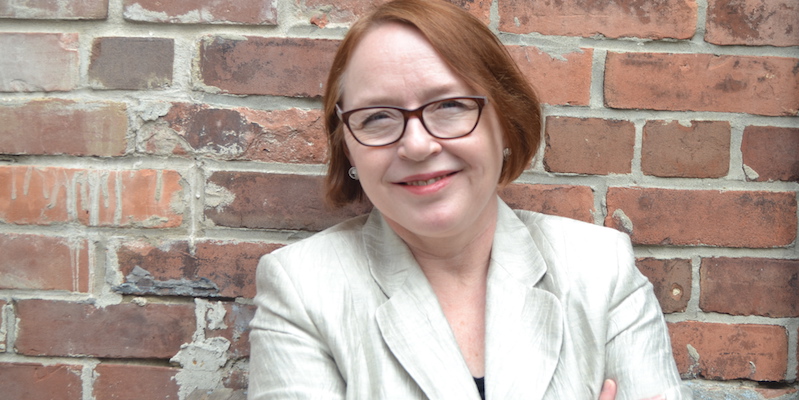 There are plenty of safe homes, good neighbors, and happy families in the world. Just not in the books of Shari Lapena.

Shari Lapena is, quite simply, one of the best suspense writers around. Her 2016 debut, The Couple Next Door, became a massive sleeper hit, and each of her works to follow have included the same trademark eeriness and disruption of the familiar that so captivated her first readers. While her novels have focused on the sphere of domesticity for the most part, last year’s locked room mystery told from a host of perspectives and set in a ski resort hinted at the possibility of more traditional mystery fare to come, and I wouldn’t be surprised to see Shari Lapena’s work equally lauded in the future by fans of traditionals and psychologicals alike. We asked Shari Lapena a few questions over email about her work, her approach to suspense, and her latest book, Someone We Know, now available from Pamela Dorman Books.

CrimeReads: Your works, and especially The Couple Next Door, have firmly established you in the world of suburban suspense; but perhaps, given your locked room mystery An Unwanted Guest, it would be more accurate to say you specialize in mysteries set in closed societies and contained spaces. Can you tell us a bit about how you use territory to create a sense of claustrophobia and build suspense?

Shari Lapena: That’s interesting. I think you’re right that my stories take place in relatively closed spaces, within families, neighbourhoods, and close relationships. How I create a sense of claustrophobia and build suspense—it’s really about how the characters feel trapped by their situations, which become increasingly threatening, and by their choices, which become increasingly limited, so there’s an internal kind of claustrophobia that translates to any setting—whether it be a hotel, or a small suburb. That’s really what psychological suspense is all about.

Your latest uses a beloved trope that I haven’t seen nearly enough of in contemporary suspense—the anonymous letter. What did you want to explore about how rumors and anonymous sources can disrupt a close-knit community?

I love the idea of an anonymous letter too. The beauty of any kind of anonymous note is that it gets all the characters working on overdrive to figure out who’s behind it. It sparks distrust. Who knows their secret? It gives you lots of scope to explore different possibilities, which I love. Usually the person who sends an anonymous letter is a spoiler, a disruptor. Here, however, Olivia merely wants to apologize for her son, but it triggers all sorts of unexpected effects. Which is another thing I love—unexpected results from innocent actions.

The teenagers in Someone We Know start out quite irresponsible, but there’s more to them than we’d think (and less to their fathers than one would hope) Without giving anything away, what was your inspiration for the complicated family dynamics on display in your latest?

I’m always interested in complicated family dynamics. You know Tolstoy famously said, “Happy families are all alike; every unhappy family is unhappy in its own way.” I would add that every dysfunctional family is dysfunctional in its own way, which is what makes it so interesting. There are all sorts of ways that individuals and families break down. I’m an observer—I listen to other people, read a lot. I find human psychology, and the way people fit together and chafe against each other—absolutely fascinating.

Upstate New York is such a perfect setting for a murder mystery—the bucolic surroundings hide the nearby city and vast countryside that allow for any number of permutations on a disappearance. What drew you to this setting?

My fictional town of Aylesford is actually loosely based on Poughkeepsie, in New York State. It’s a great setting, because as you say, it’s a decent sized city, not far from the Catskills, and close enough by train to Manhattan—so all kinds of opportunities there.

Your plots are carefully constructed to stretch out the suspense and deliver as many twists as a reader could hope for. What’s your advice when it comes to building suspense and crafting plot twists?

“Building suspense is all about upping the stakes for your characters—which often, in my books, means giving them more and more legitimate reasons to distrust their nearest and dearest…”

Building suspense is all about upping the stakes for your characters—which often, in my books, means giving them more and more legitimate reasons to distrust their nearest and dearest, and making their suspicions and what might happen next ever more terrifying.

The key to twists is that they have to be absolutely right. A twist has to be completely believable, in that it can’t just come out of nowhere—it has to be properly set up. But at the same time, a twist has to be a surprise—you didn’t see it coming. If it’s not a surprise, then it’s not a twist.  It’s a fine balance. A good twist is set up so well that the reader says, “I can’t believe I didn’t see that coming!” It’s believable because you’ve set it up, but you’ve used some deft sleight of hand to distract the reader from what you’re doing, so that it’s a surprise.

Your writing frequently makes use of interlopers to disrupt a community, and each title alone emphasizes a safe space disrupted, watched, or invaded; whether that’s the neighbor watching through the window, the guest who no one wanted at the resort, or the teenager breaking into people’s houses and discovering their most intimate secrets. What draws you to that moment of disrupted domesticity? Is a safe and comforting home always an illusion, or just an illusion when it comes to suspense?

‘Disrupted domesticity’ is an excellent phrase! That’s exactly what it is, what I’m always starting from. It’s the starting point for the unravelling of the relationships in the story. I write domestic suspense, so of course the households in my books are not ideal. I don’t think a safe and comforting home is always an illusion—of course they exist, but I think anyone who lives in the real world is aware of how often that simply isn’t true. Of course, we thriller writers like to play up just how awful it can get.

As a former English teacher steeped in the traditions of the genre and the wider literary world, what are some of influences? Do you find yourself drawing from some unexpected corners of the writing world?

My influences are many and varied, from Agatha Christie for her amazing plots and understanding of human nature, to Patricia Highsmith for her portrayal of the psychopathic mind, to a slew of modern domestic suspense writers like Gillian Flynn. I also love Shakespeare and the English and Russian classics. I read widely, including non-fiction and history. I’m like a magpie, getting bits of interesting material from all over. Reading is my first love, writing a close second.

And one more question about writing: what’s the key to keeping the pages turning?

I think the key to keeping the pages turning is to raise a lot of questions that the reader is desperate to have answered. People simply want to know. What’s going to happen next? What is he up to? Did he kill his wife? What is she going to do now? The human mind always wants to have its curiosity satisfied—you have to come up with some really compelling questions, and then you have to release the necessary information at just the right time for maximum tension, preferably upending expectations with a great twist. 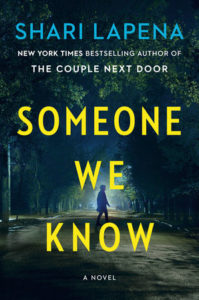 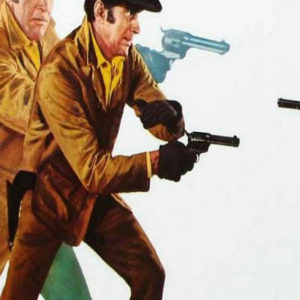 Gunfights are chaos events. They make no sense, can never make sense. They are over in seconds. The men who fight them do so guided...
© LitHub
Back to top