Or, when bad things happen to good people (who’ve been lured in by the promise of utopia).

All authors construct self-contained worlds for their novels, but books that take place within the confines of alternative communities create their own insular little bubbles that I find myself drawn in by every time. Creepy charismatic leaders? Weird nonsensical rules? Devotees questioning their choices? I want it all. So, it’s no wonder that when I started a new novel, I created not one, but two cults—one a strict spiritual compound and the other an anything goes free for all. Both prove problematic (an understatement) and beg the question: how does a place conceived of as an idyllic escape from the world go so horribly wrong? The novels below all ask this same question, then take it one step further—murder, disappearances, criminal undertakings, daring pursuits! These books will have you simultaneously riveted and horrified. And even more convinced that you’ll never fall victim to the lure of a promised utopia. 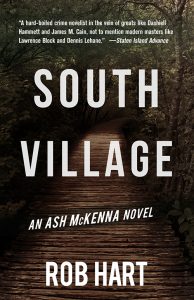 Ash McKenna plans to waste some time on a commune in the Georgia woods, but when one of the commune members ends up dead, Ash uses his amateur P.I. skills to uncover that this was no accident. A faction of rogue community members who put Ash’s life in danger and a bunch of kooky commune members make this a quintessential commune gone criminal read.

The Illness Lesson by Clare Beams

This dark edgy novel is a triple threat: part historical fiction, part feminist thriller, part supernatural fable. Samuel Hood is the founder of a school devoted to teaching girls that they are capable of more than just domesticity. His daughter, Caroline, a teacher at the school, is skeptical of the experiment, and her unease only grows when Eliza shows up. Not only is Eliza the daughter of a man who fictionalized Samuel’s original utopian experiment in a popular novel, but she’s also the first to develop strange physical symptoms. Then Caroline falls ill. There are three utopian communities at play here, each creepier than the last. 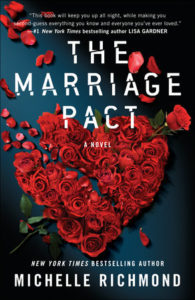 The Marriage Pact by Michelle Richmond

A newlywed couple receive and accept a peculiar wedding gift—an invitation to The Pact, a group whose goal is to keep couples together and marriages happy. There are rules, but none seem too difficult (always answer your spouse’s call, give thoughtful monthly gifts). When the couple doesn’t read the fine print, they find out that not only are the punishments draconian, but that they’ve joined a cult they’ll have a hard time escaping. 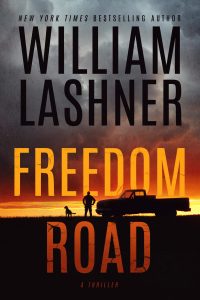 More family noir than straight up crime, this fast paced but often funny novel follows Oliver Cross as he trails his wild child granddaughter and her drug dealing boyfriend to the commune Oliver and his wife lived on in the late sixties. Oliver’s running from the present (a Russian drug lord) and reckoning with the past (his wife’s death) in this on the road adventure about an old hippie turned curmudgeon.

The Girls by Emma Cline

This reimagining of the famous Manson murders is told from the point of view of Evie, a young girl enamored with “Manson’s Girls,” particularly Suzanne who becomes part sister, part lover, part caretaker. Evie’s position at the edge of the “family” provide the book with the observational stylings of literary fiction, but the grisly and historical murders will keep any crime lover turning the pages. 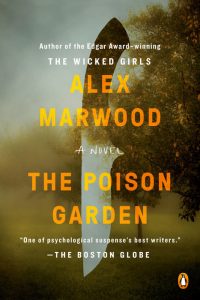 The Poison Garden by Alex Marwood

Twenty-one-year-old Romy is the only adult survivor of the messianic doomsday cult she was brought into as a toddler. Now pregnant, she is determined to find her two siblings and avoid dealing with the horrors of the cult’s past. This disturbing psychological thriller jumps between past and present, as well as Romy and her mother’s narratives, taking the reader on a disturbing ride that eventually leads to our understanding of the cult’s cataclysmic ending. 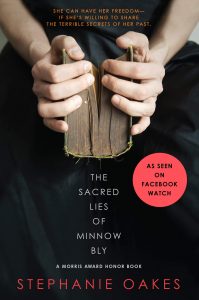 The Sacred Lies of Minnow Bly by Stephanie Oakes

Minnow has spent her life in an extreme cult that inflicts sadistic punishments. After her hands are cut off, she escapes but is taken to a juvenile detention center where she has to reckon with the events that lead up to her incarceration. To make matters worse, an FBI agent is convinced Minnow knows more than she’s admitting about the destruction of the cult and the death of its prophet. Classified as a YA book, this truly creepy novel will get any reader’s heart racing.

Melanie Abrams is the author of the novels Meadowlark and Playing. She teaches writing at UC Berkeley and is married to the writer Vikram Chandra. They live with their children in Oakland, CA.

The Most Iconic Detective Sidekicks, Ranked 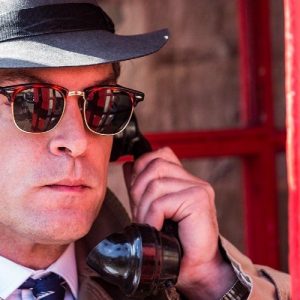 The Most Iconic Detective Sidekicks, Ranked

Friends, Romans, countrymen, lend me your eyes. The time has come to do a giant, comprehensive ranking of the detective...
© LitHub
Back to top