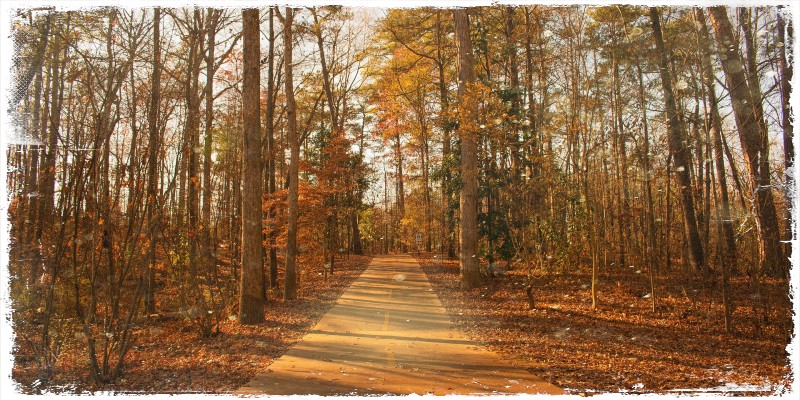 Just a few words about the scribes living in The Empire State of the South.

Especially right now as I write this. I’m not sure if it’s chaos or tranquility out there, since I’ve been locked up in the house with my kids for a month learning why public school teachers should earn at least a million dollars a year, but I hope everyone out there is keeping their heads down and being safe. I’m not going to harp on the madness in the world for too long because that’s not what this article is about, but I will just say a few things about the effect this pandemic is having on my state, and then we can move on to the good stuff.

I’m not sure about the rest of the world, but it would seem like we Georgians have got some questionable decision-making being done at the top of our food-chain—or maybe not. Misinformation is rampant and people are confused, scared, and angry. Since I’m a writer and practically live my life sheltered-in-place anyway, the effects on me personally are minimal at best, but my friends in EMS and on the Fire Department are wading in a world of hurt right now, as are the small business owners and indie bookstore owners, who are struggling to stay afloat. So that means I should try to help out in some small way by at least keeping y’all entertained by talking about about some of the writers in Georgia who can provide those people with either a product to sell, or at the very least, some long-sought-after escapism from the nightmare outside. It also doesn’t hurt to know that this crisis is taking time away from our Georgia leaders making any drastic decisions about some of the more archaic and damn-near dystopian laws looming over our heads. (I’ll give you hint, one of those bills rhymes with Smart Feet). Another bright side to all the worrying is that we still have the largest amount of people per-capita here that think the smell of a gas-carbureted engine outdoes a whiff of Gain’s Original Scent Laundry Detergent any day of the week, so that will always warm my heart…

But as whacko as the current times may be, we Georgians have a few things to offer to ease the pain—or at least the boredom. Yeah, that’s right. We got us a metric-ton of hella-good, insanely talented writers here churning out the best books you need to get through this.

And believe me when I say—books can heal.

Georgia is home to a virtual laundry list of creators and storytellers that can step up and go toe to toe with anyone, anywhere, at any time. (That’s right. I’m talking to you, Mississippi.)

I can obviously start with our legendary frontrunners like Flannery O’Conner or Frank Yerby, both of who are undisputed literary champions. And, hell, we can even claim Pat Conroy as ours—oh, yeah—he was Georgia born, baby. Sorry, South Carolina, we know he loved y’all, too. But the truth be said, I don’t need to dig into the archives to prove Georgia is a hotbed of literary wonder, controversy, and excitement. I can just talk about a handful of folks you might not know about—yet—or some of the authors published recently that I’ve read until my eyes bled.

I’ll start with a fella named Peter Farris. Maybe some of you aren’t familiar with Mr. Farris, but you should be and here’s why. Way before I ever sat down at a computer for the first time and tried my hand at writing my first story, I picked up a book called Last Call For The Living. It came out in 2012 and it wasn’t just the killer premise on the back cover that struck me, it was that Farris lived in North-East Georgia. That’s where I live. And that’s also where the novel was set. I read that book cover to cover in one sitting and was completely blown away. So was the crime readers world at large. It made waves. It’s fair to say Farris was one of my original inspirations to become a writer. His follow up, Ghosts In The Field, and his latest novel The Clay Eaters has made Farris an award-winning household name in France and remains to this day one of the single best crime writers I’ve ever read.

Next up, is my dear friend, Trudy Nan Boyce.

Mrs. Boyce burned out a trilogy of high-crime novels from 2016 to 2018 that all ooze with vivid characters and bone-chilling suspense. Pulling from Boyce’s background as a beat cop, a homicide investigator, and a hostage negotiator right here for the Atlanta Police Department, there aren’t many other authors out there that can pull off the pure and natural clarity, or even the history of the city of Atlanta, better than Boyce through her main protagonist, APD Officer/Investigator Sarah “Salt” Alt. The trilogy ends with a beginning, my personal favorite of the trio of books, The Policeman’s Daughter, that serves as a prequel to Out Of The Blues, and Old Bones. Go buy them all, but just make sure you’ve got a few days to burn (now would be a good time since all y’all are quarantined) because you’re simply not going to be able to set them down.

But okay, maybe rollercoaster police procedurals aren’t your thing. That’s cool, because Georgia also happens to be home to one of the finest literary-mystery writers working today. Christopher Swann (Who I affectionately call “The Other ‘Lions’ Book Guy”) can cook a mystery with a slow burn that builds and builds until you don’t even realize you’re being set on fire. Shadow of the Lions released in 2017 is a brilliantly paced novel that doesn’t pander to its readers at all. It’s smartly written and makes the reader face atrocities in the world as realities, because guess what? THEY ARE. Swann’s next novel, Never Turn Back, out in 2020, is one of the most anticipated crime novels of the Fall. And that’s for a good reason. Not many authors can keep you guessing without resorting to gimmicks or clichés like Swann can. He’s writes with pure heart, all the time, and it shows on every page.

Now here’s a story for you. How about one about a New York Times best-selling author of young adult novels, who wrote a book, not just about a single crime to be solved, but about an ongoing crime that has haunted our nation for decades? A book so visceral and poignant that it was able to put a 47 year old white guy like me directly into the size eleven shoes of a teenage black kid and forced me to relate directly to a boy’s struggle to come to terms with the type of heinous shit that no one should ever have to come to terms with. That’s exactly what Georgia writer Nic Stone did with her incredible book for young readers, Dear Martin. She engaged a nation in a long overdue conversation with that book. But, wait—the story gets even better. The book was apparently deemed “too controversial” for the high school students in one Georgia county so it was quietly removed from the recommended reading list for its students. I’m sure that had to sting the author, but what did Stone do? She visited that particular county and addressed a packed house of parents, educators, kids, and all readers alike of all creed and color—for free—and then GAVE AWAY copies of Dear Martin to any student in attendance that wanted one.

That’s Georgia, baby. That’s how we do things.

I could go on and on about the master-class crime writers residing in my home state, like Karin Slaughter, who is about to be a new Netflix darling for her spectacular novel, Pieces of Her or Joshilyn Jackson, clearly two of our finest examples. Or Thomas Mullen, who not only gets better and better with every book but manages to stay one of the humblest souls I’ve ever met. But I think I’d like to end this list with a man I’ve been reading since I was a little kid. Long before I ever thought I’d be capable of making a living at writing stories myself.

Let’s talk about Paul Jenkins. Paul is a British Expat who relocated to Atlanta and is best known for his work in comics and graphic novels. He helped created the Teenage Mutant Ninja Turtles and was the man Marvel came to when they finally needed a backstory for their flagship character, Wolverine. He’s also a novelist, a screenwriter, a multi-media artist, and get this, a lot of what people are experiencing on the big screen these days via The Marvel Cinematic Universe sprang directly from the head of Paul Jenkins, including the long-awaited Marvel Phase-Four film, The Inhumans. Jenkins is also the first author to create the world’s first Transgender Crimefighter in his series of Graphic Novels, The Alters. So, someone please tell me again how Georgia isn’t diverse enough? We invented the word, folks. Don’t let the stereotypes fool you.

Be safe out there and take care of one another.

Brian Panowich is an award winning author, a Georgia firefighter, and a father to four incredible children. His first novel, Bull Mountain, was a Los Angeles Times Book Prize finalist, ITW Thriller Award winner for Best First Novel, Southern Book Prize winner, and a finalist for both the Anthony and the Barry Awards. He lives in Georgia with his family. His latest novel, Hard Cash Valley, is now available from Minotaur Books.

Eight Novels for the Eerie Days of Summer 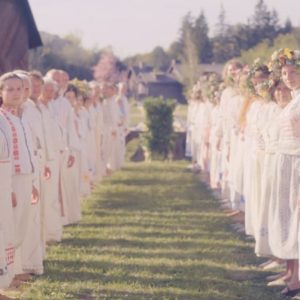 All authors construct self-contained worlds for their novels, but books that take place within the confines of alternative...
© LitHub
Back to top