8 True Crime Books You Should Read This February 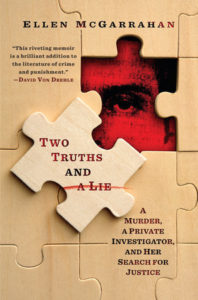 In 1990, Ellen McGarrahan, then a reporter working for the Miami Herald, attended the execution of Jesse Tafero. The bungled execution stayed with her for a long time after, and the haunting only grew worse when she learned, years later, that there was serious doubt as Tafero’s conviction. McGarrahan eventually left behind life as a reporter and turned private investigator. From her new perspective, she decided to delve into the case to find out what really happened, and to wrestle with some of her own demons in the process. Two Truths and a Lie is a powerful story driven by intense, dogged research, told by a writer with great skill. This is sure to be one of the year’s best books in nonfiction crime. –Dwyer Murphy, CrimeReads Editor-in-Chief 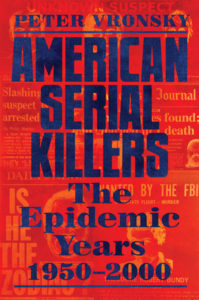 The postwar period has come to be known, in some macabre circles, as the Golden Age of American serial murder. Peter Vronsky, one of the foremost chroniclers of modern serial killer stories, here narrows in on that period and frames the stories of these men, driven to kill in succession, as a kind of “epidemic.” Looking at their stories together offers insight into what drove them, but more than that Vronksy pieces together a theory of the unique American moment that gave rise to these terrible crimes. –DM 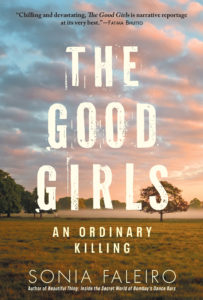 Sonia Faleiro is a narrative journalist with a talent for nuance and ambiguity, and in her new work of true crime, there are no easy answers—only hard conversations that the world must, and should, be having. The girls of Faleiro’s title, two teenagers growing up in a remote agricultural town in the state of Uttar Pradash, are murdered in the fields around their village after weeks of rumors and escalating tension. The Good Girls will not be a happy story. But it is an essential story. –Molly Odintz, CrimeReads Senior Editor 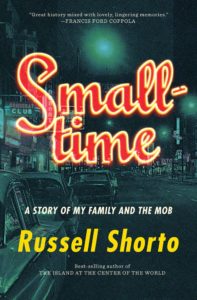 Russell Shorto, Smalltime: A Story of My Family and the Mob
(Norton)

Growing up, Russell Shorto knew he was named for Russ Shorto, a mobster who ran a small criminal empire in Johnstown, Pennsylvania, but it wasn’t until recently that he started to get curious enough to look into the matter. Smalltime promises to be a lively journey into the illicit pastimes of factory towns in decades gone by, and the charismatic leaders of the underworld who lived to provide such entertainment. –MO 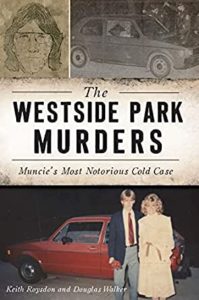 In 1985 two teenagers, Kimberly Dowell and Ethan Dixon, were murdered in Muncie, Indiana. The killings spun out national headlines and a range of theories. (One of them involved Dungeons & Dragons, that 1980s boogeyman.) The community was rocked, and two reporters at The Star Press, Roysdon and Walker, were assigned to the story, which went unsolved for decades. They would occasionally check back in for new leads and angles, and after thirty years, with a new person of interest, they’ve performed their most detailed examination of the case to date. The Westside Park Murders is at once a vivid true crime account, but also something bigger, a portrait of a community bound in grief, reckoning with the kind of questions that won’t ever go away. –DM 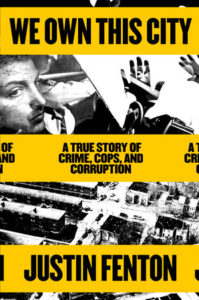 Justin Fenton, We Own This City
(Random House)

Fenton’s We Own This City is nonfiction writing at its most urgent and essential, as he unfolds the story of Baltimore’s Gun Trace Task Force, led by Sergeant Wayne Jenkins. The Task Force was put at the helm of the city’s efforts to get guns off the street and quell the violence that was bubbling up following the death of Freddie Gray in police custody. Instead, the force went on a crime spree of its own, stealing, skimming, intimidating, planting evidence, and generally turning itself into a dreaded band of corrupt stormtroopers. Fenton, a reporter at the Baltimore Sun, lays out in full and shocking detail the Task Force’s crimes and how they spread like a poison throughout a city that was already grieving. –DM 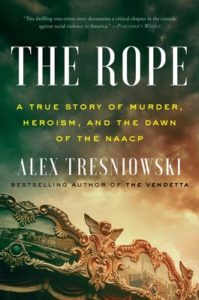 Alex Tresniowski, The Rope: A True Story of Murder, Heroism, and the Dawn of the NAACP
(Simon & Schuster/37INK)

In this riveting true story, Alex Tresniowski tells the intertwined stories of a crusading reporter, an innovative detective, and a man unjustly imprisoned. When Marie Smith was murdered in a New Jersey resort community in 1910, town leaders immediately tried to pin the murder on a local Black man. Only thanks to the diligent efforts of a pioneering detective and a nascent civil rights movement was the true culprit discovered and the falsely accused suspect set free. You’ll read this in a night, I promise! –MO 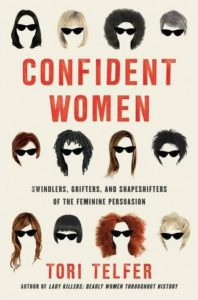 Telfer’s portraits of women criminals are always clever and compulsively readable. Last time around she was looking at women who kill; this time the material has a little more zip and glamor, though no less crime. In Confident Women, Telfer profiles women scammers, swindlers, hustlers, and all around confidence artists down through the ages, offering up plenty of compelling theories, patterns, and insights along the way. –DM 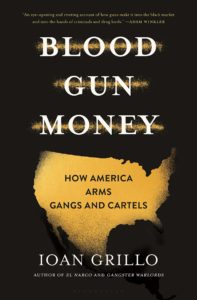 The debate over gun control may flare most just after a mass shooting, but the everyday realities of gun violence are often intertwined with the realities of the drug trade and armaments manufacturing. In his new book, Ioan Grillo looks at the ease by which legally purchased weaponry makes its way into the illegal arms market, and the efforts of the gun lobby to derail any attempts at closing the loopholes that prevent effective arms control. –MO 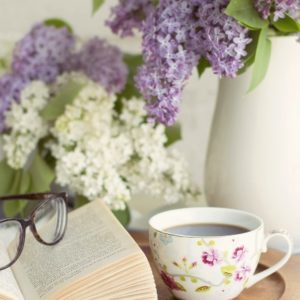 When I tell people that I write cozy mysteries, the most common question I get is “Who are you and why are you knocking...
© LitHub
Back to top