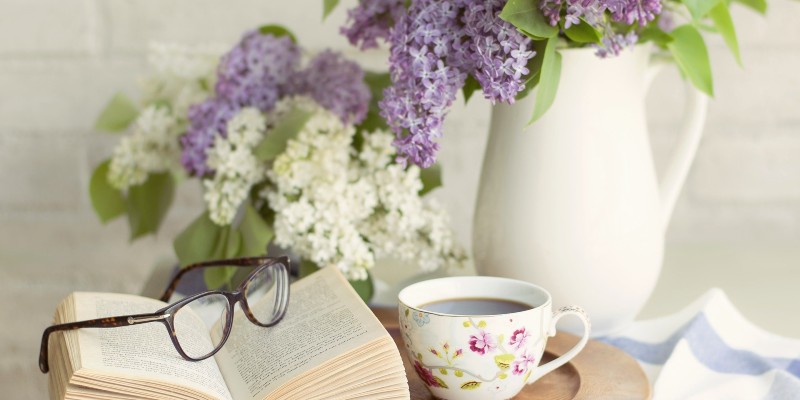 The cozy mystery groundwork was laid almost 100 years ago, by Agatha Christie herself. Today's authors are pushing the genre into new territory.

Cozy mysteries are fun, light-hearted adventures—with a side of murder. A reluctant sleuth in a quaint town filled with zany characters follows a twisty trail of suspects and clues to uncover the unlikely killer. Compared with their more hard-boiled mystery cousins, cozies have surprisingly little blood with their murders, and limited adult situations—with no strong language and no sex.

The first full-length cozy mystery appeared in the 1930s, featuring Agatha Christie’s Miss Marple. Christie’s books coined the phrase cozy, and set the stage for all the cozies to come—a highly intelligent, nosy, regular Josephine (I’d say Joe, but the main character is most often female) who solves crimes by relying on their shrewd wit and the local gossip, rather than digging into forensics like a Sherlock Holmes might. They have evolved with the times, but cozies endure as a popular—and fun!—genre.

Many cozy mysteries remain essentially unchanged since their creation nearly a century ago. Lilian Jackson Braun’s The Cat Who… books are an enjoyable series of a dozen mysteries, which other than having a notable male protagonist, are a perfect example of the genre. Dorothy St James’s The Broken Spine and Laurie Cass’s Gone with the Whisker are two more examples of fantastic embodiments of delightful traditional cozies—each with a brilliant female librarian with a mischievous cat and a penchant for solving murder in a charming setting.

However, the genre has expanded over the years to include edgier books, which deal with serious social issues, darker themes, or other real world subjects that straddle the line between cozies and traditional mystery. Leslie Meier’s Irish Parade Murder explores the topic of police use of force and the blue shield that protects them. Karen MacInerney’s Margie Peterson Mysteries deal with divorce and messy family issues, while her Dewberry Farm Mysteries touch on domestic violence. Then there’s the magnificent Charlaine Harris, who is best known for her Sookie Stackhouse The Southern Vampire Mysteries that were the basis of HBO’s True Blood. She also writes conventional cozies, such as the Aurora Teagarden series (which are featured on Hallmark Movies & Mysteries) in addition to edgier books that range from the Harper Connelly Mysteries where after a brush with death, the main character gets visions that help her locate dead bodies to the more darkly noir Lily Bard Shakespeare Series wherein the titular character has a mysterious, violent past.

As cozies grow in popularity, they might be adapted into movies, but some popular television shows align with the cozy genre as well. I’d argue that Scooby Doo is, at its heart, a cozy cartoon. My personal favorites are USA Network’s Psych (I found the pineapple!) and BBC’s Death In Paradise. The most well-known cozy mystery television show, however, is the beloved Murder, She Wrote, which ran for a dozen seasons and has spawned more than fifty popular spin-off companion novels, including Jessica Fletcher and Jon Land’s Murder in Season and the upcoming  Killing in a Koi Pond by Jessica Fletcher and Terrie Farley Moran.

A new generation of cozies are appealing to a new audience. Abby Collette’s Ice Cream Parlor Mysteries, Mia P. Manansala Tita Rosie’s Kitchen Mysteries, and my own Brooklyn Murder Mysteries all feature Millennial main characters. Whereas traditionally, cozy heroines are often middle aged women, like Agatha Christie’s spinster busybody Miss Marple or Murder She Wrote’s Jessica Fletcher, these books trend younger. Manansala’s Lila Macapagal in Arsenic and Adobo, Collette’s Bronwyn Crewse in A Game of Cones, and Odessa Dean in my cozy mystery debut, Killer Content are all amateur sleuths in their early twenties, and all are characters that feel like they’d be fun to sit down and have a beer with when they’re not solving crimes.

Cozy mysteries have enduring appeal. Whether they are traditional, edgy, televised, or featuring a new generation, cozies will continue to entertain readers who enjoy a good mystery in a safe, comfortable setting with smart, lovable characters. 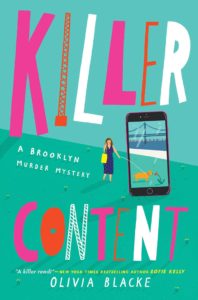 OLIVIA BLACKE (she/her), author of the Record Shop Mysteries, beginning with Vinyl Resting Place, and the Brooklyn Murder Mysteries, finally found a way to put her Criminology degree to good use by writing quirky, unconventional, character-driven cozy mysteries. Olivia is a little nerdy, a lot awkward, and just the right amount of weird. She is a recovering ex-Texan who resides with her husband Potassium and Baileycakes, their roly-poly rescue puggle. When not writing, reading, or spending way too much time on social media, Olivia enjoys Amigurumi crochet, scuba diving, collecting tattoos, watching hockey, and baking dog cookies. She wants to be a unicorn when she grows up.

8 True Crime Books You Should Read This February 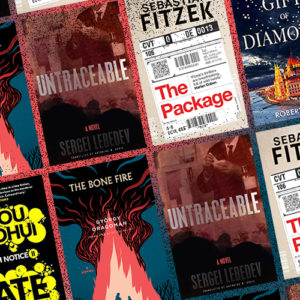 As winter storms batter much of the country, and treacherous films of ice cover the roads, we're even more homebound than...
© LitHub
Back to top